Presidents Joe Biden and Reuven Rivlin met on Monday as the US president honored his counterpart’s conclusion of his term, and demonstrated “the enduring strength of the US-Israel partnership,” as the White House press release put it.


President Biden “warmly extended an invitation for Prime Minister Naftali Bennett to meet with him soon at the White House and reaffirmed that this administration looks forward to close collaboration with the new Israeli government on the many important issues on the bilateral agenda.”

In a Sunday press briefing, White House spokeswoman Jen Psaki said that “a meeting with Prime Minister Bennett is expected, a date has not yet been set.”

President Rivlin said to President Biden, “Mr. President, I am really delighted to be here once again at the White House with you, the President of the United States. Israel has no greater friend and ally than the United States of America. You are our best friends and the bonds between the people of Israel and the people of America have always been based on the understanding that we share values of democracy and liberalism. Because of that, we may from time to time hold discussions on issues on which we do not agree. Your words just now deepen the understanding that we have a great friend in the White House. God bless you, God bless the people of America and God bless the relationship between our two nations and our two states.”

The two presidents discussed the threat posed by Iran to the entire Middle East and President Biden emphasized that under his administration, “Iran will never get a nuclear weapon.” He also assured President Rivlin that the United States “remains determined to counter Iran’s malign activity and support for terrorist proxies, which have destabilizing consequences for the region.”

Early Monday morning, the US Air Force carried out airstrikes on two Iranian proxy militias in Syria and Iraq. According to the Dept. of Defense, these two groups had recently been engaged in drone attacks against the US in Iraq.

The meeting was attended by Deputy Secretary of State Wendy Sherman, National Security Adviser Jake Sullivan, Coordinator for the Middle East and North America Brett McGurk, and the Advisor in charge of Israeli and Palestinian affairs, Julie Sawyer.

The two leaders discussed opportunities to enhance peace and stability in the Middle East and beyond, and President Biden expressed his strong support for the normalization of relations between Israel and other countries in the Arab and Muslim world.

Biden and Rivlin also discussed “recent developments in Gaza and the West Bank” and Biden emphasized the importance of “Israel taking steps to ensure calm, stability, and to support greater economic opportunities for the Palestinian people.” Biden also suggested that “a negotiated two-state solution remains the best avenue to achieving a lasting peace.” Let’s hope he doesn’t go beyond that polite suggestion.

President Rivlin noted that the State of Israel attaches great importance to strengthening the Palestinian Authority, partly because of the threat posed by Hamas. In this regard, President Rivlin stressed that the rehabilitation of Gaza would only be possible when it was understood that the issue of Israel’s missing soldiers and civilians, held by Hamas, needed to be resolved. The president reiterated that the Abraham Accords were a turning-point in regional relations between Israel and its neighbors, saying that Israel would welcome and appreciate any American support for strengthening the circle of peace.

President Rivlin later met with House Speaker Nancy Pelosi, who reminded him, “The last time we were together was right before COVID struck. We were in Yad Vashem in Jerusalem to commemorate the 75th anniversary of the liberation of Auschwitz. It was a historic event, attended by kings and presidents and prime ministers and the rest at your invitation – at your invitation. I was honored to bring a bipartisan delegation to be with you to pay our respects.”

Join me live at the U.S. Capitol with His Excellency Reuven Rivlin, President of the State of Israel, ahead of a bipartisan leadership meeting. https://t.co/nEPF511fQC

Pelosi continued: “That was the last time we were together, but all along we have had a great friendship. The support for Israel in this Congress has always been strongly bipartisan, as you wish. And it will continue to be so, because of our shared values and because of our mutual security concerns. So again, our bipartisan group looks forward to meeting with you, having a conversation with you. We’re honored to receive you in the Capitol. And thank you for the friendship and for your visit.” 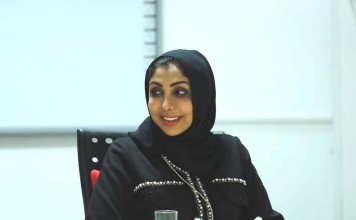 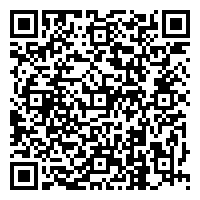