Even a foxhole Yid has to admit that antisemitism is on the upswing. Beatings. Swastikas. Boycotts. Brooklyn. Kiev. Sydney. Even from my comfortable perch here in “Jew” York City I have come to realize that there exists a huge gray area between Never again and Watch your back.

Not that antisemitism ever went away. In every generation we face enemies who hate us viscerally and wish for our demise, whether by their own hand or some other means. Many others are raised with tolerance and respect, yet drink the milk of a culture that paints Israel as the devil and Jews who support her as guilty by association. They may like us as individuals but still harbor suspicions about us as a group.


There was a quieting of sorts after the Holocaust. The West’s collective guilt at failing to prevent Hitler’s genocidal campaign lent us a certain sympathy, an inclination to accommodate our recovery as a people, to allow us to come back stronger even, with our biblical homeland restored. Discrimination still flourished, but violence was the province of goons like the Klan.

Today, we have anti-discrimination laws to protect us but, ironically, overtly anti-Semitic physical attacks have reemerged as a threat to Jews even in bastions of cosmopolitanism. In much of Europe today, wearing a kippah is an act of courage – or recklessness, depending whom you ask. Jewish schools are fortified like vaults, with security guards and cameras. Attempts to ban shechitah and bris milah have gained tremendous momentum and achieved some level of success.

Echoes of the Chanukah and Purim stories are converging now in a way not seen perhaps since the Spanish Inquisition: The threat encompasses neshamah and guf – our freedom to practice our way of life, and our very lives. What’s going on? And more important, how should we respond?

It’s no secret that the resurgence of open antisemitism has a lot do with the influx of Muslims to Europe, and the misguided efforts of governments at every level there to accommodate – or, rather, appease – a culture that seeks hegemony, not acculturation. Even places that have not experienced this demographic shift have been affected by the rising tide of radical Islam globally and its alarming corollary, the creeping influence of the soft propaganda churned out by the media as well as political and academic talking heads.

On Purim, there’s a tradition to drink until one cannot tell the difference between “arur (cursed be) Haman” and “baruch (blessed be) Mordechai.” I fear that much of our world today has so imbibed the lies and demagoguery of Israel’s enemies that truth and falsehood have become fungible.

But anti-Israelism, if you will, cannot alone explain the rash of anti-Jewish violence. Did the perpetrator of a “knockout” attack in Crown Heights really think twice about the Israeli-Palestinian conflict? What about the Winnipeg girl who shouted “let’s burn the Jew” as she lit a high school classmate’s hair on fire (an injury compounded by the judge on the case who deemed it not a hate crime)?

One probable factor is that thing at the heart of so many human woes: money. The economic downturn, a crisis in some parts, has led to civil unrest in Europe and even here in the U.S. (Remember the Occupy-ers?) Tough times breed discontent, and discontent breeds scapegoating. And we know that Jews are the favorite scapegoat for the world’s problems. The caricature of the Jew as master financier and puppeteer of the universe still lives.

This new reality – the realization that we’re not as safe as we may have thought – brings one lesson from our history into sharp relief. In Megillas Esther, when Haman presents to Achashveirosh his terrible plot against the Jews, he says, “There is a people in your kingdom who are scattered and separated among the nations.” Yes, the Jewish community’s evolution toward de-centralization made them an easier target for Haman. But more profoundly, says the Ozarover Rebbe, Rabbi Yechiel HaLevi Epstein, their lack of unity as a people made them vulnerable to attack. What was the antidote for that? “Gather all the Jews together,” Esther told Mordechai – then I can go before the king and beg for mercy; then we will have a fighting chance against Haman’s armies.

The Jewish community today is bitterly splintered. Let’s put aside for now the alarming rate of intermarriage and the more than one-fifth of Jews who classify themselves as having “no religion.” Let’s even put aside the divisions between the Orthodox and affiliated non-Orthodox Jews. Within the frum community there is so much infighting.

It’s normal and healthy and in keeping with thousands of years of Jewish history for us to be diversified, heterogeneous – anything but monolithic. But the vitriol from the mouths of those considered leaders, and in turn from their followers, the use of Nazi imagery, the lack of civility – let alone respect – toward Jews who keep Shabbos and kashrus but differ in hashkafa or practice or politics is not only disgraceful but dangerous. A public demonstration, in galus, by Jews against Jews is one of the most tragic scenes of our times. We need Hashem’s protection, but we have to show Him that Am Yisrael Chai – the Jewish people, united in destiny and faith, live.

Small acts of reaching out, reserving judgment, and saving the hateful rhetoric for our real enemies are a good place to start. 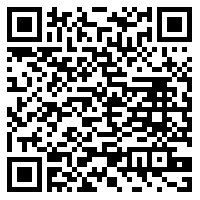