The dainty loops and lines of his script are what struck me first.

The hand that scrawled those words, I knew, occupies a near-transcendent space in Jewish lore and liturgy. Maimonides: rabbi, philosopher, and physician; a man whose every recorded word – and the myriad legal, theological, and historical implications of those words – has been scrutinized by scholars for centuries and will continue to be for centuries to come.


And yet, there it was, jotted down in all of its glorious simplicity. Ink on parchment. Handwriting. I pictured in my own imagination not “Rambam” the figure but Moses ben Maimon the man; a Jew sitting down to his writing desk, determined to make his own contribution to the great textual tradition from whence he came.

Yeshiva University Museum recently hosted an exhibit titled “Threshold to the Sacred.” At the center of this magnificent installation stands the Ark Door of Cairo’s Ben-Ezra Synagogue, an intricately carved and inscribed wood panel dating to the 11th century that formed part of the door to the ark holding the Torah scrolls in the Ben Ezra Synagogue of Old Cairo.

The Ben Ezra Synagogue, which I had the pleasure of visiting once on a trip to Egypt in 2001 when I visited my dear friend Dan Kurtzer (then Ambassador to Egypt), also famously served as the site of the Cairo Geniza, a mind-numbingly massive repository for thousands of texts, both sacred and mundane. These texts ranged from priceless manuscripts penned by the likes of Rambam and Rabbi Yehudah HaLevi to the routine sales receipts and love letters of the common person in that locale.

Alone, these texts provide fascinating insight into the lives of individuals who lived in a different historical context from our own, and yet shared many of the joys and struggles. Together, the Genizah texts paint a picture of a vibrant, dynamic and complex society. For the modern museumgoer, for the 21st century observer, these documents rescue that Old Cairo community from the anonymous homogeny of history and bring it to life in wondrous ways.

Of the many themes beautifully brought to life by the artifacts on display, one that came to the fore for me was precisely this notion of “text” and its centrality in the interconnectedness of generations. I thought of this as I scrutinized a Haggadah that dated back over 1,000 years – one of the oldest surviving artifacts of its kind.

The Haggadah seems to have taken on a special significance in Jewish liturgy. Venture into any Jewish bookstore and you will likely find a disproportionate number of haggadot on display. The obvious question is, why?

The answer, I believe, is fairly intuitive: every Jew shoulders the annual responsibility of conducting a Passover Seder. Yes, the sages provide a template for the service, replete with familiar stanzas and symbolic practices. And yet anyone who has experienced a Seder recognizes that its magic lies precisely in making it one’s own. We do that by asking our own idiosyncratic questions about the process, by re-enacting the Exodus in our own unique way. Whether or not we crystallize our own Seder thoughts and practices into a published volume, it can be said that on this night every Jewish man and woman writes his or her own text, taking part in the multi-generational textual progression that is Passover.

In general, Judaism is a religion of bringing to life that which might otherwise be left in the dust trails of antiquity by finding the timeless wisdom and profundity of it all. And we do this through our prized texts – texts to which we give an inordinate amount of deference but whose very authors would undoubtedly encourage us to challenge and build upon them.

As president of a great Jewish university, it’s one of the central questions I face. How can the texts of yesterday be made accessible today? How do we as students and scholars infuse them with renewed vibrancy and relevance? Is that process even a worthwhile one?

Surely this serves a larger struggle within the world of the university at large. At the risk of cultural generalizations, it is not a secret that as a society our collective attention span has dwindled. Investing the time and focus necessary to grasp the aesthetic nuances and the metaphoric resonances of a classic novel or painting presents a daunting task for many. And yet their very status indicates that certain timeless wisdom is contained therein – a wisdom we would be well served to identify.

Professors, then, are faced with the challenging task of demonstrating textual relevance for those who may not readily perceive it.

Perhaps, in this way, the world could learn a lesson from the Jewish people, a self-described “People of the Book” particularly deft at ascribing not merely modern relevance but central and guiding importance to ancient texts.

Each year Yeshiva University has the honor of welcoming members of the clergy of the Catholic Church to campus. Each year they venture into our bet midrash and each year they are invariably struck by what they see there. One such visitor, Archbishop Charles Chaput of Philadelphia, decided to speak about his experience on campus as part of his Holy Thursday homily message:

In the chavruta style of learning the young men sit together in groups of two and debate and challenge one another to a deeper understanding of the Scriptures. They’re guided by senior rabbinical scholars, but the scholars themselves – as they walk around the study hall – become part of the learning dialogue and expand their own understanding of the sacred text.

What struck me first was the passion the students had for the Torah. They didn’t merely study it; they consumed it. Or maybe it would be better to say that God’s Word consumed them.

The first step in bringing texts to life and finding their relevance is in seeing oneself as part of that textual tradition. Shakespeare, frankly, is boring, until a reader sees him or herself as a link in the textual chain of those who seek to describe and understand the human experience, as Shakespeare so masterfully did.

For the Jewish people and their sacred texts, the stakes are even higher. For centuries we have “consumed” and “been consumed” by our texts, because in the pages of those texts we recognize a narrative of which we are a part. Not a story that was, but a story that is. A story whose authorship itself is passed over from one to the next. A story that propels us from sacred text to wondrous context. 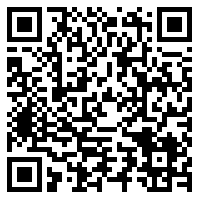