Jakiw Palij of Queens has it pretty good. He walks around freely enjoying the benefits of a quiet community and the freedom that Americans like you and me enjoy.

But Palij is not like you and me. Palij is a Nazi.

As shocking and insulting and horrifying as it is, Nazi war criminals are still living freely among us.

Palij, an ex-Nazi slave-labor camp guard, continues to live in Jackson Heights, N.Y., because the United States has, thus far, found it difficult to get rid of him. He can’t be deported to the country he came from – the country where he guarded Jewish concentration camp prisoners – because nobody wants him. Not Poland. Not Germany. Palij is a Nazi without a country, so we have been stuck with him until now.

One reporter noted that Palij has dropped his sieg heil salute for a ho hum. He’s not worried. He feels safe here, and why shouldn’t he? Other than several hundred yeshiva students and a handful of Holocaust survivors who recently turned out with me to protest at his home, Palij has had it pretty good in Queens. America has pretty much left him alone. The Jewish community has left him alone, too.

It is an insult to decency. It is an affront to justice. Worst of all, it is a vile slur to the innocent souls of the men, women and children murdered for the crime of just being Jewish.

And Palij is not alone. There are several other Nazis just like him that we know of who are still alive and living illegally in this country.

Some people have had the nerve to say, “They are old now – why bother?” But what of the hundreds and thousands of innocent victims who were tortured and murdered by these criminals? While some infants were tossed in the air and caught on bayonets for sport, plenty of Nazi victims – plenty of our parents and grandparents – were elderly when they met the fury of these villains. Do we have no obligation to their memories?

Is our message to our children – and to those who would exterminate us – that Jewish blood is cheap?

Some months ago, Congressman Michael Grimm joined me in calling on Germany to accept all Nazi war criminals living illegally in the United States. “The rights and freedoms we enjoy in America should not extend to those who commit genocide,” said Congressman Grimm, a member of the board of the U.S. Holocaust Museum in Washington. “Nazi war criminals who are living in this country illegally should not be here and we will not rest easy while they are.”

More recently, the Justice Department, which stripped Palij of his citizenship, concurred. I was assured that steps are being taken to rid this country once and for all of illegal Nazi émigrés. But we all know how the wheels of justice turn slowly. Indeed, they are so slow that Palij, our Nazi neighbor in Queens, is now 91. And other Nazi war criminals who have been identified by the U.S. Justice Department – Nazis who had been ordered deported by the U.S. but have never left the country – are enjoying their twilight years here, too: Theodor Szehinskyj in West Chester, Pennsylvania; John Kalymon in Troy, Michigan.

It’s sickening. This farce has gone on too long.

Why are these Nazi war criminals still here? Two reasons: The first is because of a technicality. The U.S. has been unable to deport them because there’s no country that wants them.

The second is because we have been too quiet. It’s time to get loud.

So I call on all of you to join me and raise your voices. I ask all of you to cease tolerating Nazi murderers as your neighbors. We can’t let technicalities impede justice any longer. We don’t want these murderers living among the descendants of the decent people they tortured. Their presence here mocks the memory of the murdered.

It is our obligation to remove this evil from among us.

Help me convince the German government to accept Nazi war criminals into Germany so that these mass murderers can finally be prosecuted. Please sign the petition to remove Nazi war criminals living illegally in the U.S. at change.org/petitions/u-s-department-of-justice-deport-known-nazis-who-live-in-u-s. For updates on this issue, visit DovHikind.com. 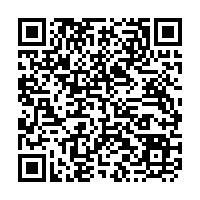