This week, Israeli President Reuven Rivlin will begin a round of consultations with representatives of the various parties before assigning Prime Minister Benjamin Netanyahu the responsibility of forming the next government. The prevailing belief is that at least in the early stages of the process, Netanyahu will prefer a narrow coalition of 65 Knesset members to cooperating with other parties.

If Kulanu joins the Likud, as expected, the Netanyahu government will have no difficultly spearheading dramatic changes in everything having to do with the legal system, the State Attorney’s Office and law enforcement, especially the relationship between the prime minister and the judicial branch.

This will be one of the most important tasks of the new government. The laws established now will have influence over generations to come, just like the unilateral decision by former Chief Justice Aharon Barak in the early 1990s did. Bit by bit, Barak’s judicial revolution turned Israel from a parliamentary democracy into a judicial monarchy in which Magistrates’ Court judges allowed themselves to overrule laws passed by the Knesset, and functionaries in the State Attorney’s Office worked with the police to collect evidence against politicians.

The 65-member coalition is not only not expected to throw up difficulties if and when Netanyahu is indicted, but also help him create a new situation and right the wrong that puts the fate of a government in the hands of a single person—a public official who was not elected by the people, and whose decision either way could negate the will of millions of citizens who clearly and unequivocally expressed their opinion last week at the voting booth.

The assessment that Netanyahu will at some point, possibly a few months from now, invite Blue and White Party co-leader Benny Gantz to join the government as part of the preparations for U.S. President Donald Trump’s “deal of the century” might be correct, but only partly. Netanyahu will want to bring Gantz into the government later on, but more out of a desire to see Blue and White fall apart than because of any real political need. Netanyahu is not worried about the Trump peace plan and appears to be waving off the predictions by various pundits and politicians that his obligations to the American president, who has supported him, will force Netanyahu to make concessions.

Trump’s support for Netanyahu—both before the election and after it—only demonstrates the unusually close cooperation between the two men and their governments. It also bolsters the knowledge that Trump won’t do anything to embarrass Netanyahu, or force him to maneuver between Trump and the members of his coalition.

After 10 years in power without any peace talks, Netanyahu has proved that Israel’s international standing has nothing to do with its leaders’ willingness to hand territory over to the Arabs. The decisions made by the White House these past two years indicate that even Trump himself is convinced of that. 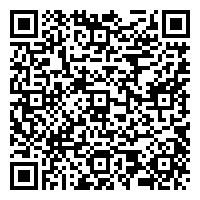