An analysis of last week’s incursion of an Iranian drone into Israeli airspace and Israel’s military response to it in The New York Times characterized the incident as “a sharp escalation of long-brewing hostilities.” This is an accurate characterization of the clash, as one of Islamic Republic’s goals, as evidenced by statements of its political and military leaders, since its founding in 1979 has been the destruction of Israel.


Iran’s behavior since the conclusion of the nuclear deal in July 2015 has shown that with an infusion of billions in cash and a blind eye towards its aggression has allowed it to pursue its goal. The first direct military confrontation between Israel and Iran reflects Iran’s continued efforts toward that end.

That Iran’s leaders call for Israel’s destruction has been well-documented. The Jerusalem Center for Public Affairs (JCPA) has published a number of reports cataloguing these statements. Based on Iran’s military actions, these threats cannot be dismissed as simply rhetorical excesses, but must be viewed as statements of purpose that the regime is taking concrete steps to implement.

One of the JCPA studies observed that “incitement to commit genocide as a war crime” and further that “much of the Iranian language regarding Israel can certainly be legally defined this way.” The initial study focused on the time when Mahmoud Ahmadinejad was president of Iran, but when Hassan Rouhani succeeded him,  the latter “has nonetheless referred to ‘the Zionist regime’ as an enemy nation and pledged to find a way to achieve Khomeini’s long-term goal of ensuring that Israel ceases to exist.”

A few months later, after the deal was agreed to, Iran’s Foreign Minister Mohammad Javad Zarif told Sheikh Hassan Nasrallah, head of the Lebanese terror group, Hezbollah, that the nuclear deal “created a historic opportunity to [sic] for regional cooperation” to fight Zionism.

The official Iranian view, as expressed by Zarif, showed that the regime intended to use the windfall of sanctions relief to further its goal of destroying Israel.

In January of 2016, when implementation of the nuclear deal began, Iran had some $100 billion in frozen funds freed up. Despite assurances by members of the administration to the contrary, Iran used its windfall from the nuclear deal to boost its military and fund its proxies even more lavishly.

These proxies include the Houthis in Yemen, Hezbollah in Lebanon and Shiite militias composed of Iraqis, Afghans and Pakistanis. These proxies have been crucial in establishing a land bridge from Iran to the Mediterranean, often referred to as a Shiite crescent. This would give Iran a corridor to more easily move troops and material to threaten Israel directly.

While Israel has done what it can to repel the Iranian threat: including air strikes into Syria intended to prevent Hezbollah from receiving game-changing weapons or Iran from establishing a permanent military base in Syria, the rest of the world has done nothing.

In a Senate testimony during the effort to get support for the bill, then-Secretary of State John Kerry said that the United States would certainly enforce United Nations Security Council Resolution 1701, which prohibited the transfer of weapons to Hezbollah. But already in November 2015, the Associated Press reported that the U.S. tacitly accepted Iran’s control over Syria, meaning that it would allow Iran to arm “anti-Israel and anti-U.S. forces Hamas and Hezbollah.”

Now another one of the bills for the nuclear deal is coming due.

The people of Syria have paid for the deal with their lives. An estimated 500,000 people have been killed in that country’s brutal civil war and millions more have lost their homes. In May 2016, Frederic Hof, a former Obama administration official wrote that his one-time boss refused to protect Syria’s civilians in “pursuit of a nuclear agreement with Assad’s premier long-term enabler and partner in mass murder: Iran.”

The people of Yemen are starving due to the war between the Houthis and the Saudis. This has escalated due to Iran’s transfer of weapons to the Houthis in violation of UN embargoes of the rebel group. Iran’s support of the Houthis has been paid for by the sanctions relief it received two years ago as a part of the deal.

Now, Israel is directly in Iran’s crosshairs. Whether one pays attentions to the threats against Israel from Iran’s  leaders, or the countdown to Israel’s destruction “clock” in Tehran, Iran showed that its one step closer to achieving its goal.

To be certain, Israel has the capacity to defend itself. But it is now facing a new direct threat, an Iran which is both dedicated to its destruction, and emboldened and strengthened by the 2015 nuclear deal. Maybe Iran would have eventually reached Israel’s borders, but the nuclear deal ensured that it would happen sooner rather than later. 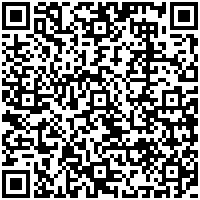