Samaria residents were astonished to discover Monday night that the Arab village of Baita had posted on its Facebook page that the IDF had informed them ahead of time about the evacuation of the Evyatar outpost, News 0404 reported.


The first post, at 8:18 AM Monday, declared: “By the promises of the occupation army on Friday… The outposts are scheduled to be removed today from mount Sbeih…” (sic)

Amazingly, Monday night the outpost was evacuated, which suggests the IDF move had been coordinated with the village that produced the very murderers of Evyatar Borovsky. The evacuation of seven homes was violent, and three Jewish residents – while the murderers looked on.

A few hours later, Baita Online posted: “Are the outposts still in place or are they installing surveillance cameras inside?” (sic)

It was followed a few hours later by the satisfied post: “Occupation forces remove caravannists and mobile rooms that were located on mount Sbeih.” (sic)

The Samaria Israeli settlers who spotted these post turned to the head of the Samaria Council Yossi Dagan, who contacted senior officials in the IDF Civil Administration, with the statement: “I call on the Civil Administration to clarify the matter in depth. I hope that this is a lie and that no element in the State of Israel is coordinating an uprooting with a village of murderers. We would be happy to receive a clear answer and to be informed that it is not true.” 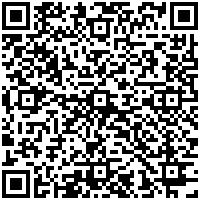