“The amount of illegal Arab building and the takeover of the land have grown tremendously,” he told JNS.  “You see structures going up all the time in our area and in the nature reserves between our community and the Judean Desert.”


Harow said that Nokdim has been “slowly, slowly” losing its 150 acres of agricultural space.

“For residents, losing land, left and right, is a scary thought,” added. “It seems that the Israeli government has no problem intervening when it comes to illegal Jewish building, but doesn’t prevent illegal Arab building.”

Nokdim, along with the rest of the Jewish communities in Judea and Samaria (the West Bank) are located in “Area C,” which—under the Oslo Accords—is under full Israeli military and administrative control. Area C makes up roughly 60 percent of the area.

According to the latest West Bank Jewish Population Stats report, released last month, more than 475,000 Jewish residents live in Judea and Samaria, not including those in eastern Jerusalem.

Nadia Matar, co-founder with Yehudit Katzover of Israel’s Sovereignty Movement, describes the phenomenon as a “war going on over our land,” which “has been taking place for more than a decade.”

She told JNS that the battle began with the introduction 12 years ago of the “Fayyad Plan.”

Put forth in 2009 by Palestinian Authority Prime Minister Salam Fayyad, the plan was to create a de facto Palestinian state, not through negotiations with Israel, but by establishing facts on the ground—such as houses, farms and schools—in strategic areas throughout Area C.

Last week, following the recent discovery of four new illegal Arab structures built on state land belonging to Nokdim, several hundred Gush Etzion residents—with the support of the Sovereignty Movement and approximately 10 additional nationalist organizations, politicians and other public figures—held a protest near the community, calling on the government to take action.

In response, the spokesperson for the Coordinator of Government Activities in the Territories (COGAT), responsible for implementing policy in Area C, told JNS in an e-mail that the Civil Administration, the Israeli governing body that operates in the West Bank, “is aware of the incident [of the four structures],” adding, “Enforcement will be carried out in accordance with the authorities and procedures, and will be subject to priorities and operational considerations.”

Peace Now director of Development and External Relations Brian Reeves told JNS that though he is not familiar with the details of the Nokdim case, “As to the larger claim that Palestinians are attempting, en masse, to take over Area C: It’s kind of like how Christians in America fret about a ‘war on Christmas’—the majority in power whining about failing to dominate as much as they would like and turning themselves into the victims.”

Reeves added that though Arabs have, indeed, built thousands of structures in Area C, including on Israeli state land, “What they [right-wing organizations] don’t tell you is that since 1967, most (99.76 percent) of state land that Israel has allocated in the West Bank has gone to Israeli interests, while only 0.24 percent has gone to Palestinians. So, there’s virtually no chance that if you, as a Palestinian, live in Area C, that you’ll ever get land allocated to you.”

The problem, he concluded, “is [Israeli] policy—deliberate policy at this point—not a marginalized people who have little choice but to build illegally.”

“It’s the Jews who aren’t getting any permits to build,” she insisted. However, she said, “We do agree that Israel should take complete responsibility and decide where Jews should build and where Arabs should build, but only under the sovereignty of the State of Israel.” 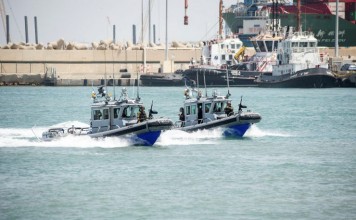 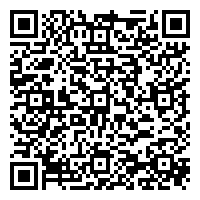