Anti-Semitism turns dangerous when it becomes the organizing principle of a society, which occurred during the last century under Nazism and Communism.  Anti-Semitism was a basic domineering system of thought for both, binding together the cultural and social mosaics by catering to the general mood of their populaces. Anti-Semitism becomes dangerous when it not only solidifies the theoretical foundations of a political system but also paves a political path.


This is why today’s anti-Semitism, with its increase in murderous attacks and all kinds of despicable expressions, has become politically significant. Its constant bias against the Jewish People (and thereby Zionism), Israel’s existence, self-defense, policies, as well as Israel’s image, has progressively intersected with institutions of the current systems of power. It has entered into the mindset of many on the Right and the Left, who live under the same roof of “intersectionality,” i.e., those feeling oppressed by myriad sources and who harbor social frustration in diverse forms. The blame attributed to the Jewish people and, therefore, to Zionism is tied to the social disapproval of the latter, like the indispensable tail of a kite high in the wind. Moreover, the continuous promotion of widespread institutional anti-Semitism, particularly at the EU and UN, has given it political credibility.

For example, the debate about ethnic differences, gender, culture, etc., are all commingled. A feminist or a university professor, or a member of the LGBT community, a Hollywood director, or a member of a child-defending NGO, attacks Israel for reasons that can vary from pink-washing, women oppressed by the occupation, dead Palestinian children, White Supremacy, to neo-colonialism. There are infinite themes available. This commingling of poisonous biases not only animates but also strengthens such thinking. In this manner, the fuming claimant becomes a harmonious part of the current, pacifist, or anti-nationalist systems of thought. Along with the typical anti-Semitic stereotypes, the State of Israel is repeatedly represented as warmongering, colonial, and racist in nature; therefore, Judaism, which generated Israel, is responsible for this distorted Weltanschauung (world view). The circle of anti-Semitism closes in on the simple idea that Judaism includes the entire Jewish people.

Today, the most important institutions postulate this line of thinking even if not explicitly. The parents of contemporary anti-Semitism, together with universities, publishing houses, and movie companies, are the same who appear in conferences, institutions, synagogues, and even in Israel to proclaim their campaigns against anti-Semitism. Meanwhile, every significant institution such as the EU or the UN, which, under the pretense of humanitarian or international authorities, promotes an agenda disapproving of Israel and thereby the Jewish people.

The generally accepted platform of the International Holocaust Remembrance Alliance (IHRA) is a positive step because it ties anti-Semitism and “Israelophobia” together. Yet the battle against anti-Semitism has not yet led to a viable policy.

Only policy action, and not words of blame or promises to teach the history of the Shoah, can combat anti-Semitism. This is why U.S. President Donald Trump’s Executive Order against anti-Semitism is so essential; it is composed of political steps that destroy the paradigm of political anti-Semitism.

Hungary and the Czech Republic made great strides against anti-Semitism by abstaining from the U.N. General Assembly’s 2017 vote that condemned U.S. President Donald Trump’s recognition of Jerusalem as Israel’s capital. A stand against anti-Semitism was made by the six European member states (including once more those of the Visegrad Group) that opposed a resolution by EU High Representative for Foreign Affairs and Security Policy Josep Borrell earlier this month that called for a joint European condemnation of Trump’s Middle East peace plan. By their actions, they opened a real discussion about Israel’s security needs and the legality of the settlements.

Sometimes Western countries execute good policy. For instance, France, Germany, and the UK, who after defending the egregious 2015 agreement of the P5+1 with Iran, have shown, after numerous attempts to save the JCPOA, their willingness to challenge Iran when they set in motion the dispute mechanism of re-imposing sanctions on the country.

Iran and its threats to eradicate Israel are a particularly important element in the institutional inaction against anti-Semitism. As long as the relevant institutions don’t remonstrate Iran for repeatedly expressing the forbidden threat of exterminating the Jews again, there will be no stopping anti-Semitism, and “Never Again” will be empty words.

Anti-Semitism cannot be defeated as long as the EU continues to authorize anti-Israel incitement on the settlement “illegality” claims and presents the “Green Line” armistice demarcation as a border for two states. In this manner, the central European authority shows a refusal to protect Israel from unending and active terrorism and warfare, and by insisting upon the inconsistent and unfounded line of “illegality.” The settlements are not illegal; they are “disputed.” They are an essential part of the cradle of Jewish history. By completely ignoring this last point, the EU promotes instead the idea of Jewish colonialism, with collateral slaughters, genocide, apartheid – all anti-Semitic canards.

The EU presents the settlement issue as its central message, thereby granting permission to blame and hate Israel and, by extension, the Jews. The EU thus reconnects to the ancient tradition of murderous European anti-Semitism.

The only way to fight it is through policy action. In short, policy action requires stopping the discriminatory labeling of Israeli products sold in Europe, abolishing blacklists of businesses active in the disputed territories, and banning the Boycott, Divestment and Sanctions (BDS) movement.

When French President Emmanuel Macron came to the international conference “Remembering the Holocaust, Fighting Anti-Semitism” in Jerusalem this past January, which was convened by Israeli President Reuven Rivlin in conjunction with the Holocaust Forum, he gave a moving speech full of tragic memories and good intentions. However, during a visit with Palestinian Authority leader Mahmoud Abbas, he appeared utterly oblivious to the fact that Abbas negates the Shoah, continuously lambasts Jews with anti-Semitic insults, incites terrorism, and refuses to recognize the Jewish state. This myopia is a policy failure that prevents France from fighting anti-Semitism.

A battle on two significant fronts is required — Iran and the territories. (It is no coincidence that President Obama’s last executive move against Israel was at the U.N. with resolution 2334 in December 2016). A decisive battle against discriminatory labeling of Israeli products on sale in Europe has not yet been seen, despite East Europe Countries raising opposition.

Today, the American policy action enabling Israeli sovereignty in Judea and Samaria because of security reasons and because of international, ancestral, and national legality is an effective antidote to EU and UN claims.  It cancels out the idea that Jews are the illegitimate, cruel, colonialist, and illegal usurpers of the land of Israel.

Opposition to this American attitude and its decisions about Iran have been incredibly robust. As long as Macron can shake hands and pat Iranian Foreign Minister Mohammad Javad Zarif on the shoulder, he cannot be a real warrior against anti-Semitism. His actions legitimize the mad reiterations of Iran’s Supreme Leader Ayatollah Ali Khamenei on destroying the Jewish State.

The EU’s Borrell says, “Iran wants to wipe out Israel; nothing new about that. You have to live with it.”3  With such a cavalier attitude, anti-Semitism is institutionally promoted. 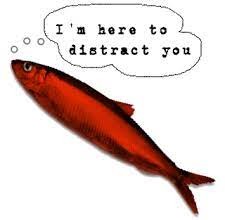