The Palestinian Authority (PA) recently seized a Hasmonean-era fortress in the Shomron and has converted it into “a Palestinian tourist site” as part of its campaign to seize Jewish heritage sites and transform them into “Palestinians sites” while systematically demolishing archaeological findings.

The Shomrim Al Hanetzach‎ (Guarding Eternity) organization discovered on Sunday that the PA had installed a massive flag mast and lighting at the fortress of Arama, an ancient Hasmonean archaeological site which dominates the ancient road from Shechem (Nablus) to the Jordan Valley.

Tel Aruma, which is mentioned in the Bible as the city of Avimelech, was the northernmost fortress of the Jewish state during the Hasmonean period.

Photos from the site, seen by TPS, show that the PA’s construction caused damage to the fortress’s wall and blocked its water reservoirs. The PA also added a heavy concrete casting for the PA flag flying at the site.

“The PA has declared war on our history,” Shomrim Al Hanetzach warned.

Shomrim Al Hanetzach‎ is dedicated to fighting the rampant Arab antiquities theft and destruction in Judea and Samaria.

The PA is “turning the place into an active Palestinian tourist site while causing shocking destruction of the archaeological findings and history which we will never be able to recover,” the organization said.

Shomrim Al Hanetzach noted that the phenomenon of antiquity destruction is pervasive and affects all sites that are not under permanent preservation, and a survey of the sites in Judea and Samaria shows that a staggering 95% of the archaeological sites have been robbed, vandalized or disturbed.

Shomrim Al Hanetzach has formulated a national plan to fight this trend.

The PA has previously taken control of Israeli and Jewish heritage sites in an attempt to usurp it of its national identity and legacy, in contradiction to the historical and archaeological findings. 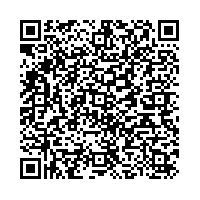