In 2018, a now-famous photo leaked of an Israeli F-35 fighter jet flying over Beirut. The image encapsulates a core truth—that this stealth aircraft, with its unprecedented ability to use advanced sensors to gather intelligence on enemy activities on the ground, evade enemy detection, and share its data across the military’s network, has become a prime tool in the Israeli shadow war against the activities of the Iranian axis in the region.


On January 25, 2021, Lebanese photographers snapped images of the aircraft flying overhead, suggesting that the planes are routinely gathering intelligence on Hezbollah as well as on Iranian and Shiite militia activity in the region.

By 2024, the Israeli Air Force (IAF) will possess 50 stealth F-35s, which operate out of the Nevatim Air Force Base in southern Israel. The IAF is hoping to acquire a third squadron of F-35s—which would bring the fleet up to 75—though Israeli budgetary and political uncertainty are holding up this critical decision.

The F-35 squadrons perform an array of tasks during routine periods and wars. But they are also likely playing a major and growing role in Israel’s “campaign between the wars”—the shadow war aimed at disrupting Iran’s plan to build a new terror army in Syria, as well as Iran’s efforts to strengthen Hezbollah’s firepower in Lebanon.

The F-35 has become so central to these efforts that other air forces around the world are eager to learn from the IAF’s experience, which began when the first two jets landed in Israel in 2016.

In 2018, IAF Commander Maj. Gen. Amikam Norkin confirmed that Israel was the first country to use the aircraft to strike targets in combat.

IAF F-35 jets will soon travel to Italy to attend an international combat drill, and as Israel has amassed much real-life combat experience with the jet, other countries taking part in the exercise are keen to learn from it.

“Due to our operational reality, we lead with operational experience with the stealth fighter, since we travel throughout the Middle East with our F-35s. We are present in the area and we provide output, and this causes many militaries to want to learn from us,” Brig. Gen. Amir Lazar, head of the IAF’s Air Division, recently told Israel’s Hebrew daily Maariv.

An example of what the jets could be monitoring might be found in a recently released report by the Alma research center in northern Israel, which documents how Hezbollah has planted medium-range Iranian-made Fatah 110 missiles in Beirut, in the same compound as a high school and a sports stadium.

Hezbollah, with the help of its Iranian state sponsor, has amassed between 120,000 and 130,000 rockets and missiles. It is currently attempting to set up missile production factories in Lebanon aimed at converting unguided projectiles into guided ones—an effort Israel has warned it will not tolerate.

Meanwhile, the urgent task of monitoring and, where necessary, striking Iranian attempts to inject advanced weapons into Syria continues, following recent reports of a series of Israeli airstrikes on Islamic Revolutionary Guard Corps (IRGC) and pro-Iranian militia targets. The strikes reportedly hit targets in eastern Syria’s Abu Kamal and Deir Ezzor regions, near the border with Iraq, in areas Iran has attempted repeatedly to take over and turn into a link in its ground corridor connecting Iran, Iraq, Syria, and Lebanon.

Also worth noting is the recent reported strike on the Syrian Scientific Studies and Research Center (known by its French acronym, CERS) near Masyaf, Syria, a site that has been linked to Iranian and Syrian ballistic missile research and development as well as chemical weapons production.

And in the first known strikes since the Biden administration took office, media reports said missiles slammed into targets in Hama in northwest Syria in recent days. It is not known which specific aircraft took part in these reported strikes, but it is fair to assume that, in general, the F-35 has upgraded Israel’s ability to track and disrupt Iran’s destabilizing actions in the region.

Produced by Lockheed Martin, the F-35 aircraft can be considered a “computer with wings”—an intelligence-production machine that automatically processes vast quantities of data gathered by its sensors.

Israeli technology plays a role in the jet as well. Israeli defense company Elbit Systems teamed up with the American company Rockwell Collins to make the jet’s helmet-mounted display, which allows pilots to peer through the cockpit in 360 degrees; and Israel Aerospace Industries produces wings for the F-35 program. The jet’s unique capabilities also make it a valuable node in a wider combat system, meaning it can work closely with the older legacy F-16s and F-15s in Israel’s inventory.

In addition to its intelligence-gathering capabilities, the plane’s stealth features make it well suited for maneuvering through hostile air space that is crowded with surface-to-air missile systems belonging to the Assad regime and to Hezbollah, which use powerful radars to scan the skies.

Israel has struck thousands of Iranian targets in Syria in recent years, and its aircraft have been targeted by thousands of Syrian surface-to-air missiles. One F-16 was hit by such a missile and downed in 2018.

While pilots in older aircraft must quickly maneuver out of harm’s way when fired upon, those in F-35s enjoy the advantage of stealth. This means they can gather intelligence, share it with other aircraft, and conduct strikes in the knowledge that their on-board systems will detect the enemy before the enemy detects them.

Hezbollah is also believed to be in possession of fairly advanced surface-to-air missile systems, and has attempted to lock its radar onto Israeli aircraft. This poses a tangible threat to Israeli planes, though the F-35 will have the added advantage over Lebanese skies.

To be sure, Israel cannot rest on its laurels. The very fact that it must use the aircraft to challenge Iran’s attempts to creep up on its borders and surround Israel with a ring of missile bases and terror militias shows how urgent the IAF’s security tasks are.

Iran could attempt to challenge the F-35’s stealth by trying to develop new detection techniques, while Russia, which maintains a military presence in Syria and has advanced air defense systems deployed there, also has an interest in learning how to better detect this aircraft, which is set to become the main platform of its global rival, the US.

While Iran and Russia have complex and at times tense relations due to diverging interests in Syria, unconfirmed reports say they have cooperated in attempting to develop the means to track the F-35. Neither the campaign to roll back Iran from the region nor the F-35’s role in it appears to be going away any time soon. 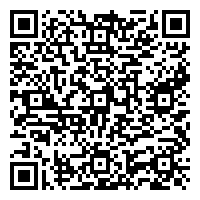