The storm stirred in Israel and the world by the Polish law regarding Polish crimes during the Holocaust included quite a bit of rhetoric, superficiality and ignorance. It is important therefore, to set the record straight both historically and factually.

The lower house of the Polish parliament (the Sim) approved the bill authorizing the Institute of National Remembrance – Commission for the Prosecution of Crimes against the Polish Nation (Act of 18 December 1998 (Polish Journal of Laws of 2016, item 1575) – to impose a fine and imprisonment of up to three years for “distorting the historical truth about the Polish people and state”. The law requires the approval of the Polish Senate and the President.

This is the language of the bill:

“Whoever claims, publicly and contrary to the facts, that the Polish Nation or the Republic of Poland is responsible or co-responsible for Nazi crimes committed by the Third Reich, … or for other felonies that constitute crimes against peace, crimes against humanity or war crimes, or whoever otherwise grossly diminishes the responsibility of the true perpetrators of said crimes – shall be liable to a fine or imprisonment for up to 3 years. … Irrespective of the regulations in force at the location of committing the criminal act, this Act shall apply to Polish and foreign citizens in the event of committing the offences … .”

Opinions over the law are divided In Poland itself. Not only between nationalist anti-Semites and liberal-leftists by the way, though this division does exist of course. Wittek Duch of the “History” website, for example, supports the proposed law hesitantly, stressing that the punishment will apply to those who accuse the Polish people as a whole of complicity in the crimes of the Nazis, but not in specific cases of certain Poles such as in the Jedwabne Pogrom. In addition, the punishment will not be automatic because it applies to a violation of the historical truth that has no known and clear consent, and therefore the court will need the assistance of historians.

On the other hand, the liberal website Oko claims that the law is bad in every way: First of all, Poland got into trouble with Israel, with the Ukraine (the law also applies to Ukraine) and, indeed, to all of Europe. Second, the site mentions that only authoritarian states such as Turkey and Russia have a criminal penalty for “distorting historical truth.” Third, there is a fear that those who discuss the Jedwabne massacre may be sent to jail. It should be noted that the current version of the law, after the amendments, states that artists and researchers will be exempt from it.

Between Poles and Ukrainians

The attempt to shape historical memory through criminal law and punishment is indeed foolish and authoritarian. It will make Poland a mockery in Europe and place it closer to the provinces of Putin and Erdogan. No one in Poland is looking for a crisis with Israel either, especially when relations between the two countries are good and close.

However, it is important to adhere to the truth and not to be attributed to the law, foolish as it will be, that which it is not. It is neither anti-Semitic nor the rewriting of history, as stupid as it may be.

It is equally important to pay attention to the context in which such laws are created. The current Polish government is taking clearly non-liberal and undemocratic measures, but Poland is still a democratic country and the law is still expected to be discussed and amended, like other problematic laws. In Poland there are anti-Semitic and anti-democratic trends and anti-Semitism. This is a fact, but neither a surprising or exciting innovation. There is also the other side of the coin though, which usually escapes the eyes of the media.

The attitude of Israelis to Poland and Poles is superficial and ignorant. In the Israeli public perception, the Holocaust is perceived as a uniform black hole, with no special differences between nations. To many, there is no real difference between the peoples of Eastern Europe. Ukrainians, Poles, and Slovaks are all perceived as anti-Semitic and haters of Israel. The historical memory of Polish anti-Semitism is automatically transferred to a solid historical perspective on Polish crimes during the Holocaust.

With all due respect, the stories of a Polish grandmother cannot come in the place of serious historical knowledge. Were there Poles who murdered Jews and terrible pogroms before and after the Holocaust, like Jedwabne and Kielce? Of course. In Poland there were also the damned “Szmalcowniks” who hunted for and handed over Jews to the Nazis for money.

Nevertheless, it is impossible to compare these pogroms with all their horrors to what happened in the Ukraine, Lithuania, Croatia and Hungary. In these countries, and especially in Lithuania and the Ukraine, the local population participated in the murder of its Jewish neighbors. Auxiliary units were established exclusively for the local population, who willingly aided the Nazis. There were no Polish camp guards, they were all Ukrainians or Lithuanians. In Croatia, the most odious and ugly fascist movement in Eastern Europe, Ustaše, established extermination camps for Serbs and not only for Jews. In Hungary, the local pro-Nazi organization, the Arrow Cross, murdered Jews no less than the Germans.

So there is no comparison between Poles and Ukrainians or Lithuanians. It is very possible that the attitude of most Poles toward the suffering of the Jews was simply a sickening indifference. The Polish underground “Armia Krajowa Obywatelska” had anti-Semitic members, but also Righteous Among the Nations. Jan Karski and Irina Sandler – who will remain a model of holiness, human love and supreme courage as long as the Holocaust is remembered – were Polish patriots. There were also anti-Semites who were revealed as human beings during the Holocaust. In other words, the story is much more complex, and not so simplistic and dichotomous as reflected in the current headlines.

During the war, Poland was not a country. It did not even have a puppet government and therefore, from a formal point of view, nothing could be attributed to the Polish government. The government in exile in London did everything in its power to attract the attention of the world to what was happening in Nazi-occupied territory.

In Poland there was no government cooperating with the Nazis, like Vichy in France. The Polish army, the one everyone likes to laugh at the mere mention of its name in the context of World War II, fought bravely against the German invader, until the last bullet. Poland was the only country in which an armed resistance against the Nazis was organized very soon after the occupation.

Throughout history, the Poles acted with their famous courage, but without too much political wisdom. This was the case in the hopeless revolt against Russia, as well as with the laws now under discussion, which, even in cold calculation, only causes damage to Poland. The Poles like to wrap themselves in their eternal sense of victimhood, and history does give them justified reasons for this feeling.

The current law is also related to various processes taking place in Europe, especially in Germany. Germany can not overcome its “pedagogic” impulse. It aims to help Israel make peace with the Palestinians, and sometimes hints that what Israel does to the Palestinians reminds it of dark periods in its own history. To quote Yoram Kaniuk’s brilliant definition, “The Germans will never forgive the Jews for Auschwitz.”

It turns out that these impulses are taking place, and even more so, toward the Poles, whom the Germans want to teach democracy. Too many German films portray the Wehrmacht soldiers as dreamy youths who do not know what they are doing or where they are, while they are in a barbarous, anti-Semitic country like Poland. They do not blame the Poles for the Holocaust, but the feeling is that its perpetrators have nothing to do with the Wehrmacht boys. In general, anyone could be Eichmann, as Hannah Arendt, the Jewish lover of the Nazi Heidegger, taught.

Denial of the real Holocaust

It is difficult to see the Polish law as Holocaust denial. A different Holocaust denial, far more dangerous, exists in many countries, including Germany. This is Holocaust denial in the very way it is taught, when trying to portray the Nazis as homophobic, xenophobic and intolerant people who murdered innocents like homosexuals, communists, leftists, gypsies, and yes, Jews too.

Teaching the Holocaust while eliminating or reducing anti-Semitism as a central concept in Nazism is bordering on denial of the Holocaust. If the crime of the Nazis is that they murdered innocents, then all of human history is nothing more than a succession of massacres, wars and terrible suffering for innocents. Was Genghis Khan a Nazi? The implications of presenting the Holocaust in such a way are far more dangerous than any Polish law.

And there is another aspect that needs to be discussed. The Jewish people now exist as a political entity operating in the international arena, while maneuvering between constraints and the need to preserve vital interests and relations with other countries. In such a reality, the State of Israel cannot act as a Jewish intellectual in the Diaspora and behave as a castigator. Had the Polish law rejected the Jedwabne affair as a historical fact, then perhaps there would have been room for political intervention. When everything is much more gray, such intervention is problematic. The declarations of Israeli politicians who do not really understand what exactly is at hand are only complicating matters.

Israel has economic and strategic interests in Poland, including security acquisition transactions in a variety of industries. Poland also aligns itself with the new American line, for example in the UN vote on Jerusalem. It is must not sabotage this special relationship because of a foolish Polish law and amateur Israeli diplomacy.

Intervention in the legislation of another country is liable to return to Israel like a boomerang. In international politics there is no international law, but there is also reciprocity and give and take. If Israel does not want Europe to interfere with its legislation, it would be wise to lower its profile and take action in informal channels, rather than by Twitter frenzy.

All kinds of international agreements and treaties, which Israel hastily and willingly signed in the past, were born as a result of initiatives by well-intentioned Jews. As time pasts, it can be determined with certainty that these treaties did not save a single starving child in Africa, but they tie Israel down and become a tool against it. For example, Israel can not deport the infiltrators to their countries of origin because it signed the Geneva Convention on Refugees in 1951, and international organizations use this fact against the Israeli government policy.

In summary, the Polish law under discussion is foolish, undemocratic and reminiscent of Russia and Turkey. The behavior of the Polish government on many levels is suspect. However, the problems of democracy and liberalism in Poland are purely Poland’s problem, not Israel’s.

(Alex Grinberg is a Middle East Researcher, specializing in Iranian religious thought and works as geo-political analyst in a risk assessment company) 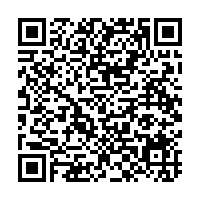