A massive crowd of at least 500 Arabs attacked Israeli soldiers as they entered the Palestinian Authority city of Shechem Tuesday night.

The forces are continuing to search for 19-year-old Abdul Karim Adel Assi, the killer responsible for Monday’s stabbing death of Rabbi Itamar Ben-Gal at a bus stop outside the Samaria city of Ariel.


Israeli military forces from the Samaria Regional Brigade were faced with a massive and violent riot involving Arab attackers hurling rocks, firebombs (flaming Molotov cocktails) and other improvised explosive devices, including lit fireworks. The attackers also erected barricades and fired live ammunition at the forces, according to an IDF spokesperson.

The forces have been using routine crowd dispersal measures and firing live ammunition into the air as necessary.

Seven arrests have been made so far during the operation, with the suspects transferred to security personnel for interrogation regarding the incident.

The terrorist responsible for Rabbi Ben-Gal’s death has not yet been arrested. Several rioters were injured in the melee and at least one Arab attacker was killed. 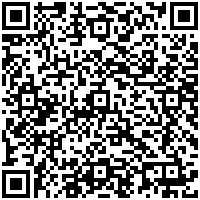