Charley J. Levine, who passed away on November 16, has been eulogized for his work in pro-Israel public relations and information campaigns. But he also played a pioneering and little-known role in researching America’s response to the Holocaust.

Levine was a communications major at the University of Texas-Austin in the early 1970s. He also had a keen interest in Jewish history. He combined these two areas by choosing to write his master’s thesis on “Propaganda Techniques of the Bergson Group, 1939-1948.”


During the Holocaust years, the Bergson Group’s rallies, newspaper ads, and Capitol Hill lobbying played a major role in forcing the Roosevelt administration to take steps, however belated, to rescue some Jewish refugees. Yet when it came time to write the history of the period, Bergson was left out in the cold.

Part of the reason was that while mainstream Jewish leaders were writing autobiographies giving their version of events, the Bergson activists made no real effort to make their case. Political bias was also a factor. Bergson’s roots were in the Jabotinsky movement, and those who saw him as a political rival were not anxious to give him credit for his Holocaust protests.

The Bergson Group received only passing mention in the first books about America’s response to the Holocaust, such as Arthur Morse’s While Six Million Died (1968) and Henry Feingold’s The Politics of Rescue (1970). It was not mentioned at all in early Holocaust-related museum exhibits and films.

Charley Levine helped rescue the Bergson activists from the dustbin of history. To complete what would be one of the first master’s theses ever written on the topic, the industrious graduate student scoured old microfilms, visited archives in various cities, and conducted interviews with Bergson veterans and others who were involved in the events of the 1940s.

What made Levine’s thesis particularly interesting was that he was writing from the perspective of a communications major (and winner of the Martin Emmet Walter Journalism Fellowship), not a historian. What interested him was how the Bergsonites communicated their message to the American public, at a time when many Jewish groups were nervous about articulating Jewish concerns in the public arena.

Part of the reason for the Bergson Group’s success was its ability to think outside the box (a talent Levine himself often exhibited in his own professional career, it should be noted.) For example, instead of employing traditional methods of public protest, Bergson staged a dramatic pageant at Madison Square Garden and organized a march by 400 rabbis to the White House – the only rally for rescue held in Washington during the entire Holocaust period.

Levine was especially interested in Bergson’s use of newspaper advertisements. This was an unorthodox tactic; in those days, Jewish organizations did not plaster their demands across the pages of the major daily newspapers. Yet during 1943-1944, Bergson placed more than two hundred advertisements in newspapers around the country, to draw attention to the plight of Europe’s Jews.

With headlines such as “How Well Are You Sleeping? Is There Something You Could Have Done to Save Millions of Innocent People from Torture and Death?” and “Time Races Death: What Are We Waiting For?,” the ads were soon being discussed on op-ed pages, in the halls of Congress, and in the White House. On one occasion, Eleanor Roosevelt told Peter Bergson that President Roosevelt complained that one of the ads was “hitting below the belt.” (Bergson replied that he was “very happy to hear that he is reading it and that it affects him.”)

Levine also analyzed the Bergson Group’s remarkable success in recruiting cultural celebrities to supports its cause. This was, Levine argued, truly a triumph of communications skills. Bergson and his colleagues honed a message that appealed to the humanitarian instincts of an array of actors, artists, musicians, and intellectuals, most of them non-Jews, whom the Jewish establishment never considered approachable. 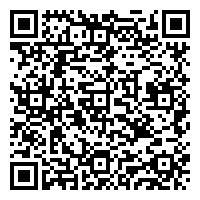