In a week of unprecedented political upheaval, it’s hard to pay attention to anything other than what is before our face. As Naftali Bennett and Ayelet Shaked’s voters watch in shock as they betray every single thing that they claimed to stand for and form a government that gives unprecedented powers not only to post-Zionist parties but to the anti-Zionist Islamist party, it is hard to think about larger issues—like how Israel’s posture on Iran is about to change and what it means for the country.

But on Tuesday, in the midst of everything, the key strategic difference between Prime Minister Benjamin Netanyahu and members of the camp defined by hatred of him came into full view.

Shortly thereafter, Defense Minister Benny Gantz (long a core member of the Netanyahu-haters’ camp) rejected Netanyahu’s assertion. “The U.S. was and will remain Israel’s most important ally in preserving its security and its security superiority in the region,” said Gantz.

He went on: “The Biden administration is a true friend of Israel. Israel does not have and will not have a better partner than the U.S. Even if there are disputes, they will be solved in a direct dialogue, behind closed doors, and not with defiant statements that are liable to harm Israel’s security.”

In other words, Gantz accused Netanyahu of endangering Israel’s national security by speaking openly of the dispute with the Biden administration regarding Iran’s nuclear program.

The disparity between the two men’s views on U.S. nuclear diplomacy with Iran isn’t new. Gantz served as IDF chief of general staff while the Obama administration was negotiating what became the 2015 nuclear deal, otherwise known as the Joint Comprehensive Plan of Action, or JCPOA. That is the same deal that the Biden administration is now seeking to resuscitate.

Throughout his service, Gantz refused to back Netanyahu when the premier attacked the JCPOA for giving Iran the right to build a nuclear arsenal.

When Gantz completed his military service in the summer of 2015, the battle in the United States over Senate approval of the deal was at its height. As tens of thousands of American Jews took to the streets to protest the deal, Gantz flew to Washington to support it. In a speech at the Washington Institute for Near East Policy, Gantz said of the deal: “I see the half-full part of the glass here. Keeping away the Iranians [from a nuclear arsenal] for 10 to 15 years is a good thing.”

He also hinted that Netanyahu was “hysterical” in his response to JCPOA, saying, “I refuse to get hysterical.”

It’s important to note that the nuclear deal did not postpone Iran’s acquisition of military nuclear capability for 10-15 years. It placed limitations on Iran’s nuclear operations, but made them largely unenforceable by empowering Iran to decide which nuclear installations would be open to U.N. inspectors and which they would be barred from entering. And even with their limited access, U.N. inspectors acknowledged that Iran was not abiding by the limitations the deal placed on its nuclear activities.
Moreover, even if Iran had abided by the deal, the agreement gave the U.N. Security Council’s stamp of approval to Iran becoming a nuclear power in 2030. Then-president Barack Obama himself acknowledged that at the end of the deal’s lifespan, the time Iran would require to develop a nuclear arsenal would have dropped to “essentially zero.”

Gantz’s address in Washington poured cold water on efforts to build opposition to the deal among Democrat senators. After all, they had no reason to defy the president if Israel’s own chief of staff said the deal was a good thing.

Gantz’s position—that Israel must publicly back Washington’s approach to Iran’s nuclear program—is shared by many in the upper echelons of the IDF and in the media. It is also shared by Yair Lapid and Naftali Bennett. In an interview with Israel’s Channel 20 in April, Bennett expressed full faith in the Biden administration. He referred to President Joe Biden as “a true lover of Israel.” He argued, “We need to work with the administration to craft the conditions for a return to the [2015 nuclear] deal.”

Are Gantz, Lapid and Bennett right? Is Netanyahu “hysterical?” Is this just a dispute between two friends about how to reach a common goal, or are the U.S. and Israel aiming for different outcomes?

Last week, the United States and Iran held their fifth round of nuclear negotiations in Vienna. To get a sense of whether the Biden administration shares Israel’s goals on Iran but has a different way of going about it, or whether it has a different end in mind, it is important to consider the make-up of the U.S. negotiating team.

The chief U.S. negotiator is Robert Malley. Malley is a pro-Iranian ideologue. He has never hidden his desire to replace America’s traditional Middle East alliance structure, which is based on Israel and the Sunni Arab states, with a structure reliant on Iran and the Muslim Brotherhood. And he isn’t a lone voice either in the administration or in his delegation.

Last week, a new administration official joined the U.S. delegation in Vienna. Ariane Tabatabai joined the administration in February as senior adviser to the Undersecretary of State for Arms Control and International Security.

According to the Iranian exile group Iranian Americans for Liberty, Tabatabai’s father lives in Iran, where he serves as a member of the regime’s inner circle in the university system. The American negotiator’s family ties to the Iranian regime leads naturally to the conclusion that the Iranian regime was represented—or at least warmly regarded—on both sides of the negotiating table.

The current status of the Jewish American pro-Israel lobby AIPAC is also relevant to the question of whether Netanyahu is right to publicly oppose the deal or Gantz, Lapid and Bennett are right in claiming that Israel must follow America’s lead.

From the first days of his presidency, Obama placed AIPAC in an untenable position. For decades before Obama rose to power, Israel enjoyed robust support from both U.S. political parties. AIPAC rode the bipartisan wave to a position of power and influence in Washington. But upon entering office, Obama and his advisers worked to diminish Democratic support for Israel and undermine AIPAC. At his first meeting in the White House with Jewish leaders, Obama stunned his guests by asking J Street to participate. J Street had been formed the previous year by Obama supporters to castigate AIPAC as a right-wing group and to provide Jewish cover for Obama’s anti-Israel policies.

AIPAC had two options for contending with the new situation—Netanyahu or Netanyahu’s haters. If it had chosen Netanyahu’s approach, AIPAC would have exacted a price from politicians who undermined U.S.-Israel ties by ending its support for them. It would have stuck to its guns, criticized the administration for adopting policies that endangered Israel and weakened the U.S.-Israel alliance and supported politicians on both sides of the aisle that stood in stalwart support for a meaningful U.S.-Israel alliance.

AIPAC, however, chose the second option. Rather than fight, it tried to cover over differences with platitudes. When Republicans sponsored resolutions and other congressional actions to oppose Obama’s policies, AIPAC tried to tone down their rhetoric and weaken their initiatives to enable less pro-Israel Democrats to co-sponsor them.

To its credit, AIPAC led a significant fight against Senate approval of the nuclear deal. But when it lost the fight, AIPAC took no action against lawmakers who supported the deal. On the contrary; shortly after the Senate Democrats failed to block approval for the deal that gave Iran the bomb by 2030, AIPAC members held a fundraiser for Sen. Cory Booker despite the fact that he voted in favor of the deal.

The fallout was quick and brutal.

In the six years since the fight over the Iran nuclear deal, the position and power of AIPAC among Democrats and Republicans alike has sunk dramatically. During the 2008 presidential race, Obama himself felt compelled to attend the AIPAC annual conference and express his deep commitment to U.S.-Israel ties and appreciation for AIPAC’s work to strengthen the U.S.-Israel alliance.

Ahead of the 2020 elections, the only Democrat presidential candidate that agreed to attend the AIPAC conference was former New York mayor Michael Bloomberg. AIPAC was only able to get Biden to speak by canceling its own rule barring politicians from sending taped addresses rather than showing up in person. Five Democrat presidential candidates attended the J Street conference.

The pro-Israel lobby’s position among Republicans isn’t much better.

As one senior Republican put it in a moment of frustration, “It’s more important for AIPAC to present a false picture of Democrat support for Israel than to work with us to actually support Israel. So often, when we try to advance a significant effort on behalf of Israel, AIPAC lobbyists show up and demand that we water it down so that a few Democrats will join us. The most important thing for them is to hide Democrat hostility. The most important thing for us is to support Israel.”

It’s true that Netanyahu cannot change the Democrats’ position on Iran. But Lapid, Bennett and Gantz can’t influence it either. On the other hand, Netanyahu’s outspoken opposition to Obama’s nuclear deal with the ayatollahs empowered Republicans to oppose it as well. Netanyahu’s unapologetic stance made him a hero for Republicans who admired his courage and trusted him.

Recently, Netanyahu remarked that having political leaders willing to approve operations against Iran’s nuclear installations is no less important than having security forces capable of attacking them. Leaders who believe that maintaining friendly ties with the Biden administration is their most important goal will necessarily be less willing to approve operations that will anger the likes of Biden, Malley and their team. 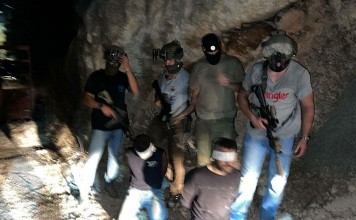 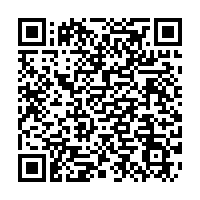