Israel Police held a meeting on Monday with the organizers of the flag parade, which was scheduled to take place on Thursday in Jerusalem, at the end of which the organizers were informed by Commissioner Kobi Shabtai that the parade would be canceled entirely.

Senior Police Jerusalem District officials met Monday with the parade organizers to discuss changing its route. According to Ha’aretz, the police intended to allow only MK Itamar Ben-Gvir to march under heavy security in keeping with his parliamentary immunity, and not any others besides him.


Earlier on Monday, Police Commissioner Kobi Shabtai assessed the situation with Jerusalem District Commander Doron Turgeman and other senior members of the defense establishment. They assessed the possibilities for letting the parade, which is organized by several right-wing organizations and the Religious Zionist Party. Finally, they decided to act on intelligence that suggested the march would lead to a security escalation, including the resumption of rocket fire into Israel, in addition to widespread disturbances in the Old City and the Temple Mount.

Indeed, the cancellation of the parade, after it had been approved last week, constitutes yet another capitulation before Hamas leader in the Gaza Strip Yahya Sinwar, who has been able to terrorize Israeli officials without lifting a finger.

Sinwar spoke on Saturday in response to the right-wing organizations’ intention to hold a second flag parade in the Old City this coming Thursday, and claimed that in the fighting in Gaza Hamas “proved to Israel that there are those who will protect the al-Aqsa Mosque, which is a strategic target for the Palestinians.”

According to the victorious Sinwar, who mocked Israeli defense officials’ claim that they had destroyed a good portion of the famous “Metro” tunnel system, suggested that the clashes in Judea and Samaria and within Israel “constituted a more significant lever of pressure than the rockets.”

Sinwar added that during the recent operation in Gaza, the terrorist organizations used “only half of their power,” and warned that “if another campaign breaks out – the face of the Middle East will change. The last campaign was just a maneuver we wanted to execute to test our strength.”

And so, with this much Arab threat on the line, in the best tradition of the Kapo collaborators in the Ghettos of Eastern Europe, Israel Police decided to obey the Hamas’ instructions and ordered Jewish patriots to cease and desist.

Naturally, the Israeli right’s reaction has been furious, but before we offer you a selection of that righteous rage, do note that this decision of the police has been made under the control of Likud Homeland Security Minister Amir Ohana, who, together with Prime Minister Benjamin Netanyahu, has been warning against the Bennett-Lapid “leftist” government that would give away the store to Hamas. Turns out there may not be a store left to give away.

Chairman of the Religious Zionism party MK Bezalel Smotrich was livid on Monday and issued a statement saying: “A shameful surrender to terrorism and Hamas threats. The police commissioner is unable to defend marchers with Israeli flags on the streets of Jerusalem and is unable to protect the Jewish residents of Lod, Ramla, and Acco. Now he is also making Yahya Sinwar the one who runs Jerusalem. The people of Israel are alive and worthy of a different leadership. Stronger and more determined. We will continue to march proudly through the streets of all of Jerusalem and settle everywhere in it we want.”

Smotrich’s partner, Otzma Yehudit chairman MK Ben-Gvir released a similar statement: “The police commissioner surrenders to Hamas and folds the flag. I plan to walk the full route on Thursday. ”

Ben-Gvir reiterated: “Unfortunately the Police Commissioner is continuing the line of submission and folding before terrorism. I do not intend to give up and this coming Thursday I will march the full route through the Old City of Jerusalem. I call on the Knesset members to join me and exercise our immunity and the sovereignty of the State of Israel in Jerusalem.”

MK Mai Golan (Likud) called MK Itamar Ben Gvir on Monday and informed him that she would join him in the flag parade this coming Thursday at Damascus Gate.

Im Tirtzu CEO Matan Peleg said: “We are saddened by the police’s decision to not allow a march with Israeli flags in Israel’s capital city. This is a severe mistake by the police that harms democracy and surrenders to terrorism.”

Peleg continued: “The State of Israel needs to stop the dangerous decline that it is experiencing on all fronts. The IDF is restricting navigation exercises in the Negev out of fear; in Jaffa, soldiers can’t walk in public dressed in their uniforms; residents of mixed Jewish-Arab cities are being called settlers and are targeted; and in the capital of Israel, terrorist groups are dictating whether or not people can march with Israeli flags. If we don’t wake up, there won’t be a state left for our children.”

Or, as I said above, there won’t be a state left for the leftist government to sell out…

The Sovereignty Movement declared: “It is shocking and scandalous that the March with Flags was canceled. Unfortunately, we are folding under Hamas’ threats. The sovereignty of Jerusalem is violated and our dignity as a free people in our country and our capital is trampled on.”

They noted that “our enemies feel and understand the spiritual power of Jerusalem, they know very well that Jerusalem is the center of our being and therefore harm it. Jerusalem must grow, become stronger, become a metropolis with satellite cities for its national and international status to be strengthened so that its demographics change with an absolute Jewish majority.”

Earlier this week, I suggested (Shin Bet Chief’s Warning Against Incitement May Become Police Repression of Resistance to Bennett’s Government) that to prevent the “ignition of Jerusalem” over Jewish marchers with national flags in the street, the police should prevent violent Arabs from storming the parade’s path. Why only last week Jerusalem police picked up a slew of religious Jews they suspected of being a threat to the gay pride parade (whether or not they were even heading there), and guess what – not one LGBTQ was harmed. So they’re capable of doing it, but only to protect homosexuals. Now you know. 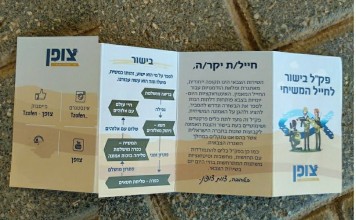 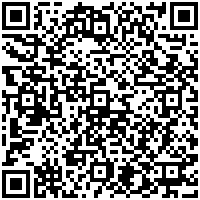