This is a story of a professor who got entangled with a hot dog. The hot dog lost. The professor won. Forever.

Dr. Velvl Greene was a professor of epidemiology and public health at the University of Minnesota. This was around 1960. Professor Greene was involved in the NASA program to find life on Mars. No, the hot dog was not from Mars. Hang in there.

My uncle Rabbi Moshe Feller had recently arrived in Minnesota, and was heavily on Dr. Greene’s case. They talked a lot.

Rabbi Feller called Dr. Greene and said, “Velvl, I know you’re traveling somewhere by plane. Before you take this trip, please do me a favor. Call the airline and order a kosher meal.”

Rabbi Feller responded that when the other Jewish passengers hear that Professor Velvl Greene had asked for his kosher meal, it could inspire them as well. Why should they lose out just because he’s not there yet?

Velvl responded, “Look, I’m not so sure about all this, but if it is going to make you happy, I’ll do you the favor.”

Dr. Greene ordered the kosher meal, and boarded the plane the next day. But when the flight attendant came by, she handed him a regular, non-kosher meal. Dr. Greene was ready for this too. Clearing his throat, he declared for everybody to hear, “No, ma’am, I ordered a kosher meal!”

All heads turned. Professor Greene had ordered a kosher meal! The attendant said, “Okay, I’ll be right back.”

While fellow passengers were feasting on chicken parmesan or steak, even wiping the gravy with bread, the flight attendant was nowhere to be found. The professor was hungry; his mouth was starting to really salivate. The aromas were stabbing his kishkes! He pushed the little button, and when the lady returned he said, “My kosher meal?”

After a few minutes, and after everyone on the plane had been served, the flight attendant came to his seat and said, “Um, Dr. Greene, there must have been a mistake. We don’t seem to have your meal on the plane.”

Dr. Greene was about to blurt out, “Fine, give me another meal.” After all, this wasn’t his idea. He ate all sorts of food at home. Problem was, how could he ask for that meal after he had just made such a big deal on the plane for everyone to know that Professor Velvl Greene had ordered a kosher meal? How would it look if he suddenly said, “Fine, give me a regular meal”?

He landed at Chicago’s O’Hare airport at midnight for a one-hour stopover. He arrived at the terminal, and there was still one store open: a non-kosher hot dog stand. The hot dogs looked and smelled good, plump and juicy. There was even hot sauerkraut available. Velvl Greene was very hungry, but he was even more angry than hungry. He therefore headed first to the phone booth and called the rabbi—collect. A collect call in the middle of the night was sure to invite panic. And indeed, Rabbi Feller was deeply concerned that something terrible had happened.

“This is a very upset and hungry Professor Greene calling from O’Hare airport in Chicago,” he said. “I’ll have you know that they did not have my kosher meal on the plane, and I’m starving. I also want you to know that there is a hot dog stand 20 feet away from me. Before I go ahead and buy one and eat it, I just wanted to wake you up to tell you that I’m going to eat it. I’m going to have it with mustard, onions, relish and kraut. After I finish the first one, I’m going to have a second one!”

The rabbi was quiet for a minute, and then he said, “Velvl, on many occasions you have asked me about the essence of Judaism, what it all comes down to, what it calls forth from within us. Tonight, right now, in this telephone conversation, I’m going to tell you the essence of Judaism. It’s about passing the hot dog stand and not buying one. It’s about being able to get on your connecting flight without having eaten the hot dog. That’s all of Judaism; the rest is commentary.”

The professor says, “Feller, you’re nuts. I always thought you were nuts; now I know you’re nuts. This is all of Judaism? Feller, as every bite of this hot dog goes down my throat, I’m going to be thinking of you and saying your name. I am going to eat this in your honor.”

And he hung up the phone.

He headed straight for the stand, stood in line and waited for his turn. He was about to place his order, when something very strange happened. He tried to say, “Can I have a hot dog?” He wanted it, he was hungry, he was angry, and gosh, those hot dogs looked better and better with each rotation of the grill.

Professor Greene never bought that hot dog, not then, not ever again. That trip changed his life. One small “no” for a hot dog, one great step for a man. 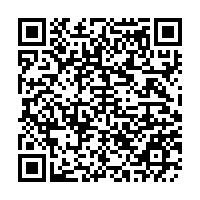