David C. Speedie, a senior fellow and director of U.S. Global Engagement Program at the Carnegie Council for Ethics in International Affairs, recently wrote how he follows me “quite closely” and that my work is of no value because I don’t “in any way question any aspect of Israel’s policy.”


He implied here that I am a lapdog of the Israeli government with no mind of my own, but a p.r. agent or lobbyist for whoever’s in charge in Jerusalem, so my views should have no weight. His portrayal undermines my role as an independent analyst and therefore calls for refutation.

In fact, I disagree often and volubly with Israeli policies, as the following partial list suggests:

In brief, I advocate an Israel that seeks victory.

My disapproval of Israeli policies is so severe that one Israeli academic took it upon himself to scold me publicly (in the Jerusalem Post) for the “patronizing and insulting” quality of my critique concerning Samir Kuntar, prompting an extended debate between him and me on this topic. The current prime minister of Israel once spent an hour dressing me down for my portrayal of his 1998 diplomacy with the Hafez al-Assad regime.

Obviously, someone who claims that I never criticize Israel does not follow me “quite closely.” Obviously too, he does not have the above list in mind. Rather, he would have me protesting checkpoints, the “occupation,” the “settlements,” the “apartheid wall,” the “Judaization of Jerusalem,” and Gaza’s being “an open air prison.” Well no, I complain from the other side. But that should no less effectively dispel the insinuation of agency. (September 29, 2013) 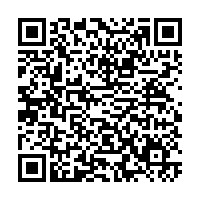