The recent rise in military tensions in the Persian Gulf between the US and Iran introduces a heightened possibility that Iran will activate proxies against Israel, or respond more fiercely to alleged Israeli airstrikes on Iranian assets in Syria.


Currently, the Islamic Republic is pursuing a policy based on a phased deterioration of regional stability. Its object is to extract what Tehran perceives as a “proportionate” price for the Trump administration’s chokehold on the Iranian economy.

At the time of writing, this policy has seen the Iranian-backed Shiite Houthis in Yemen launch long-range explosive drone attacks targeting oil facilities near Riyadh, the Iranian-orchestrated sabotage of commercial ships docked at an oil tanker port in the UAE, and a rocket attack on the US Embassy in Baghdad.

It has also seen reported suspicious movements of Iranian proxy forces, Iranian missile boats, and Quds Force activities in the region, in what appear to be preparations for escalating the security situation if ordered to by Iranian Supreme Leader Khamenei.

So far, Iran’s message to Washington has been that it will not give in to American demands to renegotiate the nuclear deal or discuss any limitations to its ballistic missile program. Iran has already announced that it will increase its level of low enriched uranium beyond JCPOA limits – a threat that it could break out to the nuclear weapons production stage in future.

In addition, Iran is warning that the closer it comes to economic crisis and resulting domestic instability because of US sanctions, the more unstable and dangerous the region will become for America’s Sunni allies, for their ability to export oil, and for Israel’s security.

Israel must assume that Iran’s plans include, in the event of further escalation, the possibility of proxy attacks on its territory and on overseas Israeli targets. In light of this possibility, it is worth examining some of Iran’s likely escalation options, as well as Israeli potential countermeasures.

Some observers have assessed that Iran’s inflammatory policy in response to US economic pressure was visible on May 4, when the Iranian-backed Palestinian Islamic Jihad (PIJ), the second-largest terror faction in Gaza, initiated a sniper attack on IDF personnel on the Gaza border, triggering two days of intensive fighting.

The Meir Amit Intelligence and Terrorism Information Center said that in this eighth round of violence in the past year in Gaza, “Iran’s involvement could also be detected, through the Palestinian Islamic Jihad. In an interview to the al-Mayadin network, the Secretary General of the organization, Ziad al-Nakhla, stated that Islamic Jihad did not consult Iran during the latest escalatory round, but emphasized that his group maintains ongoing contact with Iran and Lebanese Hezbollah.”

The Center stated that Iran is linked to “a combative policy in Gaza of the Palestinian Islamic Jihad Organization, Iran’s preferred proxy, which recently orchestrated an escalatory round in the Gaza Strip, the worst since the 2014 conflict.”

Gaza’s growing instability, which was apparent months ago, and which is also fueled by Hamas’s strategic distress and isolation, is a central reason behind a decision by IDF Chief of Staff Lt. Gen. Aviv Kochavi to prioritize this arena in terms of military readiness.

Iran and PIJ may have an interest in dragging Israel into a prolonged Gazan campaign, which could develop into a ground operation. Israel will be unable to tolerate further frequent rocket fire on its civilian home front. The defense establishment and security cabinet will therefore need to select response options that combine the need to respond forcefully to further PIJ provocations with Israel’s broader strategic interests.

As it appears to have done in May, Israel should dodge Iranian ensnarement schemes in Gaza at times that are inconvenient for it but convenient for Tehran. It should seek to choose its own timing for offensives, if they prove necessary.

Another trouble spot where Iran could seek to turn up the heat on Israel is Syria, where Israel and Iran have been fighting a lengthy shadow war. On May 18, there were reports that Israel had conducted missile strikes on a target south of Damascus; while in April, the Assad regime’s official media said Israel had attacked a target in the northwestern Syrian city of Masyaf. At the end of March, reports emerged of significant strikes targeting what appears to be a missile production facility, in which Iranian and pro-Iranian personnel were reportedly killed.

Iran, for its part, maintains Shiite militia forces in Syria totaling some 80,000 fighters from around the region, including Iraqi, Afghan, and local Syrian members, as well as contingents of Lebanese Hezbollah forces (many of whom are now returning to Hezbollah bases in Lebanon as the Syria war winds down).

The Islamic Republican Guards Corps and its overseas operations unit, the Quds Force, headed by General Qassam Soleimani, remain highly committed to turning Syria into a zone of Iranian influence and control and a future launchpad for attacks against Israel. As part of its wider regional deterioration options, Iran could plan to use its assets in Syria to attack Israel, whether by anti-tank missile fire, ballistic projectiles, or cross-border terror cell raids.

The IDF’s Northern Command and Military Intelligence Branch are presumably on the lookout for signs of such activity and are preparing any necessary responses for these contingencies. Israel’s response to such attacks will have to contain an operational logic that decides whether to retaliate forcefully and consider the matter closed, or counter-escalate and enter into a rolling campaign to extract a higher price from the Iranian axis.

Iran’s primary proxy force in the region, Hezbollah in Lebanon, represents the least likely yet most dangerous escalation channel. Hezbollah’s mammoth arsenal of some 150,000 projectiles and well-trained terrorist army represent the foremost military challenge to Israel, and the IDF has spent recent years preparing and adapting itself to meet this challenge.

Any escalation from the direction of Lebanon brings with it the risk of all-out war, which would entail a large-scale Israeli ground and air operation. Hezbollah would likely sustain enormous damage in the aftermath. As Tehran is likely keen to save Hezbollah for future challenges, it is unlikely to order provocations out of Lebanon. Hezbollah itself, still keenly aware of the damage Lebanon incurred in the 2006 Second Lebanon War, appears reluctant at this stage to initiate conflict and expose itself to the IDF.

Nevertheless, the higher regional tensions climb, the greater the chance of miscalculation and inadvertent escalation. Israel has little choice but to prepare itself and be on the highest alert for Iranian escalation as Iran’s economy continues to deteriorate and the regime feels increasingly cornered. 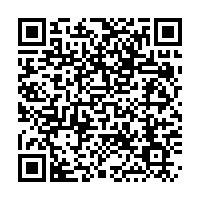