It is a question that marks the beginning of a new era in our history. Its enormous depth, concealed by its simplicity, penetrates all spheres – the past and the future, the tangible and the abstract, the individual and the nation. Yet it remains a question unanswered until this very day: “How?” Or in the language of Jeremiah the prophet, “eicha?”

In a few days, Jews worldwide will be mourning the destruction of both holy temples which occurred 656 years apart but on the same bitter date of Tisha B’Av, the ninth of Av.


Upon the destruction of the second Temple, our nation’s very survival was cast into doubt. Our relentless enemies continued to menace our people with a combination of profound hatred and cruel force. Acceptance was replaced by persecution, tolerance by expulsion, comfort by distress.

Yet, surprisingly, our Sages chose to commemorate these bitter times not by asking “why,” as many often shout when sorrow strikes. Rather, they preferred to focus on the question of “how?”: “How lonely sits the city that was full of people! How like a widow has she become, she who was great among the nations! She who was a princess among the provinces has become a slave” (Lamentations 1:1).

Scientists and philosophers say that most questions concerning the enigma of our existence can be condensed into three fundamental words: what, why and how. “What” strives to understand the core of ideas and entities. “Why” is a quest for purpose and meaning. “How” aims to uncover the reason beneath the surface of things.

My dear teacher Rabbi, Adin Steinsaltz once explained that two of the world’s leading disciplines, mathematics and science, are based on these very questions. “Mathematics,” he said, “asks ‘what’ through infinite calculations that seek to explore the essence of things, while science asks ‘why’ and ‘how’ by examining their reaction.”

Yet unlike the first two questions, the third elemental question of “how” has not been emphasized enough outside the world of science. It is often overlooked, though its resonance has never been louder. It is yelled by innumerable people, societies, foundations and organizations that wish to learn, to progress, and even to give of themselves, but they just do not know “how.”

The philosopher Jean-Paul Sartre expressed this idea poignantly: “Everything has been figured out, except how to live.”

Interestingly, these questions are parallel to the three developmental stages of human life. During our childhood, we ask the “what” question. As we grow into our teen years, the question suddenly switches from “what?” to “why?” Unfortunately, the “whys” of teenagers are oftentimes misinterpreted as acts of rebellion, and we forget that their principal desire is to genuinely explore the reasons for everything.

Eventually, as we transition to adulthood, the question of “how” takes center stage. Questions such as “How can I get married?” and “How can I find a job?” and “How can I pay my bills?” quickly become an integral part of our everyday vocabulary.

In the first stage, when desolation ruled, our ancestors’ questions centered around “what.” The creation of the world, the flood, and Abraham’s quest for God were all infused with the many “whats” uttered by giants such as Adam, Noah and Abraham.

Later, when we received the Torah, we learned to ask “why.” It is thus no wonder that “why” is the most common question posed by the Torah’s commentaries and its offshoots. And then, two thousand years ago, the question of “how” began to arise, leading our world into its final developmental stage, the Messianic Era.

In our day, the abundance and accessibility of knowledge, and the widespread ability to obtain the material things we desire, have rendered the questions of “what” and “why” into non-issues. But the question of “how” has yet to be addressed seriously. This is particularly true for Jewry. 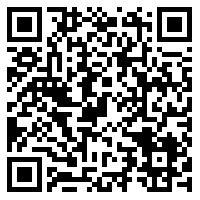