Unless things change drastically in the next few days, we will one again experience Tisha B’Av, the saddest day on the Jewish calendar. Every year, while awaiting the Geulah, we reflect on our condition in the Diaspora and what this long, seemingly endless exile is expected to teach us.

There is an interesting anecdote regarding a meeting between the prophet Jeremiah and the Greek philosopher Plato. Jeremiah was mourning the destruction of Jerusalem, and Plato engaged him in conversation.

“I do not understand how a sage of your stature can weep so bitterly over something that is over and done with,” Plato said to him. “Surely what is past is done with, and your concern now ought to be solely with how you can influence the future. What possible use can there be in all this weeping?”

Jeremiah replied, “I cannot give you a proper answer to your logical question, for you will not understand it.”

Was Plato not right? Surely now, 2,500 years later, is it not time to focus on the present and future, and let bygones be bygones? Can we never forget? Can we never forgive? How can we – after all this time – spend three weeks every year in a state of mourning, culminating in a day of fasting and sadness?

One of God’s great blessings to us is that the sting of painful events tends to fade with time. “Hashem has decreed that a deceased person should be forgotten from the heart” (Sofrim 21). If it wasn’t possible to forget, and instead we forever retained the freshness of the pain one feels upon losing a loved one, we would be immobilized and unable to cope with life. It is a blessing that while we always carry a memory of a departed loved one, we are able to remove the understandable pain of his or her loss from the forefront of our consciousness.

Yet this general rule does not hold here, as expressed by the famous verse in Psalms 137, “If I forget you, O Jerusalem, let my right hand forget its skill.” We are instructed never to forget. The Sages, by instituting all the halachot pertaining to the Three Weeks, ensured that during one extended period (among other times during the year’s course) we would constantly remember to mourn for Jerusalem.

This is such a fundamental thought that it should permeate all of life’s concerns. We struggle with numerous issues, be it our children’s education, our personal growth and existential concerns, and financial challenges. We look at the dangerous world scene with apprehension. And despite the pundits and “wise men” with self-declared solutions to seemingly intractable problems, we forget that the main problem is galus – our distance from Hashem and His Holy Temple.

We can solve problems here, in Israel and throughout the world while at the same time grow in our spiritual lives as Jews, but the gaping hole of living in galus still remains.

Why are so many Jews distant from their spiritual roots? Why is there so much internal strife among Jews? How will we ever be able to resolve the great issues that divide us, when those matters are based on such fundamentally different outlooks on what the Torah is, what it means to be Jewish, what our Jewish obligations are, and how flexible we can be about adapting them to modern times?

What will it take to get the far too many Jews with no idea of the beauty of Shabbos and living a life of Torah to experience even a glimmer of what they are missing? How will the great problems enveloping and threatening the Land of Israel ever be resolved? 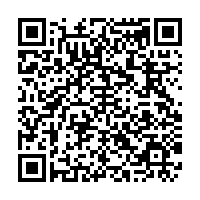