As evidence of what Professor Edward Alexander has called “the explosive power of boredom” in rousing the liberal professoriate to its ideological feet, Harvard’s own professor of Anthropology and of African and African American Studies, L. Roland Matory, called upon his academic peers once again in a November faculty meeting to foster “a civil dialogue in which people with a broad range of perspectives feel safe and are encouraged to express their reasoned and evidence-based ideas.”

And what were those “reasoned” ideas that had caused professor Matory to feel “unsafe” on Harvard’s insulated campus? Criticism of Zionism and Israel, of course, an issue about which Professor Matory and others have many notorious opinions, but which are being suppressed, in his view, through “widespread censorship of dissent about Israel-Palestine.”

Professor Matory’s implication is that on this one issue – criticism of Israel – the sacrosanct notion of “academic freedom” is being threatened by those pro-Israel opponents who wish to stifle all speech critical of the Jewish state.

But like many of his fellow travelers on the academic left, Professor Matory makes the mistake of assuming that academic freedom, and its stepchild, academic free speech, is a bundle of rights that can be exercised without regard to those two other fundamental principles of higher education: academic responsibility and a fervent commitment to actual scholarship, as opposed to ideology parading as what he calls “reasoned and evidence-based ideas.”

With great regularity, academic imbecility and fraudulent scholarship have been substituted for reasoned inquiry on our campuses, and, observes Michael Rubin, a resident scholar at the American Enterprise Institute, “academic freedom is meant to protect scholarship, not replace it.”

Professor Matory is not the first academic to bemoan the oppressive and fearful might of pro-Israel forces in stifling any criticism or discussion of Israel; and his outrage and trepidations might inspire sympathy save for the inconvenient fact that the sheer volume and frequency of chronic, unrelenting, vitriolic, and one-sided demonization of Zionism and Israel on campuses worldwide makes Professor Matory’s claims of being cowered into silence by Israel’s supporters a bit disingenuous.

In that respect, Professor Matory shares a view similar to that of the Kennedy School’s Stephen Walt, who, with University of Chicago’s John Mearsheimer, recently published The Israel Lobby, a book-length version of an earlier paper that revealed the existence, in their minds, of a powerful, cabalistic lobby in America working to sway public policy and jeopardize America’s international standing, all to Israel’s advantage.

“The goal [of the Israel Lobby],” they wrote, in words similar to Matory’s own wild observations, “is to prevent critical commentary about Israel from getting a fair hearing in the political arena.” While their insidious bit of scholarship soared to the top of the non-fiction bestseller list and sent the pair off on a nationwide book tour, they still manage without embarrassment to proclaim that they are, like Matory,” touching the “third rail” of political discussion and fearfully go public with criticism of Israel.

Professor Matory also recalled how another luminary of the academic netherworld, Norman Finkelstein, was disinvited from Harvard because of his unrelenting criticism of Israel. Finkelstein is a man whom Professor Steven Plaut of the University of Haifa has called a “pseudo-scholar and Holocaust trivializer” who “used his position at DePaul University in Chicago to promote his open celebration of Middle East terrorism.” His best-known screed, The Holocaust Industry: Reflections On The Exploitation of Jewish Suffering, minimizes the magnitude of the Holocaust while simultaneously making the perverse accusation that it is used by Zionists to extract sympathy from the world community and to justify the oppression and subjugation of the Palestinians by Israelis.

Finkelstein, who was recently denied tenure at DePaul, has now also adopted the position that his failure to thrive, academically speaking, is the direct result of his being bold enough to speak up against Zionism and Israel – and that he has been punished into silence accordingly, even while he regularly visits college campuses nationwide where his forbidden speech apparently is heard by eager audiences.

What Professors Finkelstein, Walt, Mearsheimer, and Matory have all apparently failed to realize is that they have not been silenced at all in their unrelenting rants against Israel; in fact, the very opposite is true – they have achieved worldwide notoriety and, in some quarters, wide acclaim for their views. More important, in their zeal to preempt the insulating force of this notion of “academic freedom,” they have sought to deprive their ideological opponents of the same rights and protection; that is, while they want to be able to utter any calumny against the Jewish state and suffer no recriminations for their speech, they view any speech from those challenging their views to be oppressive, stifling, unreasonable, and, in the popular term used by those who frequently utter second-rate ideas, “chilling.” 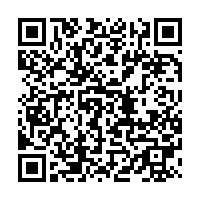