“A democracy must fight terror with one hand tied behind its back.”

So stated Aharon Barak, the former president of Israel’s Supreme Court at a forum I recently attended at the Shasha Center for Strategic Studies at the Mount Scopus campus of Hebrew University.


The discussion centered on the potential and real conflict between democracy and the war on terror, and featured a debate between Barak and Judge Richard Posner, former chief judge of the United States Seventh Circuit Court of Appeals (based in Chicago), and one of the leading conservative legal scholars in the United States.

Abstractions do not always mingle well with the real world. Hebrew University President Menachem Magidor bragged that it is good to be in an ivory tower, detached from the real world and capable of pontificating about anything without consequences, although, he said, “we should keep the doors and windows open to see what the people are doing.”

So when the evening began with 25 minutes of heckling from individuals protesting “the occupation,” the liberal authorities (and HU is a liberal bastion) had no idea how to respond. People jeered – at the evening’s chair, former Mossad head Ephraim Halevy, and then at Barak when he started to speak – and security raced over to plead with the protesters to sit down and be quiet, and plead, and plead some more.

I was sitting in the third row with a group of professors (don’t ask), and when one said, “See, this is real democracy,” I answered, “No, this is not democracy, this is anarchy.”

After 20 minutes the crowd started chanting to throw the hecklers out, and eventually the ringleader was dragged away (howling that her rights of free speech were being violated!). Five minutes after she left, another one started in. By the fifth such demonstrator, “tolerance” was tossed to the wind, along with the remaining protesters.

The irony is that they should have stayed, because Barak’s words, actions and philosophy are powerful weapons in the hands of terrorists and a major reason why Israel’s strategic position has declined so precipitously in the last 15 years.

Justice Barak posited that the main function of a judge in the war on terror is to protect democracy “both from the terrorists and from the means the state uses to combat terrorists.”

The judge protects democracy from the state, the Knesset, the army, and even the people – even if there is less security for the people. Any curtailment of liberties that occurs in wartime will inevitably carry over to peacetime, and, in any event, “peace for one person is war for another.” Terrorists are just “lawbreakers” and must be dealt with, but not at the expense of fairness, justice or their human rights.

Thus, he boasted of his court’s decisions (almost all written by him) forcing the army to re-route the security wall (“the additional security provided was not commensurate with the additional harm caused to Palestinians”); overturning the government’s decisions expelling certain terrorists; nullifying the Knesset’s law permitting the demolition of the homes of terrorists; and setting the standards on a case-by-case basis for targeted assassinations of terrorist chieftains.

Barak even invalidated the Knesset’s repeal of the “Family Reunification Law” that had permitted Israeli Arabs to marry spouses from Judea, Samaria and Gaza and enable them move to Israel proper. This law became, in effect, an underground railroad for terrorists as no fewer than 26 of these “spouses” were subsequently imprisoned for perpetrating murderous acts against Jews. Barak ruled that the law must remain in effect, as it would violate the human rights of Arabs not to be able to choose their spouses and have them live in Israel. (Of course, the women could have moved to the Gaza paradise to live with their basherts, but Barak did not consider that.)

And so on. Barak prided himself on ruling Knesset laws unconstitutional, a neat trick given that Israel has no written constitution. He paid lip service to Justice Robert Jackson’s famous dictum that “the Constitution is not a suicide pact” and to the idea that a government’s primary obligation is to protect its citizens. But Barak sees a higher value – protecting the abstract beauty of democracy and human rights (in which “judges are the experts”), notwithstanding the harm to the individual. 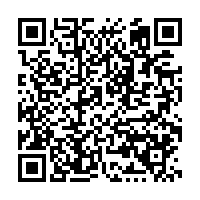