On Aug. 7, two gunmen on motorcycles fired shots on a white Renault L90 sedan in the affluent northern Tehran suburb of Pasdaran. Initial reports identified those killed in the vehicle as Lebanese history professor Habib Daoud and his 27-year-old daughter, Maryam.


Their deaths did not receive much media attention, due to other events in the region over the summer. A mere three days before the killing of Daoud and his daughter, for example, Lebanon was rocked by a massive blast at the Beirut Port; there were frequent explosions at nuclear power plants in Iran; and a heated discussion was taking place at the U.N. Security Council over America’s proposal to extend sanctions on the Iranian regime.

But the incident would emerge as one of major significance, as Daoud, it turns out, was actually Al-Qaeda’s No. 2, Abdullah Ahmed Abdullah—nom de guerre Abu Muhammad al-Masri—the Egyptian-born architect of terrorist attacks on American embassies in Africa since the late 1990s. And his daughter was the widow of Hamza bin Laden, the son of Al-Qaeda mastermind Osama bin Laden.

Tehran was quick to deny that it was al-Masri who had been assassinated because his very presence in Iran constitutes evidence of the regime’s collaboration with a Sunni terrorist, for whose capture the United States had offered $10 million. More importantly, the fact of his presence in the Iranian capital demonstrates the link between Al-Qaeda and the Shi’ite-dominated country, the world’s leading state sponsor of terrorism.

It also illustrates that the violent millenary war between the Sunnis and the Shi’ites has been put on hold, if not buried, in the name of the unwavering common hatred towards the Western world, first and foremost America and Israel.

This weekend, it was revealed that Israel, in conjunction with the United States, was behind al-Masri’s assassination—and who knows how many others like it—in order to avert massacres, punish international terrorists, and destroy organizations on the warpath, including in Europe. It is a shared admirable aim.

In addition to the usual prowess and incredible courage of the Mossad operatives whose identities will never be known, one cannot but praise Israel’s intelligence agency for its fantastic ability to carry out such a successful operation, even in Teheran.

Israel has shown its formidable capability in enemy territory. As Israeli Prime Minister Benjamin Netanyahu has told the Iranians on more than one occasion: “We know everything you’re doing.”

It is no accident, therefore, that the U.S., which has sought justice for the attacks on its embassies in Kenya and Tanzania that killed 224, turned to its tiny ally in the Middle East to help take aim on the territory of the ayatollahs who publicly call for its destruction.

U.S. President Donald Trump established a close relationship with Israel that allowed such a seemingly impossible operation. Though there are varying views of Trump’s foreign policy, his unwavering stance towards Israel is hard to refute. The recognition of Israeli sovereignty over the Golan Heights, for example, has had the result of dismantling the imperialist ambitions of the corrupt and bloodthirsty Ba’ath regime that considered Syria, Israel and Lebanon as part of greater Syria. Trump has put an end to this engine of regional violence while—as Amotz Asa-El wrote on Friday in The Jerusalem Post—simultaneously scaling back militarily.

His most important achievement by far, however, was dismantling the historically crazy, untenable fantasy that the Jewish people have no right to Jerusalem, the heart of their historical homeland, as their capital—and moving the U.S. embassy there from Tel Aviv. So just a policy was this that even President-Elect Joe Biden hasn’t expressed the intention of undoing it.

Finally, the recently signed Abraham Accords present a revolutionary opportunity not only for the Middle East, but also for the entire world and its three monotheistic religions. Its value lies in demonstrating that there is no conflict between the West and the Arab world, apart from the ideological one fomented by certain extremist Muslim groups.

The decision taken by the United Arab Emirates and Bahrain was based on the need to overthrow the hegemonic power of Islamic terrorism and desire to create a positive dialogue with both Jews and Christians—peoples whom al-Masri and his ilk believed should be destroyed and drowned in blood.

Islamic Revolutionary Guard Corps’ Quds Force commander Gen. Qassem Soleimani, who was assassinated by the United States in January, thought the same way from the Shi’ite side. And the Trump administration understood the danger that he posed to the world.

The revelation of al-Masri’s death at the hands of Israel and the United States is one that a large part of the Islamic world will welcome with satisfaction, as it helps transcend the fear of Sunni terrorist organizations and shows that Iran can be beaten on its own terrain. 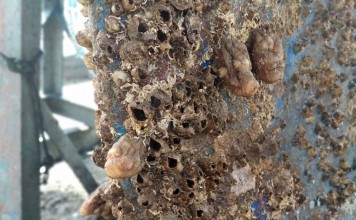