We can appreciate New York Sen. Chuck Schumer’s ardent desire to take over from Sen. Mitch McConnell as Majority Leader of the United States Senate. We can also appreciate that to get a Democrat majority in this election cycle, Schumer likely needs for Democrat Senatorial candidate Rev. Raphael Warnock to win a January run-off election in Georgia.

But Warnock is a real problem for the Jewish community. In 2018, in the wake of a series of Hamas border attacks on Israel and Israel’s retaliation, Warnock said this in a sermon to his congregation:

We need a two-state solution where all of G-d’s children can live together. We saw the government of Israel shoot down unarmed Palestinian sisters and brothers like birds of prey…. It is wrong to shoot down G-d’s children like they don’t matter at all. And it’s no more anti-Semitic for me to say then it is anti-white for me to say that black lives matter. Palestinian lives matter.


Warnock claims he was referring to the deaths of Palestinian civilians who demonstrated in support of Hamas militants and that he is a strong supporter of Israel, crediting it with being the greatest proponent of democracy in the Middle East. He says he opposes nuclear weapons for Iran and the BDS movement and supports a two-state solution while opposing settlement expansion because the two are inconsistent. Warnock also says he has support in Atlanta’s Jewish community.

But, frankly speaking, all explanations notwithstanding, who talks the way he did in the aforementioned sermon? Targeting unarmed Palestinians like birds of prey? Is that what Israel does when it shoots defensively at armed Hamas infiltrators and inadvertently hits Palestinians who place themselves in the line of fire as human shields? Is Israel all about the wanton shooting down of G-d’s children “like they don’t matter at all”?

All the protestations and claims of only having some political differences with Israel to the contrary have a hollow ring. In fact, what the good reverend does sound like is someone who blood libeled the Jewish state. 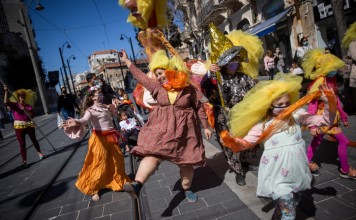