The corona epidemic is paralyzing the whole world, together with most of the Middle East. Except for Iran, where the number of those infected and dead is very high, the rest of the states in the region are reporting a relatively low number of infected and dead (these reports are not considered reliable). However, most have taken different degrees of steps to protect themselves. In those places where there is civil war (Syria, Yemen, Libya and Sinai), their attention is focused on the war and corona is secondary on their agenda.


An additional significant and direct consequence of the crisis on the region is the steep drop in oil prices and, although recovered a bit, they are still at a very low level. In relation to this, the damage to Iran is especially severe as its foreign currency reserves are lower than other oil exporters, its needs are greater, and it suffers from American sanctions which are getting harsher.

Some additional consequences worthy of note at this stage are:

The Impact on Iran

Iran is the arena getting the most attention. The inability of the regime to respond effectively to the crisis has brought it to a low point in its standing at home and in the region. This comes against the background of the increasing cost of the American sanctions, the implementation of financial sanctions by the international Financial Action Task Force (FATF), the consequences of the elimination of Quds Force commander Gen. Soleimani and the limited reaction to it, the embarrassment of the downing of the Ukrainian plane, and the memory of the November 2019 demonstrations after the increase in gas prices. As if all this was not enough, corona has infected a number of Iranian officials and has also weakened the regime’s standing.

Many in Iran believe that the dangerous reality of corona is the result of the problematic conduct of the regime (not stopping flights from China in time, not closing the educational institutions, the neglect of the health system). The regime is trying to leverage the occasion to create solidarity among the Iranian people which will enable it to moderate the criticism directed against the leadership. To do this it is striving to convince the public that it is not responsible for their distress and at the same time convince the U.S. and the international community to come to their aid. Along this line, Iran is acting in a number of directions:

So far, the U.S. has denied Iran’s requests, especially since in the meantime Iran has increased its enrichment rate of uranium beyond what is allowed according to the nuclear agreement. Moreover, Iran is not allowing the inspectors of the International Atomic Energy Agency (IAEA) access to suspicious sites that the organization asked to check as a result of information that arose from the nuclear archives that Israel brought out of Tehran two years ago. (Moreover, the activity of the inspectors has been reduced due to the spread of corona in Iran).

In the meantime, the U.S. at this time is holding back from taking far-reaching action against Iran, particularly the option of requesting the Security Council’s implementation of the “snapback” sanctions provisions, the significance of which is the cancellation of the nuclear deal. Also, the Europeans (Britain, France and Germany), who are now busy dealing with corona, are holding back from taking measures against Iran, following their activation of the dispute resolution mechanism in the nuclear agreement after IAEA reports on Iranian actions. It seems that the U.S. is not interested in appearing like someone taking advantage of the crisis and that, from the beginning, the Europeans had no intention of pressuring Iran.

For Regional Conflicts, This Is Just a Time-Out

In any case, at this time, dealing with corona has not brought any change in the camps which make up the region and are fighting over the extent of their control and over regional hegemony. They include the radical Shiite axis led by Iran; the pragmatic Sunni camp in which Saudi Arabia plays a central role; the realistic radical Sunni camp led by Turkey, Qatar and the Muslim Brotherhood; and the ultra-radical Sunni camp led by the Islamic State and al-Qaeda.

Except for the danger that the epidemic can create for the stability of the Iranian regime, it does not look like it will lead to a regional change. The potential for this happening could occur in the future if the epidemic widens and especially if some of the leaders are infected by corona (some are in the endangered group).

Moreover, all of the parties are maintaining their worldviews and are not showing any tendency to compromise in light of the epidemic and the need for everyone to fight together against the threat that nature has created. Even though in the West one hears voices like this, even if their weight is very limited, in the Middle East, against the background of the corona pandemic, there is no attempt to bring up new ideas and it is considered a period of time-out, whose extent is not known, until every party renews its striving towards its aims.

Unlike the Middle East, in the international arena there is a serious potential for greater change in a number of directions that may impact on Israel:

The implications for Israel derived from the pandemic will be influenced by the continuation of the crisis, the intensity of the damage to life, and the extent of the economic damage in Israel, in the region, and in the international system, all of which are unmeasurable and unpredictable for now:

(Brig.-Gen. (res.) Yossi Kuperwasser is Director of the Project on Regional Middle East Developments at the Jerusalem Center. He was formerly Director General of the Israel Ministry of Strategic Affairs and head of the Research Division of IDF Military Intelligence) 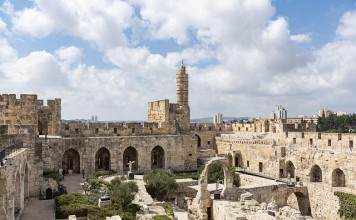 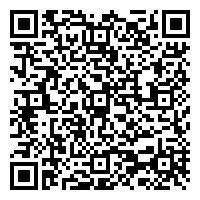