New York is on the verge of 10,000 confirmed cases of the COVID-19 coronavirus in the city — about two-thirds of the cases in the State of New York — Mayor Bill De Blasio said somberly in a briefing Monday evening. He then went on to ask New Yorkers to thank those who provide service every day, and help each other.


“Remember to thank people who do so much for us,” the mayor said. “This coming week we’re going to be dealing with a whole different reality.”

“Each day I have a very unfortunate obligation to tell you the overall situation in terms of the number of cases,” De Blasio said.

“I remind you that every case is a human being and a family. And the numbers, again, continue to be staggering… We represent a third of the entire number of cases in the United States of America, and about two-thirds of the cases in the State of New York, or even more.”

As of 10 Monday, there were 9,654 confirmed cases of the coronavirus in New York City, the mayor said. There were 63 deaths in the city from the virus as well. The breakdown of cases by borough was as follows:

COVID-19 Attacks 1 of 1,000 in NY Metro Area
According to National Coronavirus Response Coordinator Deborah Birx, the COVID-19 coronavirus is attacking nearly one out of every 1,000 individuals in the New York metro area (New Jersey, New York City and parts of Long Island). Birx said Monday evening at a White House briefing with President Donald Trump and Vice President Mike Pence that the “attack rate” in the New York area is five times what other areas are seeing.

She also said that 28 percent of the specimens from the New York metro area have been testing positive, compared with less than eight percent in the rest of the country. Due to shortages, New York officials are asking that only people with severe symptoms seek testing.

Birx also said it is clear that the coronavirus has been circulating in the New York metro area for a number of weeks, for that level of penetration to exist in the general community.

The good news, De Blasio said at his briefing in the city, is that “as of this moment in New York City, in the age group from birth to 44 years old, there have been no deaths.”

Particularly Dangerous to New Yorkers Ages 70+
Dr. Anthony Fauci, leading national expert on the coronavirus and a Brooklyn native, told the mayor in a phone conversation it is important to educate people about the particular dangers the virus poses to people over the age of 70, De Blasio said.

The mayor added that 35 percent of the hospitalizations for the virus in the city were for people ages 70 and over.

“These are the folks in the greatest danger,” he said, noting this age group comprises only 10 percent of the city’s population.

It’s important to protect the city’s older residents, he said. He urged New Yorkers to keep their older loved ones isolated, but to “still give them a lot of love and support with phone calls, face time, everything you can do to support your older loved ones, getting them the things they need, but keep them out of contact with others to the maximum extent possible, to protect them. That’s crucial.”

‘New Reality’ – No More Big Barbecues
The mayor then addressed the “new reality” of the social distancing order facing the city’s parents, and how it will impact the lives of New York parents. In an uncharacteristic manner, the mayor minced no words, nor did he attempt to lay blame for the new restrictions he knew would cause great difficulty for some of his biggest supporters. He simply laid out the facts and made it clear there was no choice.

“On the question of parks, I spoke earlier with Governor [Andrew] Cuomo — we are fully aligned. We understand that we have a big and different and new challenge on our hands. Folks who are going to be home in a way that literally doesn’t happen any time of year, not even in the summer, to have so many people home at once, so many families and so many children looking for some opportunity to get out of their homes at least for a small portion of the day.

“I want to emphasize — every single day, plans can change based on new circumstances because we are dealing with something that we have never dealt with before.

“We understand that under the governor’s “Pause” order — which I entirely agree with — we need to ensure that people who want a little exercise in their day, that they can do that the right way.

“It is an absolutely normal feeling to want to get outside and get a little bit of exercise but I remind you: the “Pause” is all about social distancing. It is all about protecting ourselves and our families and each other.

“We will be enforcing this, but with understanding for the challenges that people are facing, for how new this is.

“We’re not going to be draconian, we’re going to give people a chance to get used to this; but I guarantee you, we will enforce this new reality. And I think the vast majority of New Yorkers will understand this quickly and will act accordingly.

“It’s going to be, unfortunately, quite a while before that’s possible again.

“It’s not gone forever. It’s gone certainly for weeks. Probably for months. At some point we’ll be able to resume a more normal life.

‘Social Distancing’ Required in Playgrounds Too
“But for now, when you go to the park you’re going for your own exercise. (People who live under the same roof don’t have to worry about this, he made clear.)

“So you can go to the park, but only for a limited period of time, families can stay together, but don’t mix with other families, keep six feet apart, go get your exercise, and go home.

“If you go to the playground you need to keep your children away from children who are not part of your family. That’s your responsibility.

“We will always do our best with city enforcement but we can’t be everywhere, obviously. You have to take responsibility. You don’t feel you can do it? Don’t go to the playground.” 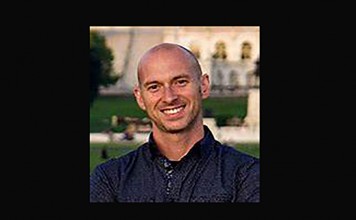 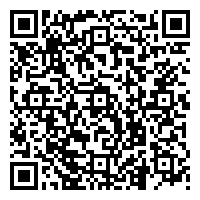