A young Israeli soldier, Amit Ben-Yigal, was stoned to death last week by Palestinian Arab terroristsk. The response of the American Jewish left was appalling. However, the response of the rest of the Jewish community wasn’t much better.


Every Arab terrorist murder of a Jew is an outrage. But a death by stoning has unique implications that should merit additional comment and introspection by Jews around the world.

Most Jews who are murdered by Arab terrorists are killed by gunshots or—as in the case of my daughter, Alisa—by bombs. Some terrorists use knives or axes. And some use rocks. By my count, Ben-Yigal was the 17th fatality caused by Palestinian Arab rock-throwers since the 1980s.

Arab rock-throwers are a big headache for those American Jews who want to create a Palestinian state. A very big headache. The argument for establishing a Palestinian state depends on convincing Israelis and their supporters that most Palestinian Arabs are moderate and peace-seeking—otherwise, no sane Israeli would consider setting up a sovereign state next door to a nine-miles-wide Israel.

And so every time an Arab mob tries to stone a Jew to death, they reinforce the impression that the Arab masses are neither moderate nor peaceful. They demonstrate that very large numbers of Palestinian Arabs are committed to maiming or murdering Jews with rocks.

So how does the American Jewish left deal with this reality? There are two ways. Some, like New York Times columnist Thomas Friedman, declare that rock-throwing is actually a form of “peaceful protest.” But most on the Jewish left realize that’s absurd. So, they deal with it differently—they ignore it, and hope nobody will notice.

On May 12, Ben-Yigal was one of a group of young Israeli soldiers chasing after terrorists in the Palestinian Authority-ruled town of Ya’bad. Since the P.A. refuses to arrest terrorists, Israeli troops have to go into certain P.A. areas, for a few hours at a time look for and catch them. During the Ya’bad operation, local Arabs stoned Ben-Yigal to death.

J Street responded with silence. Not even a one-sentence expression of condolence. Nothing. Same for Partners for Progressive Israel. Others were worse. Americans for Peace Now not only failed to issue a press release about Ben-Yigal, they chose for their “Quote of the Day” a statement by an extreme left-wing Israeli columnist justifying the killing.

“This is not murder,” the columnist Gideon Levy wrote in Haaretz. “If a rock-throwing terrorist is a murderer, then the fighter who shoots teenagers is also a murderer.” Get it? Cops and robbers both shoot guns, so they’re both criminals. The Allies and the Nazis both used bombs and tanks, so they were morally the same. If an Arab who murders a Jew is a terrorist, then a Jew who shoots back at the Arab is also a terrorist. It’s the ultimate in moral blindness—the inability to distinguish between right and wrong.

Meanwhile, the far-left magazine, Tikkun, circulated a statement by the Israeli radical group Gush Shalom that declared that Ben-Yigal “was sacrificed on the altar of occupation.” Keep in mind that Ya’bad is “occupied” by the P.A., not Israel. Gush Shalom’s press release did not even mention that Ben-Yigal was killed by Palestinian Arabs—because, of course, its goal (evidently seconded by Tikkun and its editor, Michael Lerner) is to blame the Jews when Arabs kill Jews.

But J Street, Peace Now and their comrades are not the only ones whose response to the murder of Ben-Yigal deserves to be faulted. A review of the websites of the right-of-center Jewish and Zionist groups leaves one more than a little disappointed. Two of the better known groups on the right spent last week issuing press releases calling each other liars and slanderers. Another group on the right found time to write about BDS activity in Spain, but no time for Amit Ben-Yigal.

The Conference of Presidents of Major American Jewish Organizations last week said nothing about Ben-Yigal, but it did angrily denounce the desecration of the Tomb of Esther and Mordechai in Iran. It takes zero political courage to complain about Iranian vandalism of a Jewish religious site. Everybody in the civilized world agrees that such vandalism is bad. We don’t need a gigantic, 53-member umbrella organization to tell us that Jewish religious sites should not be vandalized.

What we need from our Jewish and Zionist organizations, from left to right, is genuine sympathy for a terror victim; the courage to tell the truth about Palestinian Arab behavior, regardless of its political implications; and a willingness to speak out on an issue that is not going to make them popular or attract donations. All of that seems to have been in very short supply lately in the American Jewish community. 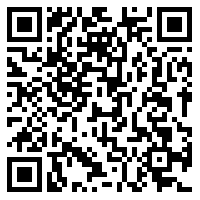