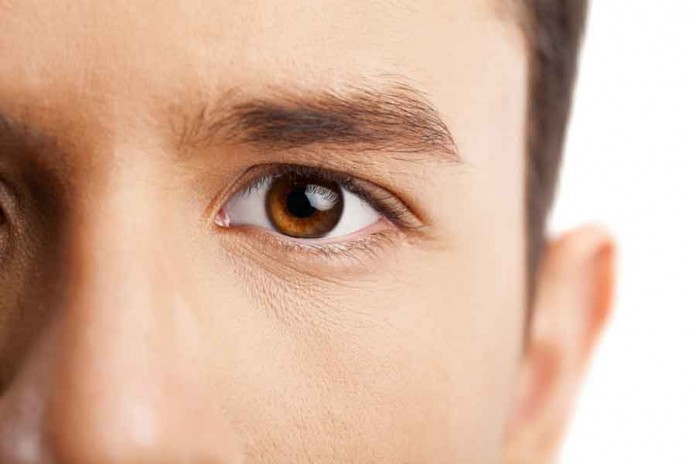 A common complaint patients have after a doctor’s visit is that the doctor spent too much time looking at the computer and not enough time looking at them. Patients need not only to be listened to but to be seen as well, and this kind of seeing transcends the physical act of the doctor’s eyes examining whatever body part is in the room to be examined. Years ago when we used paper charts and saw fewer patients per hour it was easy to put down your pen, look the patient in the eye, and just talk. Due to the ubiquity of electronic medical records, computers are now a grudgingly accepted interloper into the exam room. Maintaining appropriate and meaningful eye contact between doctor and patient is a delicate dance that needs to be carefully cultivated and nurtured.

The importance of eye contact is not limited to the doctor/patient encounter. In any relationship eye contact is a powerful form of nonverbal communication. A 2018 Psychology Today article asked the question “Is Social Media Making Us Ruder.” The answer was a resounding “yes,” citing that the lack of eye contact may be to blame. I’m not sure we actually needed a study to tell us this; obviously it’s difficult to have meaningful conversations when our heads are down and we’re playing with our phones. Children in particular who have been raised on a diet of technology are less skilled at maintaining eye contact, which can lead to the development of poor social skills.

Although technology is something modern society is unable to function without on a practical level, our unrelenting immersion in the online world has radically changed how we relate to our families, our friends, and even to ourselves. As I am typing this, it pains me to admit that I have nine other tabs open on Google Chrome. If I lose momentum as I’m writing and my words falter I have two options – either to sit quietly with my thoughts and wait for inspiration to flow, or toggle onto Facebook, Instagram, LinkedIn, or one of my three email accounts.

At this particular juncture I chose to go on LinkedIn and I read a sweet post that a friend put up about her new marriage. As I scroll down the page I see a snarky comment by someone who tells my friend that LinkedIn should not be used as a vanity site. A ridiculous online altercation ensues about the appropriateness of her post and two people end up blocking each other in the online version of a Mexican standoff.

Each time I see one of these heated online arguments I wonder if two complete strangers upon meeting each other in real life would ever engage in this kind of verbal dispute. I’d like to think that this is a rhetorical question. How many times have you been introduced to someone and picked a fight with them one second later? Assuming that both parties have normal social skills and neither one of you has pulled out a weapon, etiquette would dictate that when first meeting, at the very least some inane pleasantries would ensue and not an immediate bar brawl. The lack of eye contact and the ability to hide behind a screen hinders the normal flow of conversation and this warped version of communication is negatively impacting our social interactions.

In parshas Lech Lecha, embedded into the story of Avraham and Sarah going down to Mitzrayim there is a powerful lesson about the importance of appropriate eye contact. Shortly after Avraham and Sarah reached Canaan there was a famine that caused them to have to travel to Mitzrayim for food. As they got closer to Mitzrayim, Avraham turned to his wife and commented that at this particular point in time he recognized that she was a very beautiful woman. The famous question ensues: How is it possible that until now Avraham was not aware of his wife’s beauty?

Rav Reuven Feinstein in his sefer Nahar Shalom on Bereishis explains this in a unique way. He cites a Midrash Tanchuma that states that Avraham became aware of his wife’s beauty when he saw her reflection in a pool of water. This does not mean that he had never looked at his wife before, it means that he had never been mistakel upon her – he had never directly stared into her eyes. The reason for this is because Avraham possessed stellar middos, particularly the middah of baishanus which encompasses modesty, decorousness, and dignity. Staring at someone (note this specific word, not gazing, looking, peering, etc.) has an element of rudeness and is in effect a challenge. Rav Feinstein further comments that “many a fight has been started by one person taking offense because another person was staring at him.”

Clearly we see that there has to be some kind of happy medium between not making eye contact at all and outright staring at someone. Studies have shown that while speaking to someone you should look them in the eyes 50 percent of the time, and when listening to them, eye contact time should be roughly 70 percent. The ideal length of eye contact is between 3-5 seconds; more makes you appear aggressive and rude, and less makes you seem either timid or indifferent.

It says in Pirkei Avos (5:22) that there are three characteristics of the disciples of Avraham: having a good eye, a humble spirit, and a meek soul. Aside from the metaphorical concepts inherent in the term ayin tova, Avraham Avinu literally possessed a “good eye”; he had mastered the nuanced ability to look at Sarah in a way that was befitting a man of his moral stature. I am certain that we can extrapolate from the above sources that Avraham Avinu interacted with everyone he met with the same exquisite finesse.

In the past six weeks the Wall Street Journal has run two articles that discussed the phenomenon of increasing rudeness during the Covid pandemic. If you google this topic, three million hits pop up, linking to hundreds of articles on this subject. Businesses have been putting “Be Kind” signs up in their store windows and on their websites in response to persistent bad behavior from customers. Multiple theories have been posited in an attempt to understand why this is happening. Isolation, increased screen time, anxiety, and decreasing face-to-face interactions are amongst the most common reasons cited. Regardless of why this is happening, it appears that the top layer of civility has been slowly evaporating, leaving us with a society whose manners and mores are diametrically opposed to those of previous generations.

It would be simplistic and a cliche to totally blame our current society’s ills on excessive screen time, poor eye contact skills, and Covid stress. It is, however, time to reapply a veneer of respectability onto all of our social interactions. One of the pillars that is part of our world’s foundation is chesed, which scholars translate into English as loving-kindness. Our forefather Avraham was the personification of chesed, our role model in the realm of interpersonal relationships. Rabbi Jonnathan Sacks, a”h, called Avraham Avinu “the most influential person who ever lived,” and clearly Avraham was the true originator of the term “influencer” without owning a cell phone, an Instagram account, or a Facebook page.

In 2014 a filmmaker and spoken word artist named Gary Turk created a short film called “Look Up” about the negative effects of technology on our relationships and on society in general. In his short video he weaves together a spoken word poem with powerful imagery depicting the dystopian future that awaits us if we allow our phones and our devices to take over our lives.

The last paragraphs are particularly compelling:

I’m guilty too of being part of this machine,
This digital world, we are heard but not seen.
Where we type as we talk, and we read as we chat
Where we spend hours together without making eye contact.

So don’t give into a life where you follow the hype
Give people your love, don’t give them your ‘like’
Disconnect from the need to be heard and defined
Go out into the world, leave distractions behind.

Look up from your phone, shut down the display.
Stop watching this video. Live life the real way.