In his usual dynamic fashion, Charlie Harary in one of his lectures delivered a magical message that pinpointed the subtle and nuanced relationship we all have with God.

Harary mentioned the Rashi regarding Yosef HaTzaddik which brings down that when Yosef was sold to the Yishmaelim traveling to Mitzrayim, the wagon contained pleasant-smelling spices. Harary asked a powerful question: namely, how does this seeming bit of minutiae play into the greater narrative of a rage-driven sale by the brothers and ultimate unfolding of events in Egypt?


Before providing his answer, it’s worthwhile to investigate the nature of Pesach and what sets it apart from all the other Yomim Tovim, as well as how to understand miracles in general.

I would label Pesach the Yom Tov of the “individual,” and the other regalim as the “collective” Yomim Tovim. Pesach, in its essence and name, means that God individually skipped over our homes, saving our firstborn from death. In contrast, Sukkos saw a collective intervention with the clouds of glory, and Shavuos is all about a collective experience at Har Sinai.

No greater reason exists for the line in the Haggadah that declares: “In every generation we must view ourselves as if we left Egypt ourselves.” Right before we left, we experienced unparalleled individual attention.

There’s a famous Ramban at the end of Parshas Bo that really conveys the fundamental teaching on how to understand miracles. He says, in essence, that every natural occurrence is a (hidden) miracle and should be treated as such. It’s just that God showcased open miracles in our liberation from Mitzrayim and what followed thereafter in order to embed a piercing belief in our souls that opened the gates to a later appreciation of all miracles.

In his lecture, Harary added the final majestic layer of how to internalize our relationship with the Creator. Returning to the original question of the spices, he explained that God was sending a subliminal message to Yosef, who had just endured a lone battle against his mighty brothers. To that end God infused a pleasant smell in the wagon to let Yosef know in nuanced fashion that He was with him.

Many years ago I was looking for an apartment and finally found a reasonable deal. The rent was $900 a month, so with an extra month’s rent and security a total of $2,700 was required to secure the apartment. That $2,700 was a number that rang in my mind and I wondered how I would hit that amount. I vaguely remembered that I was due some salary and a bonus from my previous job, but wasn’t sure about the precise figure I was to receive. It turned out I got a check of just about $2,700. This was my “spice of life” incident.

There’s no doubt that every person experiences these “spice of life” moments on a continual basis. Such moments are symbolic of a nuanced and personal relationship with a personal God who is trying to constantly enrich our lives with subtlety and thoughtfulness and assure us that we are moving in the right direction. 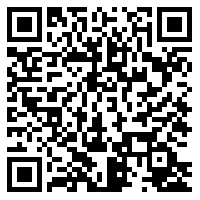