The redemption from Egypt occurred within the confines of one day, but the events which lead to the redemption occurred over the course of generations.

The Torah states, “And it was on this very day that all the legions of Hashem left Egypt,” (Shemot 12:41).

Pharaoh ordered Israel to leave and they eagerly departed Egypt. They sought to leave Egypt which was steeped in depravity and immorality. Unlike the prior months during the plagues when many Israelites had desired to remain in Egypt as their persecution ended, this time they departed and hastily.

However, just ten sentences later, the words seem to imply that Israel did not leave willingly. The Torah states, “And it happened on that very day: Hashem took the Children of Israel out of the land of Egypt in their legions.” (Exodus 12:51)

Did they leave or where they taken out?

Actually both scenarios occurred. On that day the Torah does not record any miracles on the day of the exodus, but without the many wonders performed which preceded the exodus, it would not have taken place. Hence, this time Israel departed from Egypt willingly but Hashem’s miracles had taken them out.

Then, after a prolonged existence in their land, the Judeans were exiled at the time of the destruction of the first Temple by the Babylonian empire. Prophets of Israel offered solace foretelling that the Jews will someday return. As waves of exiles were forced out, the thought of return must have seemed so distant. The prophet Jeremiah had reassured them, “And there is hope for your future. And your children shall return from their borders.” (31:17)These words echoed those of Hashem to Abraham, “To your descendants I have given this land.” (Genesis 15:18)

Babylon soon fell and Cyrus of Persia offered the Jews the opportunity to return to Judea. Some Jews returned and rebuilt the Temple, but once again, this time, six hundred years later in the year 70 CE, the Roman occupiers of Judea set the Temple aflame. Following the tragedy and carnage, the venerable Rabbi Akiva gazed upon the desolation of the Temple Mount and Jerusalem and envisioned the actualization the visions of the prophets for the future. His colleagues heard his words and replied, “Akiva, you have comforted us.”

When Rabbi Akiva was executed by the Romans following the Bar Kochba revolt (132-135 CE) for violating Roman rules which forbid publicly teaching the Torah, his last words reciting the Shema were etched upon the memory of the Jews for the next two thousand years.

At the time, the eventual return of the Jews seemed even more improbable as the land was laid waste and the Roman emperor Hadrian embarked upon a campaign to eliminate Judaism and Jewish practices. Judea had become barren, and a prolonged exile awaited the Jews.

After two millennia, while other empires and nations, many far larger than the Jews became archeological relics, vanquished by time, the Jews survived their many tribulations of exile; persecutions, expulsions, inquisitions, humiliations, wars, pogroms, holocausts, assimilation and so on. Many individual Jews were lost but the nation as a whole survived, since an everlasting covenant was forged between Hashem and the Jewish people. Through it all, they did not forget about returning to Zion.

And when the window of return opened in the late 19th/early 20th centuries, with the first waves of Aliyah, it was not accompanied by open miracles. However it did follow the miraculous survival of the Jews, which was the necessary prelude for the return to Zion.

In 1948, when Israel was declared an independent state, many of its six hundred thousand were survivors of the Nazi Holocaust. Others had fled persecution in Europe and other lands, over decades prior to World War Two. The new born state of less than 600,000 was a small fraction of the Jewish world which comprised 12,000,000. Over the next seventy years, the remnants of Israel over the past 2,000 year exile have arrived from Arab Lands, Eastern Europe, the former USSR, Ethiopia, Sephardic lands, Western Europe, Asia, and the Americas. Today, the demographics have seen dramatic transformations as over half of world Jewry resides within their homeland. Despite wars with neighboring countries, the scourge of terrorism, the damage of economic boycotts, and isolation by its detractors, Israel continues to thrive, and beat the odds. It is the realization of the visions foretold long ago.

Like the time of the exodus from Egypt, they left out of a sense of destiny, and were also taken out by Hashem as the survivors of a very difficult, challenging and prolonged exile, guided by Divine intervention and the promise to Abraham, echoed by the prophets. That too is miraculous. 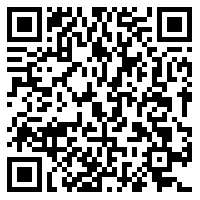