The “Squad” is a small group of radical members of the U.S. House of Representatives who run for Congress under the banner of the Democratic Party but do not reflect its mainstream policies. They represent niche districts that are not typical of the Democratic base. They could not be elected in any statewide race, because they lack widespread support. They were nominated because of low turnout in primaries and were elected because their districts are overwhelmingly Democrat. They are fringe Democrats who should not have influence beyond their districts. But the House leadership of the Democratic Party has exaggerated their significance and given them more power than they deserve.

One important issue that distinguishes them from mainstream Democrats is their knee-jerk hatred of Israel and their willingness to deny America’s most important Middle East ally the means to defend its civilians against rocket attacks from terrorist organizations such as Hamas and Hezbollah, as well as from Iran’s nuclear program. At least one member of the Squad is an overt anti-Semite who has repeatedly made bigoted statements against American Jews. Instead of being marginalized for these outrageous canards, she was rewarded by the Democratic leadership by being given a plum assignment as a member the House Foreign Affairs Committee.

Now the Squad has managed to extort the leadership into removing a billion-dollar commitment to replenish Israel’s Iron Dome defense system that protects civilians from rocket attacks. The Squad, and its Democrat allies in the House, threatened to vote against an appropriation bill unless the Iron Dome allocation was removed. And they won — at least for now. The allocation was removed over the objection of mainstream Democrats and Republicans, and the Squad claimed victory.

Although the victory was largely pyrrhic — the Iron Dome funding is likely to be restored in subsequent legislation — the success of the Squad’s sordid maneuver may be a sign of their growing influence in the Democratic Party.

The fact that the Squad picked on the Iron Dome to make its stand against Israel is significant. The Iron Dome is a system developed jointly by the United States and Israel that is purely defensive. It does not kill, injure, or threaten anyone. It only protects civilians against war crimes committed by terrorist groups that direct lethal rockets against innocent civilians. The fact that the Squad would try to deny Israel the right to defend its civilians speaks volumes about the lack of morality and decency among Squad members and their allies. It follows from this effort that the Squad will oppose any and all aid to Israel, including protecting its innocent civilians against Iran’s nuclear threat. The obvious goal of Squad members is to deny Israel the right to defend itself against aggression. At least one of its members has denied that Israel has the right to exist.

These bigoted actions directly violate the platform of the Democratic Party (as well as that of the Republican Party). The Democratic Party must decide whether it will become captive to its most extreme wing or whether it will marginalize these radicals who are not only anti-Israel but, in many ways, anti-American. They are intolerant of dissent and due process for those who disagree with them. They are anti-police, anti-military, and anti-free market economy. Their vision of America and the world is out of sync with most Democrats and independents. Up until recently, they could be largely ignored by voters as a loud but ineffective distraction. But now that they have managed to influence legislation in so negative a manner, they must be taken seriously by voters and rejected.

Quite understandably, Republican leaders are trying to capitalize on the Democrats’ capitulation to these extremists. They are claiming that they represent the future of the Democratic Party. If that were true, it would mark the demise of the two-party system, since mainstream American voters — who generally determine the outcome of contested general elections, as distinguished from primaries — do not support radical extremism. The Democratic leadership must make it clear that they reject the policies, attitudes and statements of the squad. They cannot get in bed with them. The time has come, indeed it is long past, for the Democratic leadership to stand strong against the anti-American, anti-Israel and anti-decency squalid Squad. The leadership can no longer stand idly by the bigotry of their members. If they persist in tolerating the intolerable, they will lose the support of the all-important mainstream voters. I know because I am one of them. 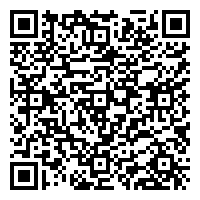