The question of the construction of two new Jewish neighborhoods in Jerusalem – Givat Hamatos, in the south of the city, and Atarot, in the north – both beyond the Green Line in “east Jerusalem” – is now on the table as part of contacts with the new administration in Washington, D.C., and as part of internal Israeli political jockeying, ahead of the 24th Knesset elections.


In south Jerusalem, not far from the Talpiot industrial zone and the Beit Safafa neighborhood, the Israel Land Authority recently awarded tenders to contractors to build the first 1,200 housing units in the area of Givat Hamatos.

For many years, the land was a caravan site for Ethiopian immigrants and the homeless. On the eve of the 23rd Knesset elections in March 2020, Netanyahu announced his intention to implement construction plans there. These plans were approved in planning committees as early as 2014. Last November, despite a demonstration organized by the European Union, tenders for construction on Givat Hamatos were published. Israel had already made it clear that, unlike in the past, it did not intend to retract the publication of the tender, although it was known that the publication would take place a week before Biden’s presidential inauguration.

After the tenders’ results were published, some 12 hours before President Biden’s swearing-in, Israel started receiving diplomatic messages of disapproval from Germany and sources in the Biden administration regarding the construction on Givat Hamatos.  But political officials in Jerusalem stated that “there is no going back” on the decision. The housing project, where construction had been delayed for seven years due to political pressure, will proceed.

Construction for Arabs, Too

The Israeli officials note that the publication of the tenders for construction on Givat Hamatos had been cleared with the Trump administration in the last quarter of 2020. Without that coordination, Israel would not have published them.  About 2,610 housing units are planned for the Jewish population in the neighborhood. More than 700 housing units are also designed on the edge of the project for Arab residents adjacent to Beit Safafa, as part of “thickening” the existing residential area, privately owned by Arabs.

Atarot, the Site of Jerusalem’s Airport

The situation is different when it comes to the establishment of the Atarot neighborhood in north Jerusalem, within the “northern finger” of the city, which is part of the territory to which Israeli sovereignty was applied after the 1967 war and Jerusalem was expanded. The Ministry of Housing plans for some 9,000 housing units in the Atarot project – 8,000 of them for Jews and 1,000 for Arabs. The land in Atarot is Jewish-owned, and until about 20 years ago, the British-built Jerusalem airport operated there. The airport was shuttered as a result of Palestinian gunfire during the second intifada. Until 1948, a small Jewish settlement was located in the location. It was captured at the end of a heroic battle of the “few against the many” during the War of Independence.

Construction was also delayed in Atarot because of political pressure from various U.S. administrations and countries in the European Union. The construction plan there was prepared over 20 years ago, and in recent years, it has undergone several updates and has been submitted to district planning and construction commissions in the Jerusalem area. In the meantime, the district offices refrain from advancing the program and leave it open for public objections – under the political instructions from the Prime Minister’s Office.

Atarot and Trump’s “Plan of the Century”

Last January, the Atarot issue became even more complicated, following the release of President Trump’s “Plan of the Century.” While the plan left Atarot under Israeli sovereignty, it proposed Atarot becoming a Palestinian tourist area for “Muslim tourism to Jerusalem and its holy sites.” Against the backdrop of political pressure from Israel’s political Right to build a Jewish neighborhood in Atarot, the Prime Minister ordered his staff to locate an alternative area for the “Palestinian tourist area,” near Atarot, and to ensure that the construction plans for Jews in Atarot and the Palestinian tourist area did not “conflict.”

Such an area was located, marked on a map, and passed to the previous administration in Washington for review. During outgoing-Secretary of State Pompeo’s recent visit to Israel, Netanyahu specifically asked the Americans for permission to promote the establishment of the Jewish neighborhood of Atarot, but the outgoing administration refused.

Today, with Israeli elections looming, the issue has been resurrected in the political horse-trading to strengthen the “Right-wing bloc.” The Prime Minister’s associates have urged two religious-Zionist fringe parties to merge to improve their chances of reaching the minimum percentage to secure entry into the Knesset. If they run together, Netanyahu will promote the Atarot program.

The latest news regarding Atarot as a political tool to secure a political deal with the ideological Right and the prime minister’s involvement in the matter is incompatible – as far as is known – with the new government in Washington.  From the Prime Minister’s point of view, he is not taking too much of a risk since the interim steps of the Atarot program are at the “listening to objections” stage. This stage is expected to continue for at least a year, then the plan must be granted validity, published in the registers, and take tenders for construction in the new neighborhood. According to estimates, the minimum period for such a process is three years, and in each stage of the process, as seen in the past, there is the possibility of political or technical planning delays.

The Boundaries of Jerusalem Will Be Determined

The two plans of Givat Hamatos and Atarot are defined as strategic plans, which will have a meaningful impact on the future borders of Jerusalem:

From the Israeli perspective, the construction of Givat Hamatos is one of the keys to preventing the division of Jerusalem from the south and blocking a Palestinian wedge that will thwart the contiguity between the Gilo and Har Homa neighborhoods on Jerusalem’s southern border. From the Palestinian perspective, freezing construction in the area is key to preserving the possibility of urban connection, and in the future, it would create a political association between PA-controlled Bethlehem and Israeli-controlled Beit Safafa. In the Palestinians’ view, such contiguity would form part of the Palestinian urban fabric that would make up the territories of East Jerusalem, the “capital of the future Palestinian,” and enable their plans for the division of Jerusalem to be implemented, plans that Israel is known to reject.

Atarot is also a neighborhood of critical importance to the borders of the Israeli capital. The neighborhood’s establishment will almost certainly decide whether Jerusalem’s “northern finger” will remain part of the fabric of Israeli-Jewish settlement in Jerusalem, or will the Palestinians take control of it and even cut off sovereignty from Jerusalem, as they declaratively aspire, in favor of their dream for a Palestinian state. 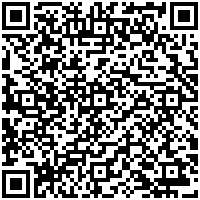