Within the Jewish tradition, there have been many attempts to reconcile the Torah’s account of creation with scientific and philosophic conceptions. Such an approach is misconceived because the Torah is not a scientific, philosophic, or historical document. The Torah is a religious document intended to give, in the main, moral and spiritual guidance how to live.

Concerning the opinions of modern, academic research, the majority of which contradict the plain meaning of the Torah, my opinion in this matter is that…even though there is no necessary truth reflected in such research, in any case we are not obligated at all to deny such research and to oppose it because it is not the essence of the Torah at all to tell us simple facts and events that occurred.  The essence is the internal, the internal explanations of the matters.

Rabbi Kook, a 20th-century Jewish mystic, is arguing here that only on a superficial level does the Torah record stories and events. The essence of the Torah, for Rabbi Kook, is what he calls “the internal” – by which he means its deeper moral, spiritual, and mystical teachings.

The Biblical account of creation, in my eyes, teaches us several fundamental ideas from a moral and spiritual point of view.

1) The world is orderly. The Torah’s account of creation must be understood in comparison with the ancient Babylonian account, the “Enumah Elish,” which is characterized by violence and bloodshed. The world in this account is created out of the carcass of a god following a war among the gods.

By contrast, the Biblical account is moral, non-violent, orderly, and rational (progressing from inanimate to vegetation to animal life to man). Rational order is imposed upon primordial chaos.

2) Man is created in the image of God and distinct from all other animals. He therefore must act morally, in a way that’s worthy of his distinguished status. He cannot act like an animal.

Since man was created in God’s image, every human being is ultimately of equal worth and every human life is sacred. In ancient Sparta, deformed children were put on a hillside to die. Such a practice is inconceivable in the Biblical conception because every human being, regardless of his or her abilities, is inherently worthy from an intrinsic and spiritual point of view, having been created in the image of God.

3) The material world is good. The phrase “And God saw that it was good” is repeated numerous times. The Torah’s account of creation is characterized by optimism. This view is in contradistinction to the notion that the material world is sinful and one ought to ideally to live the life of a monk – one of asceticism and denial marked by “celibacy, chastity and poverty.”

In the Biblical account of creation, the entire universe is good, and nothing is viewed as sinful in and of itself. We can use things for good or sinful purposes, but nothing in the world is inherently sinful.

4) Most importantly, the world can be repaired. After God creates the universe, God says “behold, it is very good” (Genesis 1:31). Strikingly, God does not proclaim the world perfect or even excellent, merely very good – meaning less than perfect, or imperfect in need of repair.

Man is the only being with the creative power to take what is God-given (such as wheat) and transform it into something better (such as bread). The concept of repair implies a moral obligation not only to overcome hatred, injustice, violence, and cruelty in the world but to use scientific knowledge and technology to improve the quality of human life.

After God creates the entire universe, the Torah says, “He ceased from all His work which God created to do” (Genesis 2:3). God created a world that is imperfect and in need of repair. It is man’s obligation to improve the world. 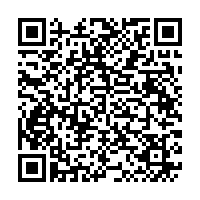