The chief prosecutor of the International Criminal Court at The Hague, Fatou Bensouda, on Wednesday issued a warning to Israel almost immediately after IAF fighter pilots began retaliatory air strikes in Gaza in response to three rocket attacks fired at Israel earlier in the day.

She began with an open threat to Israel over the imminent evacuation of the illegally-built Bedouin village Khan al-Ahmar, whose residents have been offered a properly-prepared site with full infrastructure a short distance away.

The site is located in Area C, which under the Oslo Accords is legally administered and secured by the State of Israel until a permanent settlement is reached with the Palestinian Authority.

All appeals against the demolition were exhausted in the High Court in a manner similar to those earlier in the year with the Jewish communities of Amona and Netiv Ha’Avot, which were also demolished, amid much anguish, protest and rage.

“I am … alarmed by the continued violence, perpetrated by actors on both sides, at the Gaza border with Israel,” she wrote.

“As Prosecutor seized of the situation in Palestine, I therefore feel compelled to remind all parties that the situation remains under preliminary examination by my Office.

“I continue to keep a close eye on the developments on the ground and will not hesitate to take any appropriate action, within the confines of the independent and impartial exercise of my mandate under the Rome Statute, with full respect for the principle of complementarity,” she added.

One of the attacks was a powerful Gaza missile attack on the Negev city of Be’er Sheva at around 3:30 am.

The second attack was a similar, but failed, attempt to attack Tel Aviv, with the missile flying wide. It landed in the Mediterranean.

A third – and so far, final – rocket was fired at southern Israel a few short hours later.

In Be’er Sheva the missile landed at a home, destroying it completely, with a terrified mother and her three children inside. Miraculously they emerged from the home’s bomb shelter physically unscathed, although in severe shock and bereft of everything they ever owned, courtesy of Gaza.

In addition, the house next door sustained shrapnel damage, and its balcony collapsed from the impact of the rocket explosion. Three other people were also taken to nearby Soroka Medical Center to be treated for shock. 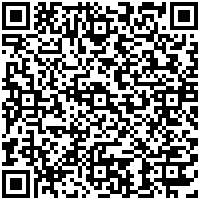