The “Peace to Prosperity” document, published by the White House on January 28, 2020, contains a suggestion for an area it calls the “Triangle Communities”:

The Triangle Communities consist of Kafr Qara, Ar’ara, Baqa al-Gharbiyye, Umm al Fahm, Qalansawe, Tayibe, Kafr Qasim, Tira, Kafr Bara and Aquila. These communities, which largely self-identify as Palestinian, were originally designated to fall under Jordanian control during the negotiations of the Armistice Line of 1949, but ultimately were retained by Israel for military reasons that have since been mitigated. The Vision contemplates the possibility, subject to agreement of the parties, that the borders of Israel will be redrawn such that the Triangle Communities become part of the State of Palestine. In this agreement, the civil rights of the residents of the Triangle Communities would be subject to the applicable laws and judicial rulings of the relevant authorities.

Not surprisingly, this “vision” drew harsh criticism—not only from Israeli Arabs, but also from Israeli Jews. The proposition smacks of an attempt at “transfer”; i.e., an attempt to “get rid of” a substantial number of Arabs who hold Israeli citizenship.

Much of the Arab-Israeli community identifies as Palestinian, but only a marginal percentage of that community actively supports the Palestinian struggle in contrast to the fiery rhetoric of their Knesset representatives.

Whether or not the American suggestion is a welcome one to the Israeli Arabs who live in the “Triangle”, it is based on a faulty reading of history.

As soon as the armistice agreement with Egypt was signed on January 12, 1949, arrangements were made to start negotiations between Israel and Transjordan. The process was to be simple: each country was to send a delegation to Rhodes, where the negotiations were to take place under the guidance of Ralph Bunche. On March 1, while the Foreign Ministry and the IDF were in the process of negotiation, Lieut. Col. Moshe Dayan and Reuven Shiloah, one of FM Moshe Sharett’s most experienced and closest advisers, were sent to Rhodes.

A few days after the start of negotiations with Transjordan, Israeli PM David Ben-Gurion received a personal message from King Abdullah saying he wished to negotiate the terms of the armistice with Israel in secret and in person. He hinted that he could not fully trust his delegation at Rhodes to negotiate as he wanted them to.

The King asked the Israeli government to send representatives to him at Shuneh, his winter palace, not far from the eastern shore of the Dead Sea. He insisted on absolute secrecy from the press, the public, the other Arab states, and his own delegates at Rhodes. It was agreed that the talks at Rhodes should continue as a façade.

Ben-Gurion instructed Gen. Yigael Yadin (then Chief of Operations at IDF GHQ) and Walter Eytan, DG of the Ministry of Foreign Affairs, to meet with the King and reach an agreement with him directly. Both had been involved in negotiating the armistice with the Egyptians at Rhodes. (Joining them was a young officer, Yehoshafat Harkabi, who served as interpreter.)

In the course of the fighting between May and July 1948, the Arab Legion had cut off the Wadi Ara road—the direct link between Tel Aviv and the Galilee—and entrenched itself firmly in the hills above it to the northwest.

The Israeli delegation had instructions to do all it possibly could to have the Arab Legion retreat to the southeast of this road and leave it in Israeli hands. As it stood, the Legion had the IDF by the throat in that region, forcing traffic to move down longer and more roundabout routes.

The Israeli government was prepared to pay for the recovery of Wadi Ara, and the assumption was that the price would be high. Surprisingly, the King agreed without hesitation to withdraw his troops several miles to the southeast.

Walter Eytan discussed that remarkable development in his diary:

At the time I was amazed that he yielded so readily on a point of such importance for us, when he must have realized that he could demand a high price in return, but as the conversations with him went on, I began to understand (or to believe that I understood) his approach. In the whole of the Wadi Ara area there was not a single major Arab [town] or even village. There were perhaps six or eight villages, of which the largest was Umm-el-Fahm, and others called Ara, Arara and similar names quite unknown in the outside world…When we returned to Jerusalem and reported to Mr. Ben-Gurion and Mr. Sharett, they could hardly believe their ears.

To the King, who was keen to reach an agreement with Israel, the road his Legion had cut led from nowhere to nowhere. In his view, he was not really losing anything by conceding it, and it could be worthwhile to make a gesture toward Israel.

It was an entirely different story, however, when the two sides came to discuss the fate of three Arab towns, Qalqilya, Tulkarem, and Beit Guvrin, the names of which were well known in the Arab world.

The ceasefire had left the first two in the hands of the Arab Legion and the third in Israel’s hands. While the Israelis were anxious to secure possession of Tulkarem and Qalqilya, the King was equally anxious to claim Beit Guvrin.

The Israeli argument for taking Tulkarem and Qalqilya was twofold. The towns were in the Legion’s hands, but IDF troops held their immediate outskirts—including their railroad stations, which were not in the center of the towns but at their western limits. The stations, which were on Israel’s main railroad line from Jerusalem and Tel Aviv to Haifa, were perilously located within just a few yards of Arab Legion posts.

The second argument was that the two towns’ cultivated fields lay on the Israeli side of the line,  between the towns themselves and the sea. Under the armistice, no one, military or civilian, was allowed to cross the lines in either direction. Doing so would bring about clashes with Israeli troops and endanger the armistice and relations between the two countries.

The King saw these points and did not dispute their validity, but he remained adamant. He had a fundamental reason for not withdrawing the Arab Legion from the two towns. Eytan remembered his explaining that “he could not allow it to be said throughout the Arab world that he, an Arab King, had delivered Tulkarem and Qalqilya into the hands of the Jews.” So Tulkarem and Qalqilya remained on the Transjordan side of the line and Beit Guvrin on the Israel side.

When the time came to draw the map of the armistice lines, the King called in a British officer, Lieut.-Col. Coade, who completed this task together with Yadin. (Eytan recounted that the thickness of the blue pencil they used to draw the lines, even on a large map, created problems later on.)

The completed document was signed by both parties and forwarded to the delegations at Rhodes, who incorporated it into the official armistice agreement they were supposed to have been negotiating.

The agreement was signed on April 3, 1949. Immediately thereafter, King Abdullah annexed the West Bank and changed the name of his country from Transjordan to Jordan.

One wonders whether the history of the so-called “Triangle” was examined while the principles of the “Deal of the Century” were being drawn up. The document claims that ”these communities, which largely self-identify as Palestinian, were originally designated to fall under Jordanian control during the negotiations of the Armistice Line of 1949, but ultimately were retained by Israel for military reasons that have since been mitigated.”

In fact, the armistice lines with Jordan were the outcome of intensive bargaining with King Abdullah that led to a territorial “deal” as a compromise. That deal left Tulkarem and Qalqilya in Arab hands and the “Triangle” in Israeli hands.

The passage of time and demographic considerations might have confused the Americans somewhat, though the Deal of the Century is not in any case set in stone. According to Jared Kushner, the plan is a pragmatic framework and is subject to modification. 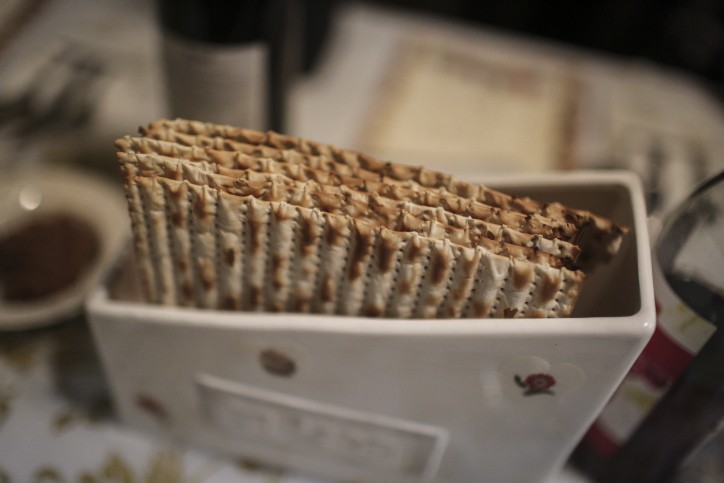