Eleven Israeli passengers from the Diamond Princess who were quarantined on the cruise ship finally were able to leave the vessel Thursday and headed home on a direct 12-hour flight from Tokyo to Tel Aviv.

The Health Ministry ordered the aircraft to make a stop in the Georgian capital of Tbilisi, for refueling so it could take off right after landing Friday morning in Israel, medical flights company MedAssis announced Thursday.

Upon leaving the aircraft the passengers were to be transported directly to Sheba Medical Center at Tel Hashomer in Ramat Gan, according to Magen David Adom.

Four Israelis were left behind; they became ill with the COVID-19 coronavirus and were forced to remain in Japan at a hospital in Tokyo to receive treatment for the deadly virus under the supervision by Professor Ran Nir-Paz, an infectious disease specialist from Jerusalem’s Hadassah Medical Center. Nir-Paz is remaining with the Israeli patients to monitor their care, Israel’s Health Ministry said. Israel’s Consul in Japan, Revital Ben-Naim, told Ynet the four remaining Israelis, all of whom are pensioners, are “feeling well.”

The Israelis have spent the past two weeks on a cruise liner that has become the biggest epicenter of COVID-19 cases outside of China, with more than 540 people currently infected, out of more than 3,700 passengers and crew members who were aboard the vessel docked in Yokohama port, near Tokyo.

“Magen David Adom (MDA) crews are ready to receive and evacuate the 11 Israeli travelers who were staying in isolation on the cruise ship off the coast of Japan, which is expected to land at Ben Gurion Airport tonight,” MDA spokesperson Zaki Heller said Thursday night.

The evacuation vehicles were scheduled to arrive around midnight at MDA’s National control center in Kiryat Ono for a staff briefing before they set off to Ben Gurion International Airport, Heller said. 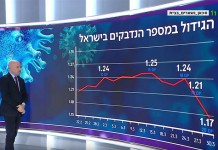 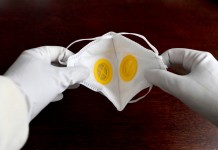 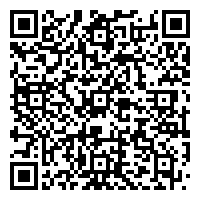