The close relationship between President Trump and PM Benjamin Netanyahu has steadily intensified ever since December 6, 2019, when Trump became the first US president to honor a pledge made by nearly every other presidential nominee: to move the US embassy from Tel Aviv to Jerusalem. Netanyahu, in turn, personally dedicated the groundbreaking for a new community in the Golan Heights, to be called “Trump Heights”.


Trump has long admired Netanyahu’s swagger and oratorical skills, his insistence on projecting himself as a great historical actor, and his willingness to challenge Barack Obama.

Trump’s affinity for Netanyahu is also probably enhanced by the PM’s relationship with Trump’s son-in-law Jared Kushner, which goes way back. Kushner’s father appeared alongside Sheldon Adelson and Ron Lauder on a list of potential donors Netanyahu compiled in 2007. On a trip Netanyahu took to the US before he became PM, he stayed as a guest at the Kushner home, sleeping in Jared’s bed while Jared, a teenager at the time, bunked in the basement. Netanyahu visited Jared’s father Charles at his office and played soccer at one of the Jewish day schools bearing the Kushner family name with Joshua Kushner, Jared’s younger brother.

Jared Kushner is now married to Trump’s daughter Ivanka, whom some consider the most powerful Jewish woman in America today. Ivanka has long had an extraordinary influence on her father and has now settled in as an unpaid adviser to the president. Trump openly supported Ivanka’s conversion to Judaism, a rigorous process that was an essential touchstone in her life. During a speech during one of her pregnancies, he said Ivanka was “about to have a beautiful Jewish baby.”

Netanyahu believed, with reason, that Barack Obama had “no special feeling” for Israel. He also believed Obama’s attempt to strike a balance between Saudi Arabia and Iran in the Middle East was naïve, and that it underestimated the extent of Tehran’s malign intentions throughout the region. Obama felt the nuclear agreement would limit Iran’s power, but it instead put Western weakness on display and only fueled Iranian expansionism. Moreover, at the very end of his presidency, Obama stabbed Israel in the back. He refused to veto UN Security Council Resolution 2334, a measure ostensibly about Israeli settlement policy but intended to tip the political balance in the Palestinians’ favor. The resolution’s adoption was not pretty, but it was sadly predictable.

Time and again, Obama showed anti-Israeli reflexes. He seemed to delight in applying pressure to Jerusalem even as he overlooked or downplayed the malevolence of its enemies. He directed antipathy toward not only one of America’s most loyal allies but a nation that is among history’s most estimable and admirable. In a sea of tyranny, Israel is democratic, pluralistic, self-critical, and respectful of individual rights, human rights, and minority rights.

Because Trump and his closest advisers shared Netanyahu’s antipathy toward Obama, the PM was confident that Trump would look out for Israel’s interests and share his opposition to Obama’s policies in the region. Sure enough, Trump embraced Netanyahu’s proposal of forming a coalition with Saudi Arabia and the UAE to combat Iran, which had long supported Hezbollah in Lebanon and Hamas in Gaza and had taken advantage of the American folly in Iraq and the war in Syria to advance its drive for regional hegemony.

Muhammad bin Zayed, Crown Prince of Abu Dhabi, and Muhammad bin Salman (MBS), Crown Prince of Saudi Arabia, believed the Gulf states and Israel shared a common enemy: Iran. In May 2017, Trump and his team met with Arab leaders in Riyadh, and Kushner and MBS agreed on the outlines of a Middle East strategic alliance. Israel would remain a “silent partner”, at least for now. The US committed to taking a harder line on Iran, and the Gulf Arabs promised to help get the Palestinians to go along with the new program.

In May 2009, Netanyahu tried to get Obama and his team to assist in easing Israel’s isolation in the region. He asked Secretary of State Hillary Clinton to convince Gulf leaders to meet with him publicly to demonstrate a normalization of relations to the peoples of the Middle East. Saudi King Abdullah bin Abdulaziz refused to meet an Israeli leader, and American officials were skeptical for years of Israel’s claims that it was possible for it to expand ties with the Gulf States.

To achieve harmony and actually solve the Israeli-Palestinian conflict, Trump, with Kushner, unveiled a $50 billion Palestinian investment and infrastructure proposal dubbed the “Deal of the Century.” The plan is designed to create at least a million new jobs for Palestinians. It proposes projects worth $27.5 billion in the West Bank and Gaza and $9.1 billion, $7.4 billion, and $6.3 billion for Palestinians in Egypt, Jordan, and Lebanon, respectively. The projects envisioned are in the healthcare, education, power, water, high-tech, tourism, and agriculture sectors. (Needless to say, the Palestinian leadership rejected the plan before even seeing it.)

One of the most significant differences between the Obama and Trump administrations is their approach to, and understanding of, the Palestinian question. Obama felt the best approach was to beat up on Israel and give the Palestinians everything. Trump, by contrast, wants the Palestinians to understand that their stock is declining. The goal is to get the Palestinian leadership to accept more realistic proposals.

Obama’s and Trump’s styles in all matters of diplomacy and decorum could not be more different. Obama once described the guiding principle of his foreign policy as “Do not do stupid shit.” Trump appears to take pride in throwing his international (and domestic) rivals off guard with erratic behavior and off-the-cuff rhetoric (North Korea, Iran, the Middle East, Europe, Mexico).

Almost immediately after being sworn in, one of Obama’s first moves was to call Palestinian Authority president Mahmoud Abbas. Trump waited nearly two months after his inauguration to make that call. Trump has made a concerted effort to increase pressure on Abbas to make peace, including freezing US financial support for UNRWA.

In 2012, the Obama administration denied a US entry visa to a right-wing member of the Knesset, Michael Ben Ari, for allegedly having ties to a terrorist group. The relationship between Netanyahu and Obama deteriorated to the point that Netanyahu decided to accept a 2015 invitation from GOP leaders to criticize the president’s nuclear deal with Iran before a joint session of Congress. Trump subsequently scrapped the deal.

Netanyahu’s relationship with Democrats continues to be strained. The current field of Democratic presidential candidates is being pressured to skip the American Israel Public Affairs Committee (AIPAC) conference this year because of the organization’s (supposed) support for Netanyahu. Massachusetts senator Elizabeth Warren has announced that she will not address the conference, and Vermont Sen. Bernie Sanders has been unequivocal in his criticism of Netanyahu’s government.

{Dr. Frank Musmar is a financial and performance management specialist} 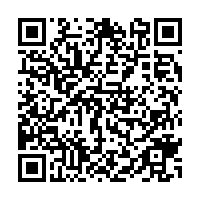