Major wars tend to produce clear and visible strategic turning points. But less dramatic events often generate no lesser shifts, albeit in a subtler and less detectable fashion. Such were the two major turning points in Israel’s security situation that took place in 2018.


The first relates to the growing threat to the northern front posed by the Iran-Syria-Hezbollah axis. The recovery of the Assad regime and the reassertion of its control over most of the country has brought the Syrian army back to the Golan Heights, where it was joined by Iranian and Hezbollah forces, as well as by Tehran-backed Shiite militias. The situation was further complicated by the Russian military presence in Syria and the constraints it imposed on Israel’s operational freedom, especially after the September 2018 downing of the Russian plane (by Syrian air defense forces).

The second turning point was the Hamas-initiated months-long confrontation along the Gaza-Israel border, in which the Islamist terror group reverted to calculated and well-executed brinksmanship tactics (including massive missile attacks on Israel’s population centers) that tested the continued relevance of Israel’s military superiority vis-à-vis the organization.

These turning points challenge the underlying assumptions of Israeli security thinking over past decades. Since the conclusion of the Egyptian-Israeli peace treaty in 1979, the IDF has been geared towards a decisive victory on the northern front on the assumption that existing geopolitical circumstances would enable the concentration of effort in that direction. The Oslo process was similarly based on the belief that threats from the prospective Palestinian entity in the West Bank and Gaza would remain highly limited, enabling the IDF to continue focusing on the northern front.

It is here that the main significance of the recent Gaza events lies. For while the security threat that has evolved in the Strip is still secondary to that of the northern front, it has nevertheless cracked the Israeli conception regarding the use of force. Thus, for example, Hamas exploited Israel’s overwhelming preoccupation with the northern front to escalate the situation to the brink of war while keenly recognizing the constraints that would prevent an Israeli decision in favor of a large-scale operation. In doing so, Hamas successfully changed the strategic equation with Israel in its favor.

This (temporary?) strategic shift becomes all the more relevant given the dogged insistence of most former members of Israel’s military and security establishment on the need for complete IDF withdrawal from the West Bank as part of an Israeli-Palestinian peace agreement. In their view, the very act of separating Israelis from Palestinians and setting an internationally recognized border between them will bring about peace and stability. In the improbable situation in which the nascent Palestinian state will prove to be a security threat to Israel, they reason, the IDF will readily bring its overwhelming superiority to bear and remove this security threat within days.

This assumption couldn’t be further from the truth. Since the onset of the Oslo process in 1993, the balance of power between Israel and the Palestinians has substantially changed in the latter’s favor, as starkly demonstrated by Hamas’s above noted successes. No less important, the nature of warfare has undergone substantial changes in recent decades, notably the relocation of the fighting to the civilian urban space with the active participation of the local population, which makes conventional military operations far more difficult and complex. The operational difficulties faced by the Western armies in Afghanistan, Iraq, and Syria, especially in densely populated, built-up areas, illustrate the callousness of ignoring the potential security-strategic threats attending total West Bank withdrawal. If it took the US-led coalition forces nine months of fighting to clear Mosul of ISIS forces, how realistic is it to expect the IDF to capture a heavily militarized Palestinian state in the West Bank and Gaza within days?

It is mindboggling how proponents of West Bank withdrawal so cavalierly ignore the likely threats attending this move. So strong is their fixation on the necessity of withdrawal to the pre-June 1967 lines that it has made them totally oblivious to realities on the ground.

Last summer’s events in the Gaza Strip should cast serious doubt on the feasibility of complete Israeli withdrawal from the West Bank, if only because the proximity of this area to Israel’s main population centers and economic/strategic assets ensures its transformation into the main combat zone should it undergo a militarization process similar to that experienced by Gaza and Lebanon. The question is whether the IDF has an effective response to the advent of parallel major threats on several fronts. 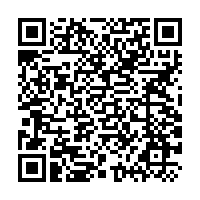