A corruption scandal involving sexual misconduct, nepotism, retaliation against whistleblowers and lots of business-class travel has gripped the United Nations Relief and Works Agency for Palestine Refugees in the Near East. It represents a new low for Unrwa and an indictment of the idea of an international agency dedicated to a single interest. But it’s also a unique opportunity to see behind the curtain of a billion-dollar U.N. bureaucracy and phase it out.


The allegations come from a leaked Unrwa ethics report completed in December 2018 exposed last week by Al Jazeera and Agence France-Presse. The published account accuses Commissioner-General Pierre Krähenbühl of appointing Maria Mohammedi, with whom he had a relationship “beyond the professional,” to a newly created and fast-tracked role as senior adviser and flying her around the world in business class. The U.N. says it’s still investigating.

According to the report, Ms. Mohammedi’s new job allowed her to join Mr. Krähenbühl onhis busy and expensive travel schedule. Current and former Unrwa officials describe him as perpetually absent from Jerusalem, a submarine who “surfaces for a couple of days” of public meetings then “disappears into the unknown for protracted periods.” Unrwa, which complains it’s strapped for cash, would have footed the bill for all of it.

The commissioner-general’s travel, the report explains, left chief of staff Hakam Shahwan in control of Unrwa’s operations in Jerusalem. Unfortunately, Mr. Shahwan himself stands accused of bullying staff, acting like a “thug,” bypassing procedures for procurement and other financial decisions, and excessive partiality to the Palestinian Authority. Unrwa says he was “separated” from the agency after writing anonymous emails to journalists trying to discredit the report. Mr. Shahwan says he’s on paid leave and hasn’t commented on specific allegations.

The 10-page report also accuses Deputy Commissioner-General Sandra Mitchell of using her power to get her husband, Robert Langridge, promoted to a more senior position. She stepped down but remains on staff. Ms. Mitchell and Mr. Langridge deny the allegations, as do Mr. Krähenbühl and Ms. Mohammedi.

In the past, Unrwa has been accused by Israel and independent researchers of employing Hamas members and using anti-Semitic textbooks. Rockets have also been found hidden at Unrwa schools on several occasions. Perhaps it’s unsurprising that an organization so corrupt at the bottom is even more corrupt at the top.

The report’s timing is especially damaging. Thanks to the Trump administration’s cuts in American funding to Unrwa earlier this year—reducing the U.S. contribution to zero—the agency’s fortunes have plummeted. U.N. Secretary-General António Guterres, who sat on the ethics findings for months, indicated in July that he is “committed to acting swiftly on the full report.” Now Switzerland, Belgium and the Netherlands have suspended their funding pending an investigation. Excessive business-class travel probably didn’t sit well with donors who have been showered with stories about the dire state of Unrwa’s finances.

Completely reliant on donors, Unrwa is always living on the edge, with uncertain funding and a culture of secrecy. The agency regularly assesses its management, but it publishes uniformly positive reports. The imperative is always to support calls for future funding and avoid lending ammunition to critics, namely the U.S. and Israel.

One lesson is that funders must demand internal controls, external audits and public access to information. Assurances regarding Palestinian needs aren’t enough. Scrutiny is also needed for the Palestinian Authority, which uses foreign aid to pay hundreds of millions of dollars in pensions to terrorists and their families.

A second lesson concerns the danger of devoting an international organization to a single population. Unrwa was effectively taken over by Palestinians decades ago. Politicization began at the bottom with school curricula, but crept upward with senior managers calling for the Palestinian right of return.

The U.S. funding cuts were the first serious challenges to a long overripe status quo. This latest scandal is an opportunity for the U.S., joined by other angry donors, to demand a phaseout plan for the entire organization.

Unrwa’s 30,000 employees could join the Palestinian Authority, which would take over its health, education and welfare responsibilities like the state it claims to be. Unrwa’s expensive international cadre, including lobbyists in Washington and Geneva, should be disbanded. And Palestinian residents of Arab states—all of whom are considered refugees by Unrwa—should become citizens of those states, as they are in Jordan, or of the Palestinian Authority. If Palestinians truly desire a state, they should join the call for Unrwa’s abolition. 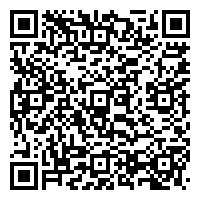