Last week, the United Nations Human Rights Council (HRC) – an overtly political body that hypocritically includes some of the world’s worst human rights violators – published a blacklist of companies that they claim do business with, or in, Israeli settlements. The goal was to defame these companies by falsely implying that they are responsible for human rights violations.

HRC did this despite the fact that it has neither the capacity nor the competence nor the authority to deal with business enterprises or promote non-binding politically-biased guidelines with respect to business practices.

To be clear, there is no international law whatsoever prohibiting business activity in conflict areas, occupied territory, or settlements.

The idea that the companies on this list are violating human rights is almost laughable. As NGO Monitor noted, “A major category of listed companies are those providing consumer goods and services (food, telecommunications, transportation, gas, water) to both Palestinians and Israelis.” Apparently HRC considers providing basic necessities to Palestinians a human rights violation.

The UN also embarrassingly ignores the fact that according to several international agreements – including Oslo I, II, and the Cairo Agreement – Israel is supposed to provide these items. It also forgets that if Israel really were an occupying power, it would be required to provide them under the 4th Geneva Convention. This aside from the practical reality that as a matter of social responsibility, many of the employees in these companies are Palestinian and their closure would wreak havoc on those families.

Publishing the list was an attempt by HRC to damage Israel’s economy and – as per the description of UN officials – was specifically aimed at companies owned by, or do business with, Jews. It was meant to bolster the anti-Semitic Boycott, Divestment, and Sanctions (BDS) campaign.

In an uncharacteristically honest moment, High Commissioner Michelle Bachalat actually admitted that the process that produced the list was “unprecedented.” Despite the fact that business activity in disputed territories is not uncommon internationally, no other countries have been targeted for boycotts. Unfortunately this discriminatory treatment of Israel is not surprising, and reflects the HRC’s well-documented institutional bias against the Jewish state. That bias is so strong that in 2018 the United States left the Council in protest.

This new list is just another in a long line of attempts by the UN to bully Israel, and to bully others into bullying Israel. And yet despite the non-legal nature of this list, some companies on it may be worried and wondering how it might affect them and whether or not they should do anything in response.

In order to help fend off any illegitimate pressure that companies may be feeling, here are some strictly business non-political reasons why responsible companies should not let themselves be bullied into boycotting Israel:

First, engaging in BDS involves blatant discrimination on the basis of nationality and ethnicity, and U.S. anti-boycott regulations under the 1977 Export Administration Act (EAA) and the Ribicoff Amendment to the 1976 Tax Reform Act (TRA) prohibit such behavior. Violation of these and similar regulations carry heavy administrative as well as criminal penalties in state and federal courts throughout the country, and so succumbing to the HRC’s pressure campaign could expose a company to expensive legal challenges.

Second, boycotting Israel in a discriminatory fashion violates the fiduciary duties of loyalty and care that officers and directors owe a corporation. The duty of loyalty requires decision makers to put the welfare and best interests of the company before their own personal interests and feelings, and the duty of care requires them to reasonably consider the impact of their decisions on the company’s prospects.

Boycotting Israel is, at the simplest level, bad for business. Nearly 30 states already have anti-BDS legislation in place that would block those states from doing business with companies engaged in BDS. Losing money in the service of controversial and potentially illegal ideological stances cannot be justified under any theory of good corporate governance.

Finally, the companies on the blacklist are almost all public and are required to file documents with the Securities and Exchange Commission and send disclosure documents to investors and shareholders setting forth material risk factors affecting the company. A model disclosure for a company that suddenly decided to divest based on the UN blacklist campaign would probably look something like this:

Investment in our securities involve serious risks, because we are engaging in a boycott that targets Jews and the Jewish state, in violation of applicable laws, and for no corporate or business objectives. We are uncertain as to whether future political considerations will affect our business in other areas, and we may outsource decisions on this matter to the United Nations Human Rights Council, despite its known biases and lack of any authority or expertise whatsoever.

We may incur significant liability and cost in defending the company against litigation and enforcement actions responding to our violations, and will likely incur loss of business from jurisdictions that have anti-boycott provisions in place.

As a matter of basic principle, American companies should be allowed to make their own choices about their partners, investments, and relationships and not be coerced by a discriminatory subset of the United Nations into altering these decisions. The HRC blacklist carries no legal significance in either international or domestic law, but, as outlined above, can carry legal ramifications for companies who engage in BDS activities.

The blacklist promotes blatant discriminatory business practices on the basis of nationality and ethnicity that are deeply offensive to American values and contrary to public policy, which is why there has been bipartisan condemnation of its publication by U.S. lawmakers. Directors should think twice before they submit to corporate extortion and blackmail.

This is especially true when conforming would hurt the very people the perpetrators are pretending to protect, not to mention a company’s own reputation and bottom line. 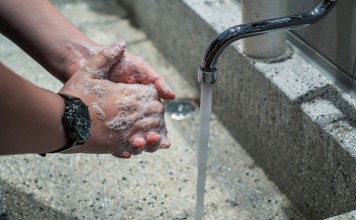 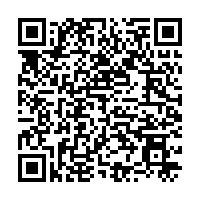