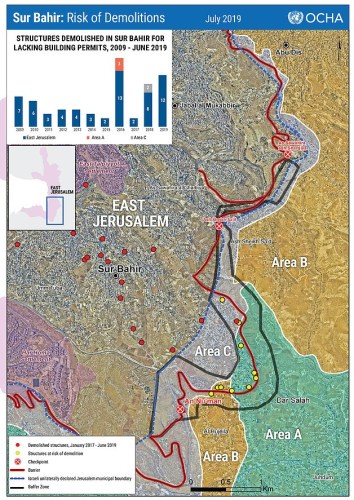 What’s going on in Wadi Hummus? Behind the tumult, and the Supreme Court ruling that approved Israel’s demolition of 12 buildings in Wadi Hummus on July 22, 2019 – an unofficial extension of the Sur Baher neighborhood in east Jerusalem – stands the murky and unusual legal status of the place and its residents.


Wadi Hummus is not included in the municipal territory of Jerusalem but is adjacent to it.1 Israeli law, jurisdiction, and administration have not been applied to Wadi Hummus as they have been applied to tens of thousands of other dunams in the former territory of Jordanian Jerusalem and villages in the Jerusalem area. Those were “annexed,” of course, after 1967 and became part of Israeli Jerusalem under Israeli sovereignty – unlike Wadi Hummus, which remained outside the “annexation” borders.

In the south, in Wadi Hummus, the situation is the opposite: Wadi Hummus, which is not part of Jerusalem, and not under Israeli sovereignty, was included, at the request of the local Arab residents, within the security fence (the “Jerusalem belt”) that Israel built around Jerusalem amid the wave of suicide bombings and terror during the Second Intifada. The residents even appealed to the Supreme Court on the matter.

In both the north and the south, the two Jerusalem locations that were situated outside the fence and in non-Jerusalem locations included within it, have seen over the years a process of chaos, absence of government, neglect, criminality, poverty, and lack of effective building supervision. In both cases, the areas in question have become a kind of no-man’s-land, “stuck” between Israel and the Palestinian Authority, in which there is no law and no judge.

In Wadi Hummus, an area of about 400 dunams, an estimated 5,000 people now reside who constitute one-third to one-fourth of the residents of Sur Baher. Over the years, the area has become an eastern enlargement of Sur Baher, where building possibilities are relatively few and limited. From the standpoint of the Sur Baher residents, the extensive construction in Wadi Hummus offers a kind of solution for their own housing and building shortage.

In addition, about 17 years ago while the Sharon government was in office, a decision was made to build the “security fence” (Jerusalem belt). That decision was reached because of frequent terror and suicide attacks throughout Israel and particularly in Jerusalem. The route of the fence, which encompasses Jerusalem, was determined in terms of both “security” and “serving the Israeli interest.” The length of the route was planned to be 168 kilometers, but many of the sections within West Bank territory are yet to be built. However, the large majority of the sections along or close to the jurisdictional boundary of Jerusalem have been completed.

In the area of Sur Baher, the state planned to locate the security fence on the route of the jurisdictional boundary. But vigorous lobbying activity, including an appeal to the Supreme Court by residents who opposed detaching Wadi Hummus from Sur Baher, brought about a change in the decision. The result was that Wadi Hummus was included within the route of the fence even though it is not part of Jerusalem.

Over the years, the courts, too, have had trouble accepting this mix and, in fact, have issued contradictory rulings. For example, on the same day in 2009, two judges on the Jerusalem District Court gave contradictory rulings pertaining to the Wadi Hummus residents. One judge decided that the population there should be granted the rights of Israeli residents, while another judge determined that the population there should not be granted such rights.3 In an additional ruling, the Supreme Court assented to the state’s position and laid down that the Wadi Hummus residents who held PA documents were not entitled to the status of permanent Jerusalem residents and hence had to renew their residency permits for Wadi Hummus every six months.4

In actuality, the Jerusalem municipality – to which Wadi Hummus does not officially belong – provides the neighborhood with minimal services, such as garbage removal, but has no planning and licensing authority there. Yet the Palestinian Authority, in whose territory most of Wadi Hummus is located, has trouble communicating with residents who are across the fence in a kind of Israeli enclave.

At the end of 2011, about six years after the separation fence was built in the area, the army issued an order prohibiting building in a strip extending 100 to 300 meters on both sides of the fence. According to B’Tselem and other sources, “This order was needed to create an open buffer that [the army] required for its activity since the Wadi Hummus area is prone to illegal entry from the West Bank to Jerusalem. According to IDF data at the time the order was issued, there were already 134 structures in the area designated as prohibited for building. Since then, tens of additional structures have been built, and as of mid-2019 there were already 231.” Some of these are multi-story, some only in a skeletal state. They were built at a distance of tens of meters from the fence and scattered among the areas defined as A, B, and C.5

At the end of 2016, the IDF demolished three buildings in the neighborhood and announced its intention to raze another 15 there. In 2017, the residents appealed to the Supreme Court. They claimed that most of them had received building permits from the Palestinian Authority, which was formally responsible for the area in which the structures were built. While the case was being argued in the court, the state announced that four of the buildings would be only partially dismantled and the demolition orders for two others would be canceled. A few months ago, Supreme Court Justices Menachem Mazuz, Uzi Vogelman, and Isaac Amit rejected the residents’ appeal and allowed the state to carry out the demolitions.

In his ruling, Justice Mazuz wrote that “the authority of the military commander to apply his authority for security reasons, including imposing restrictions on building based on military security needs, also applies to Areas A and B.”6 Mazuz noted, “Any building that is carried out in contravention of the order prohibiting building, even in Areas A and B, is illegal, and it is clear that a civilian permit from the Palestinian planning authorities does not detract from the authority of the military commander in this regard.” According to Mazuz, “The petitioners sealed their own fate when they began and continued building the structures that are the object of the petitions without receiving special approval from the military commander and while ignoring the order.”7

The story of Wadi Hummus, like the stories of Kafr Aqab and the Shuafat refugee camp in the north, sheds light on the incongruence that was created between the municipal boundary of Jerusalem and the security fence. Indeed, two kinds of “enclaves” were created: the first kind comprises parts of Jerusalem that are outside the security fence, while the second kind comprises areas that are inside the fence but outside the city’s jurisdictional boundaries. In a recent report, David Koren, the former adviser to Mayor Nir Barkat on eastern Jerusalem affairs, summed up the facts regarding this incongruence:8

Notable enclaves that are outside the route of the fence and within the municipal jurisdiction boundary are:

The total of all the territories that are beyond the security fence but within the City of Jerusalem’s jurisdiction is estimated at 3,430 dunams, and the number of residents of these territories comes to 120,000-140,000.

A second kind of enclave comprises those that are outside Jerusalem’s jurisdictional boundary but inside the fence. The notable ones are:

The total of all the lands beyond the municipal border but within the fence comes to 9,690 dunams. The number of Arab residents of these areas comes to about 7,000.

3 For more on this issue, see Michael Greenberg, “The Legal Imbroglio of the Wadi Hummus Residents,” NRG website, March 11, 2009 (Hebrew).

4 The information is taken from the file: “The Demolitions in Wadi al-Hummus,” B’Tselem website, July 22, 2019 (Hebrew).

8 David Koren, “The Arab Neighborhoods between the Security Fence and the Municipal Boundary of Jerusalem,” website of the Jerusalem Institute for Strategy and Security, January 2, 2019 (Hebrew). 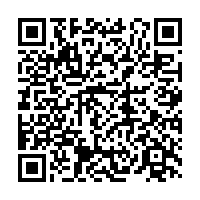