In response to the United Nations report issued recently which accused Israel of war crimes, Israeli Foreign Ministry officials thundered that “It is well known that the entire process that led to the production of this report was politically motivated and morally flawed from the outset.” We agree.

Across the political spectrum in Israel, the United Nations report was condemned – noting its purpose was simple – to undermine Israel’s right to defend its citizens from attack.

There is blood on the hands of those who wrote the report – as well as those organizations funded by The New Israel Fund who provided factually inaccurate information to the United Nations. They are responsible for this modern day blood libel against Israel.

MK Tzipi Livni – a Netanyahu opponent – denounced the report noting it was “born in sin by a committee that systematically and proactively attacks Israel.” Livni added, “We will not accept a comparison between IDF soldiers and terrorists. We will not agree to speak about IDF soldiers and terrorists in the same breath. This is an important distinction for any country fighting terrorism.”

Put most simply, this report gives a boost to terrorist organizations around the world by allowing them to continue to attack innocent civilians.

While Israel chose not to cooperate with the biased UN, factually questionable information was provided by numerous organizations funded by the extremist New Israel Fund (NIF), including B’Tselem (69 mentions in the report), Human Rights Watch (22 mentions), Physicians For Human Rights-Israel (16), Hamoked (12), Breaking The Silence (8), Adalah (8), and Yesh Din (5.).

Bennett said today from the Knesset: “I saw the report, and I saw here several recognized organizations: Breaking the Silence, B’Tselem — and I ask myself: B’Tselem? Our B’Tselem? That cannot be. So I had to make sure.”

I went on the website of The New Israel Fund, who invented the granting of this patent of putting soldiers on trial for war crimes. Please note – the B’Tselem organization was nominated for the Campaign to name Children from Gaza Killed During Protective Edge. Why would the world file complaints against us? We’re so good at harming ourselves – [via] organizations such as B’Tselem, the New Israel Fund, Breaking the Silence. After all, if the world would miss a war crime to attribute to us – there are those of us who would find it all by ourselves. Like a homecoming party, the radical leftist organizations meet after each operation of the IDF, and tell the UN that we are war criminals,” he added.

Many in Israel have called for an end to funding of these organizations who harm Israel’s interests. We join them, and agree it is time that those responsible for funding the organizations behind this report immediately stop helping the enemies of Jews.

Labor Zionist leader Berl Katznelson once asked, “Is there another people on Earth so emotionally twisted that they consider everything their nation does despicable and hateful, while every murder, rape, robbery committed by their enemies fill their hearts with admiration and awe?”

Professor Gerald Steinberg, an Israeli academic said recently that “While the leaders of the New Israel Fund… claim to support Israel and human rights principles, they enable the highly destructive activities that do the opposite. By the time these funders acknowledge this failure and end their support, the damage will be done.”

We say loud and clear to the United Nations, The New Israel Fund & their donors: The State Of Israel will continue to defend itself whether you like it or not. And we will say forever – shame on you. Stop strengthening terrorists & funding the enemies of Israel. 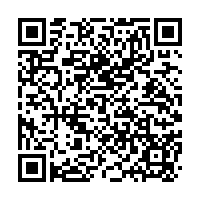