Jerusalem District Police tightened security in and around the Old City on Friday for Ramadan prayers taking place at the Al Aqsa mosque on the Temple Mount.

Thousands of Palestinian Authority Arabs are expected to flow into the mosque for worship on the third Friday of the Islamic holy month.


“Apart from standard security measures, extra police units will be stationed in and around the Old City as well as at the checkpoint at Rachel’s Crossing and at the Kalandia Crossing, where there have been terrorist attacks,” Israel Police spokesperson Mickey Rosenfeld said in a statement on Thursday.

Last week a female IDF officer nearly lost her life to a female Arab terrorist at a checkpoint near Rachel’s Tomb on the outskirts of the capital. In a separate incident, a Border Police officer was nearly killed by another Arab attacker near the Damascus Gate to the Old City of Jerusalem.

“Updates are being made on the general security situation all the time,” Rosenfeld added. “If there are any changes, we will act accordingly and more security measures will be implemented. Police are leaving nothing to chance.”

This past Tuesday Border Police officers were forced to shoot a 21-year-old Arab terrorist at the Kalandia Crossing as he charged officers while yelling “Allahu Akbar” (God is Great.) The security checkpoint separates northern Jerusalem from Ramallah.

Defense Minister Moshe Ya’alon and IDF Chief of Staff Gadi Eizenkot ordered the closure of a major Negev highway due to security concerns along Israel’s southern border. In addition, Israel is allowing Egypt to deploy more troops in the Sinai Peninsula than permitted under the terms of the 1979 peace treaty between the two nations.

The road, which crosses the desert towards Eilat at the southernmost tip of the country, was temporarily closed to civilian traffic beginning at 5 am Friday. 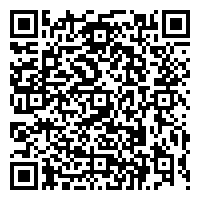