On the eve of the Six-Day War, Israel stood alone.

The events of June 1967 came just a decade after the 1956 Sinai Campaign waged by Israel, France and Great Britain to protect international passage through the Suez Canal.

When Israeli troops, shortly after their victory over Egypt, were forced under international pressure to withdraw from the Sinai, then-Israeli Foreign Minister Golda Meir stated before the UN that Israel’s retreat was based on President Dwight Eisenhower’s declaration that “We should not assume that if Israel withdraws, Egypt will prevent Israeli shipping from using the Suez Canal or the Gulf of Aqaba.”

Eleven years later, on May 16, 1967, Egypt did just that. Nasser demanded that UN peacekeeping forces evacuate the Sinai. On May 22, Nasser blockaded the Straits of Tiran to Israeli ships.

In one fell swoop, the international guarantees granted to Israel after its 1956 withdrawal were null. A hostile Egypt was primed for war and had troops positioned in the Sinai.

President Lyndon Johnson opposed Egypt’s move, saying the U.S. considered the Gulf of Aqaba to be “an international waterway.” Vocal opposition from the international community was limited, however, and passage of Israeli ships bound for the port city of Eilat was barred.

On May 18, 1967, in a rare moment for the UN, Secretary General U Thant described Syrian terror attacks across Israel borders as “contrary to the spirit and letter of the United Nations.” The UN leader had actually criticized an Arab regime without also finding fault with Israel.

Arab leaders, meanwhile, were clamoring for the destruction of Israel.

King Faisal of Saudi Arabia stated, “The first priority of the Arabs is the extermination of Israel.” Hafez El Assad of Syria said the time had come to “enter into a battle of annihilation.”

On May 26, Egyptian President Nasser announced that his country was ready for all-out war, the main goal of which would be “the destruction of Israel.” He spoke of “inflicting punishment that will go beyond the imagination of the aggressor.”

Radio Cairo exhorted its listeners, “Massacre all the men all the women, all the children of Israel.”

France suspended arms shipments to Israel and a number of Arab nations. Great Britain announced its neutrality. The U.S. reiterated its commitment to support the territorial integrity of all nations in the Middle East.

Washington appealed to Israel for calm, urging the Eshkol government to avoid taking “hasty” action. In Israel, though, the thinking was that war was inevitable. Waiting would only work to the advantage of Nasser.

On May 25, U Thant conducted a “very cordial” meeting with Nasser, though of course the Security Council failed to defuse the crisis.

How would Israel respond? Arab armies were massing, their soldiers primed for battle. Israelis were accessing the risks and dangers; the country’s burial societies were designating open areas to bury the anticipated large number of fatalities.

And the situation only continued to escalate.

On May 28, PLO terrorists and Arab irregular troops from Gaza launched mortars and turned their machine guns on Israeli farmers and soldiers.

The day the actual fighting started, Israeli civilians again came under attack. Jordanian guns from Kalkilya lobbed mortar shells on Tel Aviv. There were no casualties. There was, however, severe damage in Jerusalem as heavy fire rained down on the city’s residents. In that first day of shelling, ten Israelis were killed and one hundred wounded. By the time the Old City of Jerusalem was liberated two days later, there were some five hundred Israeli civilian casualties. One thousand buildings were damaged.

The UN Security Council unanimously voted for a cease-fire as soon as it became obvious that Israel was in the process of racking up a victory of historic proportions. As Defense Minister Moshe Dayan put it, “The United nations had kept peace in the Middle east only as long as President Nasser did not want to start war again.”

Jenin, the first town Israel captured in Judea and Samaria, was nearly empty after its inhabitants had fled in fear. Soon, realizing they were in no danger, Arab civilians began streaming back. When Israeli forces entered Bethlehem, they were met with hundreds of white flags.

In Hebron, Jews almost immediately visited the liberated Cave of the Patriarchs; the Arabs, who had prohibited Jewish entry for centuries, dared not object. The Arabs had initially feared that the victorious Jews would exact revenge for all the hostilities they, the Arabs, had initiated over the years. That was not to be the case, as Israel’s armed forces displayed unparalleled civility. (Eventually, of course, the Arabs, mistaking Israeli non-aggression for weakness, would become emboldened and again rise up against the Jewish state.) 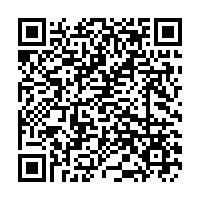