U.S. Secretary of State Mike Pompeo recently announced that America would no longer consider civilian settlements in the occupied territories of the West Bank as a violation of international law. Many Israelis have warmly embraced this move as a great moral victory for the Jewish state. And to be sure, Pompeo’s declaration reversed a 40-decade-old policy that regarded the settlements as a violation of international law.

The only proper response to Pompeo’s announcement is that it’s a long time coming. And, along with the U.S. announcement, moral citizens of the world must begin a radical reversal of certain anti-Israeli and anti-Jewry references to the so-called “settlers” of Judea and Samaria (the West Bank) and what has been mistakenly referred to as “Occupied Territory.”

To begin with, the Israeli Jews are not settlers in Judea and Samaria. From here on, they should be referred to as “heroic pioneers” on re-founded land in Holy Israel. This is the land of Moses—a nation unified under King David, the only nation blessed by God in the Bible renamed Palestine by the Romans in the second century and later artificially divided into three states. This is the nation occupied and destroyed, and its people exiled and conquered immorally under the Egyptians (1523 BCE‒1313 BCE); Babylon under King Nebuchadnezzar (423 BCE‒372 BCE); Persia/Media (372 BCE‒140 BCE); Greece (371 BCE‒140BCE); and Rome (69 CE‒present).

Under the Roman Empire, we witnessed the apocalyptic and most devastating blow to Jewish sovereignty that lasted for 2,000 years. It allowed for, among other dastardly intrusions, occupation under the Ottoman and British Empires. Let us not forget a few historical minutiae:

With the legal re-founding of the state of Israel in 1948, local Palestinian militia groups—along with Egypt, Jordan (then Transjordan), Syria, Iraq, Lebanon—fought a vicious war, supplemented by contingent forces from Saudi Arabia and Yemen, to annihilate tiny Israel. Jordan confiscated Judea and Samaria, which it illegally annexed in 1950. In a defensive war against Jordan in June of 1967, Israel retook its Holy lands of Judea and Samaria from Jordan in just six days. Let us remember that Judea and Samaria historically belonged to Holy Israel and the Jewish people. It never belonged to a “Palestinian state” or to a political entity known as “the Palestinians.”

Let us remember, too, that Palestinians are really Jordanians. There are no such people as the “Palestinian people.” Before 1964, the referents of such a term were the Jewish people. In any case, the post-1964 self-described “Palestinians” only began claiming the West Bank (Judea and Samaria) following the 1967 Six-Day War.

The Palestinian Liberation Organization was formed in 1964 in order to establish a Palestinian state inside the state of Israel. There was no mention of the West Bank, which had been illegally annexed by Jordan as part of a Palestinian state before 1967. So, the world must now say to the people who refer to themselves today as Palestinians:

Your people waged a ruthless war against Israel. You lost the war, and rather than be grateful that Israel did not fight a war of attrition as the United States did in Dresden, Germany, and in Nagasaki and Hiroshima in Japan, and annihilated you completely, you have the temerity to proclaim you have a right to reclaim rightfully won land.

We must, therefore, strike from our vocabulary the term “Occupied Territory.” The Jordanian annexation of Judea and Samaria was regarded as illegal. The British had relinquished its claim to the land when the British Mandate left the region. The Arab forces claimed vehemently that the 1949 Armistice line did not have any legal significance. By that reasoning, the land did not belong to anyone. Since the land did not belong to Transjordan, we must not use the term “Occupied Territory,” and under the precepts of international law, it is nonsensical nomenclature. If “Disputed Land” makes better sense, then that conceptually inane term was laid to rest when Israel legally won a war and conquered territory that was taken from it.

We must remember, too, that first the PLO, and now the Palestinian Authority, and Hamas have made permanent declarations of war against Israel. Their charters call for the obliteration of the State of Israel and the removal of Jewry from the area. Along with the indoctrination of a school curriculum promulgating hatred and debasement against Jews and Israel by both the P.A. and Hamas, the charters indict both parties in a state of war against Israel. The Second Intifada orchestrated by then PLO leader Yasser Arafat completely neutralized the Oslo Accords. This means that any action Israel takes against the P.A. and those who vote it into power—such as refusal to confer citizenship and voting privileges to a population that vote terrorist organizations into power—are moral responses to a declaration of permanent war by sworn enemies of the state. There can be no peace once those charters exist.

We must remember that before the 1948 re-founding of Israel, the region called Judea and Samaria was a primitive and primordial backwater with buildings, a few planted trees and grazing sheep with a plethora of shepherds. But it lay outside the process of history, and it was not progressing towards any growth and technological prosperity. Its trajectory was an inverted one. The pastoral and bucolic lives of shepherds make for nice short stories and sentimental poetry. An emulative and monumental civilization they do not constitute.

If there are occupiers in Judea and Samaria, then we may ostensibly point to them as the war settlers who are the Jordanian-Palestinians. They are the real occupiers and improper settlers of the land.

And so we must say to Israelis:

You have to expunge from your identity the term “settlers” and see yourselves as “noble pioneers” fulfilling your lost Manifest Destiny.

In the name of the best within you, do not sully and tarnish it by the prejudicial ways an envious and anti-Jewry world regards you, and wants you to view yourselves. Do not buy into their terminology. The only way the moral legitimacy of the re-founding of your Holy lands can be intransigently enforced and asserted to the world is if, on moral grounds, you persuade your government to totally annex all of Judea and Samaria.

Desist in referring to it as the “West Bank,” and, most importantly, declare proudly to the world that as noble pioneers your moral identities are non-negotiable. Announce defiantly that you have the moral right to determine who lives within the borders of your annexed territories. Treat your moral identity with the same implacability as you would a religious commandment. Let it be known that such an identity is a force of nature that behaves with the same inexorability and invariability as the laws of nature.

Proclaim proudly that you are noble pioneers and re-founders of the lost treasure troves of Holy Israel. And if you can do this consistently and without compromise to your sworn enemies, then:

The Glory is Yours.

(Jason D. Hill is professor of philosophy at DePaul University in Chicago and a Shillman Journalism Fellow at the David Horowitz Freedom Center) 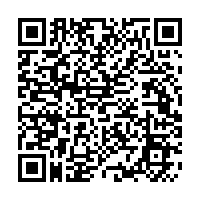