Israeli police operating on the village of Rajar (Ghajar) that straddles the border with Lebanon on Sunday thwarted an attempt to smuggle drugs into Israel and arrested a suspect.

Acting on a tip about a suspicious car that was approaching the crossing from Lebanon into Israel with a shipment of drugs in its trunk, the policemen stopped the car and found a sack with nine blocks of Hashish.

The 11 kg shipment of drugs was on its way for sale in Israel, the police said.

A suspect, a resident of Rajar in his 20s, was arrested and his car was confiscated.

The Israeli police stated it will “continue to work to eradicate the drug scourge with intelligence, operational and investigative efforts to prevent smuggling into Israel.”

The border between Israel and Lebanon is a drug-running route controlled by the Hezbollah terror organization and is also used for the smuggling of weapons.

The Alawite village of Kafr Rajar is situated on the Israeli-Lebanese border and the village is divided between the two countries. Because of its vulnerability, the site has been the scene of multiple smuggling attempts as well as terror attacks carried out by Hezbollah. 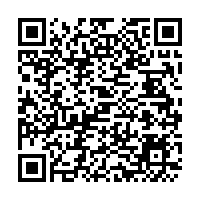