They’re baa-a-ack. Not content to embrace Americans with ties to organizations the left concedes are anti-Semitic—former Nation of Islam spokesman Keith Ellison and Hamas supporter Linda Sarsour come immediately to mind—the left remains committed to hijacking, mocking, degrading, and downplaying the troubling recent growth of real anti-Semitism by hurling the epithet at anyone who threatens their extremist progressive agenda.

Conspicuously complacent about the demonization of Israel and the ongoing attempts to eject Jews from their own progressive movement, they continue to rail against such dastardly “anti-Semites” as Mort Klein (of the pro-Israel Zionist Organization of America) and Steve Bannon (of pro-Israel Breitbart). On August 3, the Forward published “the most despicable article ever in Jewish media,” in the words of lifelong Democrat and soon-to-be-former liberal icon Alan Dershowitz. In “19 People Jews Should Worry About More than Linda Sarsour,” Steven Davidson – who self-identifies as a “progressive, feminist, anti-occupation, Arabic-speaker” manages to lump Klein, Bannon, and President Trump in with Iran’s Ayatollah Ali Khameini, Hezbollah’s Hasan Nasrallah, and—in a laughably clumsy attempt to try to sound mainstream—the actual leaders of the Nation of Islam and Hamas, Louis Farrakhan and Ismail Haniyeh, respectively.

Pride of place on the Forward’s list, however, goes to the hugely pro-Israel Sebastian Gorka. So feared and reviled is Gorka that he makes the list not once, but a whimsical twice. Davidson rehashes the Forward’s fabricated allegation that Gorka is “a member of a far-right group founded by Nazis,” calling him “AN ACTUAL ALLEGED MEMBER OF A NAZI-ALIGNED GROUP” (all caps in the original). Set aside for a moment the disturbing standard inherent in condemning anyone as an “actual alleged member” of anything. This is the same Steven Davidson who—on July 16—asked readers of the Forward “When Is it Okay to Call Someone a Nazi?” His purported concern at the time was that overuse of the label “inherently poses risks to our culture.” His considered answer now appears to be “August.” It’s also the same Steven Davidson who provided the notoriously anti-Israel website Mondoweiss with a lengthy essay describing his discomfort with the Israeli national anthem, Hatikvah.

On the other side of the equation, Davidson’s target is the same Sebastian Gorka that the Forward smeared with numerous hysterical fabrications (“ACTUAL ALLEGATIONS!”) in forty-plus articles between February and May. That phase of the leftist attack came to a screeching halt on May 8, when overwhelming evidence and a withering counterattack forced the Forward to concede that it had been unable to unearth even a single instance of Gorka ever uttering or writing anything even arguably anti-Semitic or anti-Israel.

And so, despite relentless fake news stories (“ACTUAL ALLEGATIONS!”) of Gorka being a Nazi sympathizer (he isn’t), being fired (he wasn’t), being disinvited to speak at the Jerusalem Post conference in New York (he appeared to a hero’s welcome and multiple standing ovations from the pro-Israel Jewish crowd), Gorka has emerged over the past six months as a leading White House contact for Jewish leaders and pro-Israel groups—as well as the Trump Administration’s most forceful and effective spokesperson on foreign policy after the President himself. To the dismay of progressives, Gorka, like his boss, is never apologetic about America. His near-daily media presence reinforces the critical messages that the President sent the world through his powerful Riyadh and Warsaw speeches: Trump’s America stands with allies and squares off against enemies.

Which explains the radical left’s Gorka obsession. The quixotic campaign to defame as an anti-Semite this man with an impeccable record on all matters pertaining to Israel or Jews was created on the pages of the Forward by Eli Clifton, a progressive operative with ties to radical anti-Israel websites and long denounced for his own “rhetoric of Jew-hatred.” The operation may have quieted down since May, but it has never gone away. The attacks continue to come –emanating exclusively from journalists with ties to rabidly anti-Israel sources like The Nation, Electronic Intifada, Mondoweiss and, tragically, the (formerly Jewish) Forward.

Davidson’s despicable-cum-ridiculous list may portend a new wave of attacks from leftist Israel haters. A journalist named Bob Dreyfuss is reportedly attempting to revive some of the discredited charges against Gorka, this time on behalf of Rolling Stone. That’s the same eminent publication whose managing editor excused its invented rape story – a notorious slander that tarnished an entire university – by explaining that reporters and editors frequently run explosive front-page articles without even attempting to contact the accused perpetrator. Journalistic integrity at its finest.

And who is Bob Dreyfuss? A former acolyte of anti-Semitic conspiracy theorist Lyndon Larouche who now writes favorably about Iran and the Muslim Brotherhood for The Nation and other leftist outlets. Indeed, Dreyfuss wrote a glowing review of Max Blumenthal’s disgustingly anti-Israel screed, “Goliath: Life and Loathing in Israel,” for the Middle East Policy Council (formerly the American Arab Affairs Council). That’s the same Goliath the Simon Weisenthal Center included on its list of Top Ten Anti-Semitic/Anti-Israel slurs of 2013 due to its efforts “to equate Israel with Nazis.” Much of Dreyfuss’s work exhibits a comparable concern with Jewish welfare.

That journalists like Dreyfuss and publications like Rolling Stone support leftist narratives—including those that are anti-Jewish—is disturbing but hardly surprising. They’re leftists, not Jews. Anti-Jewish leftists like Sarsour have demonstrated the political benefits of defaming Jews and Israel to leftist crowds. Rolling Stone is simply following its readership. What is frightening is their purpose: luring the masses of barely affiliated, disaffected, left-leaning American Jews into adopting their overt anti-Israel and anti-Jewish views.

These are but a few of the signposts that Jews should attend closely. The Democratic party has already traveled so far down the anti-Israel path that even pragmatic Democrats with important Jewish constituencies – Kirsten Gillibrand and Corey Booker come to mind – have felt compelled to follow. The Iran Deal travesty was not a one-off caused by an anti-Israel president. It was a highly visible marker of where the party has gone—and is going.

Even Chuck Schumer—who fashions himself the “Guardian of Israel,” and who has long relied on the political support of deeply pro-Israel Orthodox Jews—failed to work against the Iran deal. Instead, he took the lucrative position of voicing his opposition while excusing his colleagues who supported it. How long before the minority “leader” follows his party? Particularly when leftist Jews—writers like Davidson, publications like the Forward or Mondoweiss, and organizations like J Street and Jewish Voices for Peace—are urging him to do it?

These leftist Jews have made a devastating and dangerous choice. Throughout Jewish history, no group has inflicted greater harm on the Jewish community than Jews who join political movements committed to proving the perfidy of the Jews. We disagree with Alan Dershowitz on most matters of politics and policy, but on this he is correct. And we wonder how much longer he will remain tied to his party – or tolerated by it. Because, in the end, progressivism cannot tolerate Jews or Israel. Meanwhile, the Forward has indeed moved into despicable territory that should worry every American Jew—and every American, like Seb Gorka, who sees virtue and strength in Jews and in the Jewish State of Israel.

There are indeed groups and people that pose greater dangers to the American Jewish community than Linda Sarsour. Within the United States, nearly all of them are leftists. They are taking over the Democratic party and the Jewish establishment. And that, more than anything, should worry Jews. 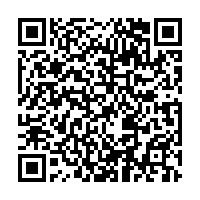