Back in the winter of 2015, when GOP presidential candidate Donald J. Trump was mostly the favorite daily dish of standup comedians and late night talk show hosts, he tweeted a rough, but valid assault on the sitting president: “When will President Obama issue the words RADICAL ISLAMIC TERRORISM? He can’t say it, and unless he will, the problem will not be solved!”

On Saturday, President Trump was showing the same troubling weakness as his predecessor, except regarding neo-Nazis, alt.right goons, White Supremacists, and KKK wizards like David Duke, who on Saturday endorsed Trump a second time, touting him as the de facto leader of the take back America crowd.


Trump, for his part, in distinct Obama-like fashion, was only able to turn out this unconvincing wet slice of white bread: “We ALL must be united & condemn all that hate stands for. There is no place for this kind of violence in America. Lets come together as one!”

It’s gotten so bad that, for the first time, Republicans have joined Democrats who reacted angrily when Trump said Saturday he tweeted in opposition to “this egregious display of hatred, bigotry and violence on many sides — on many sides.”

“Many sides,” mind you, as if to declare it was still unclear who was the culprit – and he tweeted this at 1 PM or thereabout, after hours upon hours during which Charlottesville, Virginia had looked like Hamburg or Munich during the Nazi rallies of the 1930s.

The angry Republicans include prominent leaders, some of whom never liked Trump, and others who just this weekend decided they had had enough: Senators Ben Sasse, Jeff Flake Marco Rubio, Orrin Hatch, and Cory Gardner.

Hatch was magnificent when he tweeted: “We should call evil by its name. My brother didn’t give his life fighting Hitler for Nazi ideas to go unchallenged here at home.”

Gardner, from Colorado, told CNN: “This isn’t a time for innuendo or to allow room to be read between the lines. This is a time to lay blame. […] This president has done an incredible job of naming terrorism around the globe as evil, he has said and called it out time and time again. And this president needs to do exactly that today.”

Rubio, who had been entangled in a furious battle against Trump last summer. was gentle compared with Hatch and Gardner. He tweeted: “Very important for the nation to hear @potus describe events in #Charlottesville for what they are, a terror attack by #whitesupremacists.”

Senator Ted Cruz has joined those condemning voices, saying: “The Nazis, the KKK and white supremacists are repulsive and evil, and all of us have a moral obligation to speak out against the lies, bigotry, anti-Semitism and hatred they propagate.”

These strong Republican voice have had an effect on the conduct of the US government, and the DOJ has launched an investigation into the Charlottesville riots that will hopefully set the record straight as to who is to blame for the violence and who was there to defend against a Nazi invasion.

The Anti-Defamation League on Sunday called on the White House to “terminate all staff with any ties to these extremists. There is no rationale for employing people who excuse hateful rhetoric and ugly incitement. They do not serve the values embodied in our Constitution nor the interests of the American people.”

“It is long overdue for the President to develop a plan of action to combat white supremacy and all forms of hate, including investing funds in countering violent extremism from all ideological corners. We stand ready to partner in this effort. Without a clear denunciation and plan of action, these bigots are only emboldened,” the ADL stated. 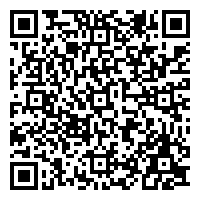