Polish journalist Anna Bikont has written a masterwork (The Crime and the Silence) about the infamous 1941 massacre of Jews in wartime Jedwabne – not by Nazi soldiers by their Polish Catholic neighbors.

At least forty residents of Jedwabne beat, herded, and drove between 200 and 340 of their Jewish neighbors into a barn, locked the doors, and set the barn on fire.


The killers took over all the Jewish homes and shops, moving right in – and without shame helped themselves to furniture, clothing, jewelry, china, market wares, and rich farming acreage. And they tried to keep what they had done secret; when challenged, they denied it. Every eyewitness was made to understand that anyone who “talked” would be killed.

In order to explain such a heinous massacre, Bikont begins by describing what the situation like was for Jews in rural, agricultural Poland in the 1920s and 1930s.

Catholic priests routinely preached and propagandized against Jews; a climate was created in which, according to Professor Jerzy Jedlicki, “hatred towards Jews, contempt and mockery of Jews, [became] part of twentieth-century European culture…”

In painstaking and painful detail, Bikont recounts what a relative, Oleg Wolynski, told her, an account confirmed by Zygmunt Klukowski’s Diary of the Occupation. The Poles eagerly took part in liquidation raids, “hunted down Jews, drove them to the magistrate or police station, beat them, kicked them. Boys chased little Jewish kids who were killed by policemen right in front of everyone.”

Before the Holocaust, Poles laughed and joked as they harassed, beat, hacked at, tortured, and burned alive Jewish men, women, and children.

Why do I refer to these events?

Most Arab and Muslim countries, before the advent of ISIS, significantly “cleansed” their countries of Jews by torturing and murdering them or by exiling them with a few dollars in their pockets.

Like the Poles of Jedwabne, Arab Muslims also took over all the Jewish homes, shops, factories, furniture, and land. Jews from Egypt, Iraq, Syria, and other Muslim countries never received the slightest compensation or sympathy.

Like the Polish Catholic priests in pre-World War II rural Poland, mullahs and imams in Palestine and all across the Muslim world have been whipping Muslims into a Jew-hating frenzy for a long, long time. With the advent of the Internet, their message of hate reaches significantly more people.

They have been empowered to do so by President Obama’s dangerously misguided foreign policy and by Palestinian religious and political leaders who have lied to their people about Jews endangering mosques and have imbued them with dangerous religious hatred.

Just like the Catholic priests did in rural Poland.

Earlier this month, Mrs. Odel Bennett, a wife and young mother of two, was returning with her family from praying at the Kotel. She was stabbed in the back and neck by a terrorist who had killed both her 22-year-old rabbi husband, Aharon, and 41-year-old Rabbi Nehemia Lavi. He had also shot her two-year-old son Natan in the leg.

The terrorist was a Palestinian law student. He was not illiterate. He was not educationally deprived, reduced to humiliating manual labor. He was not starving. (Many of the 9/11 terrorists were educated and came from solidly middle class families. Bin Laden himself was a multi-millionaire. This is different from rural, Catholic, pre-Holocaust Poland.)

As Mrs. Bennett staggered down an alley in the Old City, the terrorist’s knife still lodged in her neck, she begged the Arabs nearby to help her. Instead they “stood chatting and laughing – they spat at me.” One man continued to drink a soda; others shook her off when she tried to hold onto them to lift herself off the ground.

“I was looking for a glimmer of mercy in their eyes,” she said. She was rescued by Israeli police officers.

In 2010 at Yale, I chaired and spoke at a panel on anti-Semitism organized by Dr. Charles Small. One of the panelists, my friend and ally Dr. Richard Landes, ended his speech rather abruptly. He said:

Folks, they are coming to shecht [butcher] us. The least we can do is, like Balaam’s donkey, open a mouth.

Five years later, I share his words with everyone reading this. More than ever, we need to open our mouths. 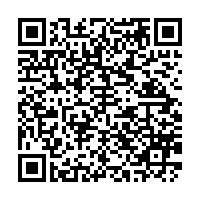